Well, i just checked  Maureen’s computer and she had not received the updated post,  so i’m trying once again. Oh yeh, it’s Monday.

i do not know if i can pull this off. This is supposed to be the follow-on to the original post with the photo where i asked if someone knew what it was. Jean Young and Sara Yahola are the only ones who responded. This is the next step in the process. If it doesn’t work as i intend, which is certainly a possibility considering my technical challenges, i will re-post.

The manuscript for my book has been sent to the editor and will go to the designer, graphics, layout guy next. i have some respite before the next phase goes into high gear. i have learned not to predict how long this will be. Of course, i will forget and create some kind of time table that will not be met.

The below is something which is the focus of a post i’m writing. i am wondering just how many folks will know what it is. 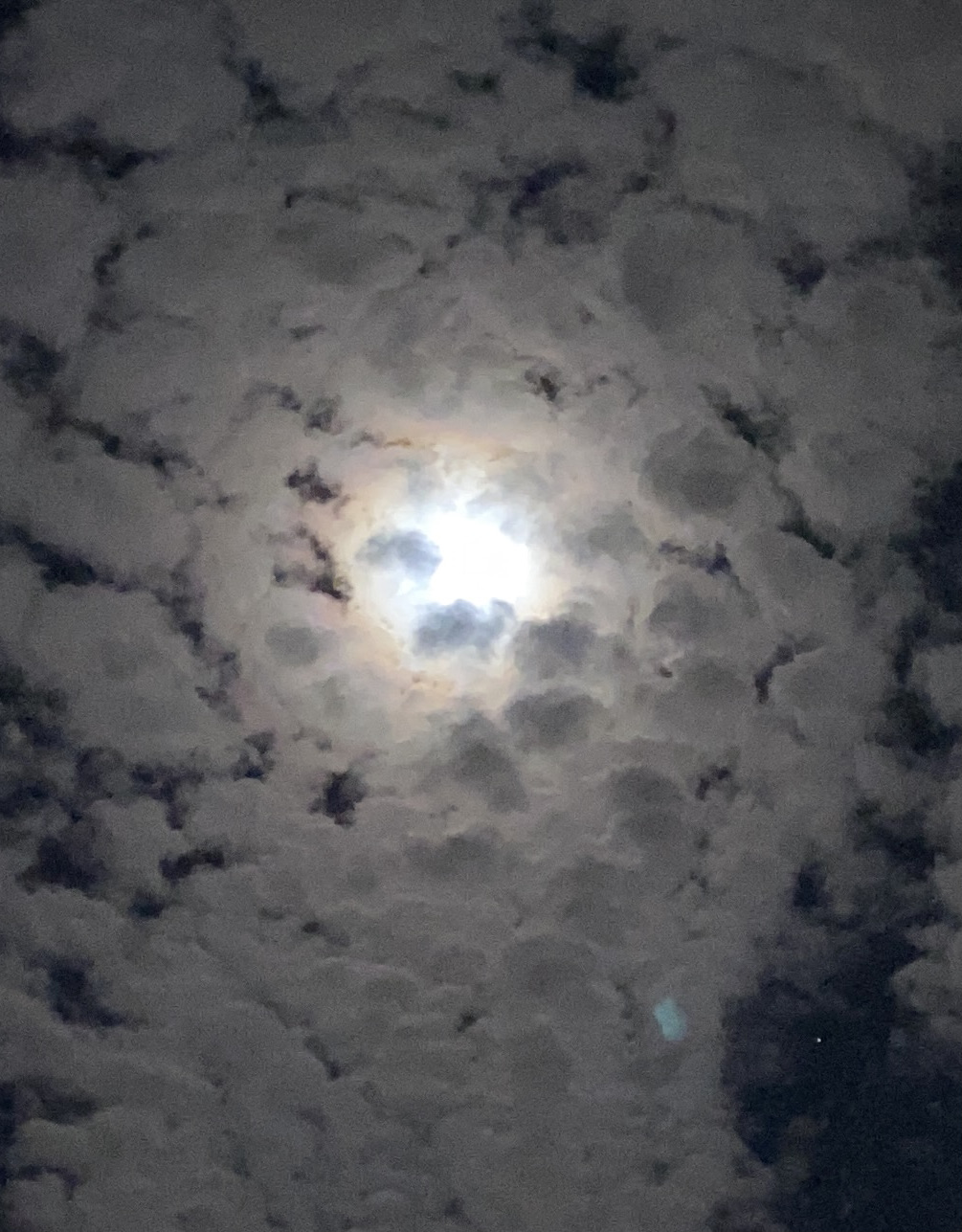 You see, the time change, yet another creation of something new for nothing, moved back the time (Right!). But Mother Nature countered with later and later sunrises. So, my morning strolls to the driveway to pick up the morning paper is different, dark in spite of man’s efforts to control time. Since this is the Southwest corner, it is most often clear and the stars, planets, and constellations dot the dark, near black (ah, remember real Navy blue) sky. But not this morning last Monday. No, not this past Monday.

i looked up at the sky and found something not ordinarily seen in these here parts: Stratocumulus clouds dominated the sky, but the waning gibbous moon, just a couple of days past full was not to be denied.

It was more like art than some natural phenomenon. Beautiful. Different. Took my breath away. Captured me.

It fit where i am. There are close family and friends in pain. There are many my age or younger who are gone. Growing old is, pardon my French or lack thereof, a bunch of shit. The country and the world seem obsessed with dominating, being right even if they are wrong, not considering others…well, pretty much ignoring all i was taught about Jesus’ teachings. Problems abound, and my golf game sucks. Bad jujube.

And there was this ominous, cloudy sky, hanging low, a fabric of cumulus bumps.

There was this moon, Diana saying don’t give up. There is light. There is hope.

i went from moaning to being hopeful.