You might say i’ve known her for a while.

She remains more like a sister than a cousin.

i could write volumes but i will just say, i was the first guest where she prepared dinner in her new Florida home back in 1961.

There were many pictures of us with her brother Jon in 1944-45 when their father was on a minesweeper out of Charleston, South Carolina, and mine was in the Southwest Pacific islands. This one was in the summer of ’45 i think. 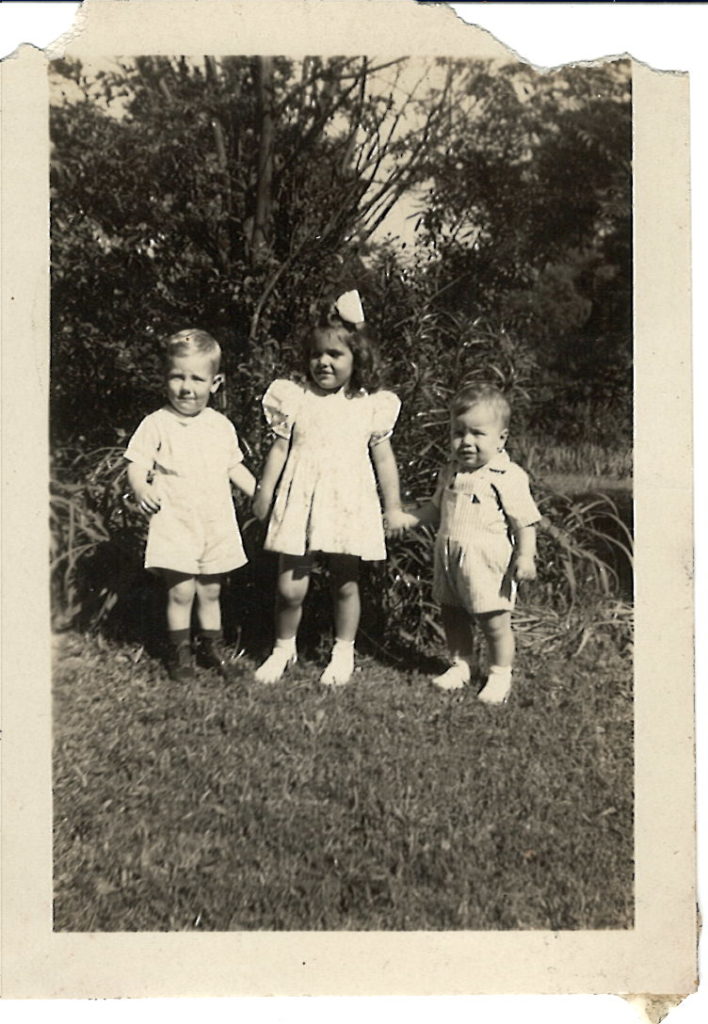 Happy Birthday, Nancy. You are one special person. Tell Bill, i said to give you a big hug and a special day.

2 thoughts on “Happy Birthday, just like an older sister”