Pete and Nancy Toennies, Peter and Sandra Thomas, and Maureen and moi enjoyed the three courses of unique  splendid gourmet servings with paired wines. Maureen and i have been there often either by ourselves, with other friends and family, and every once in a while with one of the other couples.  Thursday was the first time with the six of us together.

It was about as good an evening of dining i can remember.

As we savored the food and the wine, we told stories, we shared information, we learned more each other, and we laughed. Oh how we laughed.

All three of the wives are engaging, independent, intelligent, strong women who can tell stories and laugh like nobody’s business. They are all a delight.

As we sat there, i thought of how fortunate i have been in my life. i mean, it’s like my father said, “i have a good wife, great kids and  grandkids (singular for me). i’ve had a good life. All i want now is to go quick” — He was 87 and lived another 12 years, and yes, he went quick.

Although i’m okay with going quick, i’d like to hang around for a while. i’m pretty sure i won’t get near my father’s longevity of just shy of 99 and not even sure i want to. Yet, i would like to spend some more time with my family and my heroes.

By the time i got to college, i had pretty well got out of the hero mood. There were athletes i admired; there were some friends and others i looked up to, and my male relatives a generation older (yes, i had heroines also, but that is another story).  But i really was out of the hero worship thing.

i lived a life i’m guessing was like many males of my generation. i did some good things, i did some bad things although not intentionally to hurt anyone. i made some good decisions and i made some mistakes that will live with me the rest of my life. To me i was/am no hero. i’m not only fine with that, i prefer it that way. i like to think i’ve lived my life as well as i could and never with ill intent, always trying to do the right thing. i like people and have all my life. i try very hard to never, ever categorize groups of people in any way, good or bad. i’ve seen enough to know there are well-intentioned people and people who lean toward self-interest in every grouping.

But as i have grown (i hope) through my years, i have once again revisited this hero thing. It’s not like my younger years. My heroes are not folks whom i idolize or wish to be like. i am satisfied being in my own skin. But i have met a lot of folks who are my heroes for what they have done in their lives.

The two guys i had dinner with last Thursday are two of my heroes.

i met Pete Toennies in 1979. Hobart, Tasmania, Australia. i think i’ve told that tale before. It was one of the wildest, most successful, most fun deployments in my Navy career (and i had quite a few of those, but this was the best). The two of us (and later, Nancy, who took care of me as well as Pete) ran together, played together, and just had fun.

Pete was an incredible athlete. He was an All-American swimmer at St. Johns, winning, what? six of the ten events he entered in the NCAA tournaments. He was the epitome of a Navy SEAL: 6-7, 220, 4% body fat, and goofier than just about anyone but me. He was fearless. He excelled at any athletic endeavor he took on (okay, okay, maybe not golf). He was a tireless worker, buying small houses, renovating them all by himself, renting, buying more before rolling them over into apartment complexes. A financial success. But more than anything else, he cared. He helped others succeed.

In 1983, we lost track of each other. We briefly connected in the mid-80’s but  for ten years, we just disappeared for a while. The Navy can do that: Surface, SEAL, coasts, deployments, often same places, different times.

But he took a shot and invited me to his retirement in the mid-90’s. i got it. i went. We were back on track and have been close friends ever since, my best friend in San Diego.

Sometime in the mid 2000’s, he and i were discussing a whole bunch of philosophy stuff — that’s dangerous by the way: Pete and i should not talk philosophical — and he said, rather surprisingly to himself and to me — we thought alike. He was right. We don’t agree on everything, but we can talk about the disagreements because we think alike. Good deal.

Pete is one of my heroes. 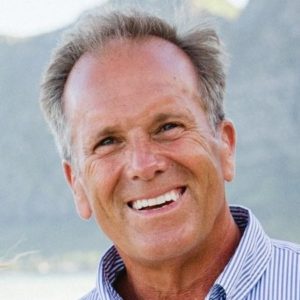 Peter is also — i call one Pete and the other Peter to keep from getting me confused. Peter Thomas is also an incredible athlete, even in golf. He has run about a gazillion iron man competitions including London, Rome, Paris, and the big one on the Big Island in the early 80’s, finishing second in the military division. Even after hip replacements, he was the U. S. number one in the 50-plus category in Xterra marathon (where it’s an iron man but in cross-country running, off-road biking, and rough water swimming.  As for golf, he won the U.S. all-military European Championship four years in a row and played in the British Amateur. There are a lot more things to list in his athletic achievements, but i’ll save that.

Oh yes, he was a pretty good sailor also. He was a nuclear machinist mate, a diver, good enough to become the 1982 Pacific Fleet Sailor of the Year. He became an LDO when he worked for me as the best Leadership and Management facilitator i ever knew (and i knew quite a few). He rose to the rank of commander as a submarine maintenance officer and, if it hadn’t been for Navy politics, would have made captain (should have). Since retiring, he has been an incredible success running maintenance programs for several military contractors and is now the vice-president of Life Cycle Engineering in charge of submarine maintenance work across the Pacific.

He met his wife Sandra when he was the repair officer on a submarine tender in Holy Loch, Scotland. Sandra is one of my most favorite women on earth. They are perfect for each other.

Pete and i have been involved in leadership training and information since we met in 1985. We share a lot of ideas about what makes a good, effective leader. Several years ago, i asked him what was the one thing he would say was most important to be an effective leader. Peter replied, “Do the right thing.” He’s right.

Pete and Peter have one thing in common: they never lost to me in racquetball from what i remember. i might have occasionally won a game; i don’t remember that happening; but they always won. And we played thousands and thousands of racquetball games.

Yet they are my heroes, not so much because of their success (and they have been successful in athletics, careers, and life) but because they are my friends.

Thank you, Pete and Peter.