i awoke this morning intending to be very productive. Continuing editing on my manuscript was high on my list. But first, i would prep the kitchen for Maureen’s French toast breakfast, straighten up what i forgot last night, repair some blinds, clean my grill, get rid of the pests attacking our tomatoes, and complete a post i began almost two weeks ago. Exercise and some more writing for friends were included.

Well, you see, i started piddlin’ with the excuse i was organizing my office, cleaning up the piles of paper and photos stacked in corners. Piddlin’.

So here is the result of that piddlin’. It is part of my effort to pass along family photos to family:

My mother and aunt in 1918. Wonder if any folks in Lebanon know about the “Novelty Studio.” It apparently was before Seat’s Studio was the go-to for portrait photography. 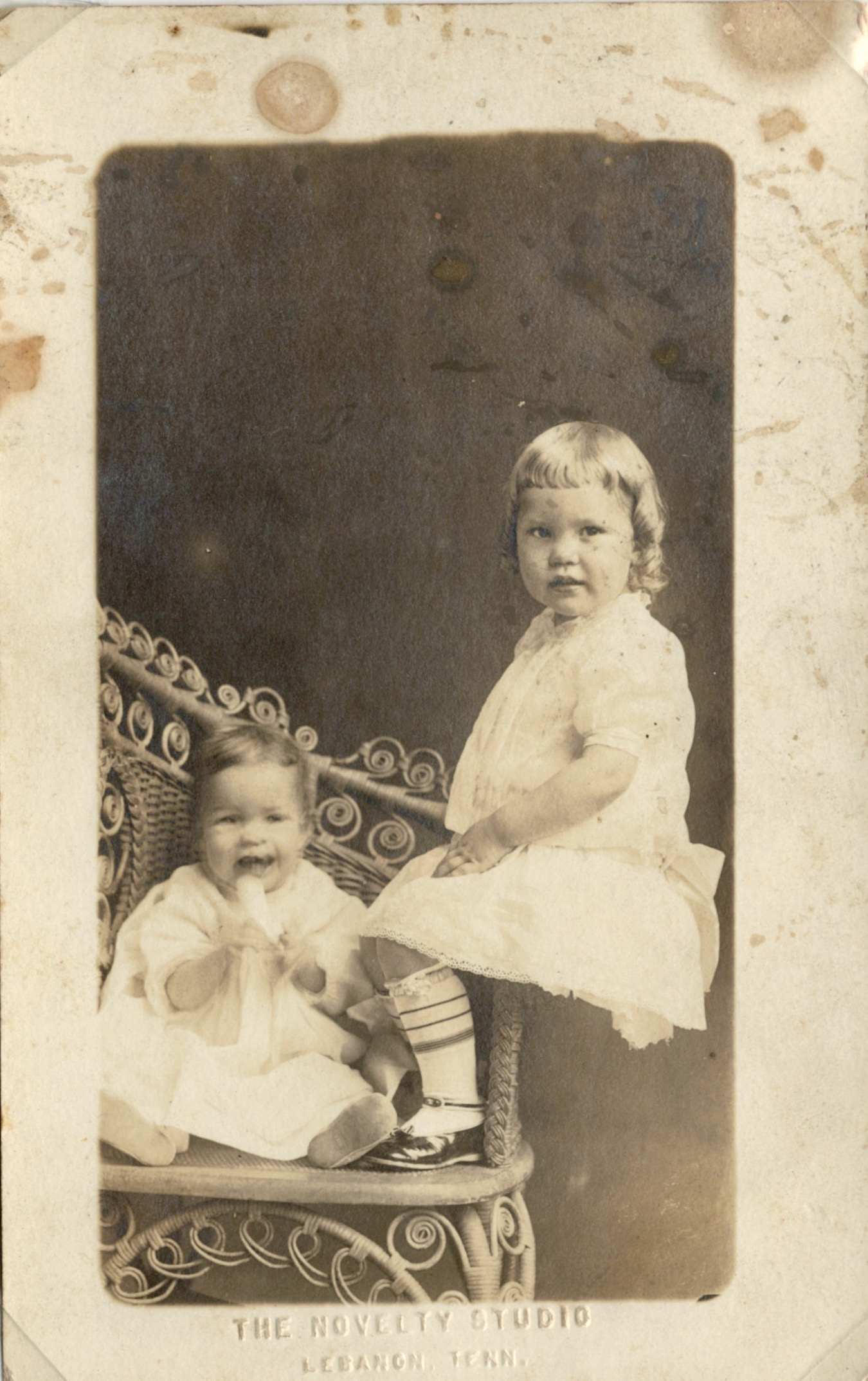 A family outing, in the Smokies, i think, in 1936. It was mostly Joseph and Kate Webster’s offspring…and one invited guest, my father, Jimmy Jewell, who is the first one on the left of the front row. Following down that row are Estelle Prichard, Bettye Kate Prichard, Ethel Bass, and Billy Prichard; second row: i’m not sure who the lady is. She appears too young to be my great aunt, Ida Wilson. I can’t name the gentlemen in the back row or the car. The second lady in the back row is Thelma Wilson Bass, the wife of Ethel. Finally, there is unmistakably my grandmother, Katherine, not soon enough to be known as “Granny,” Webster Prichard, the mother of the Prichard’s on the front row. 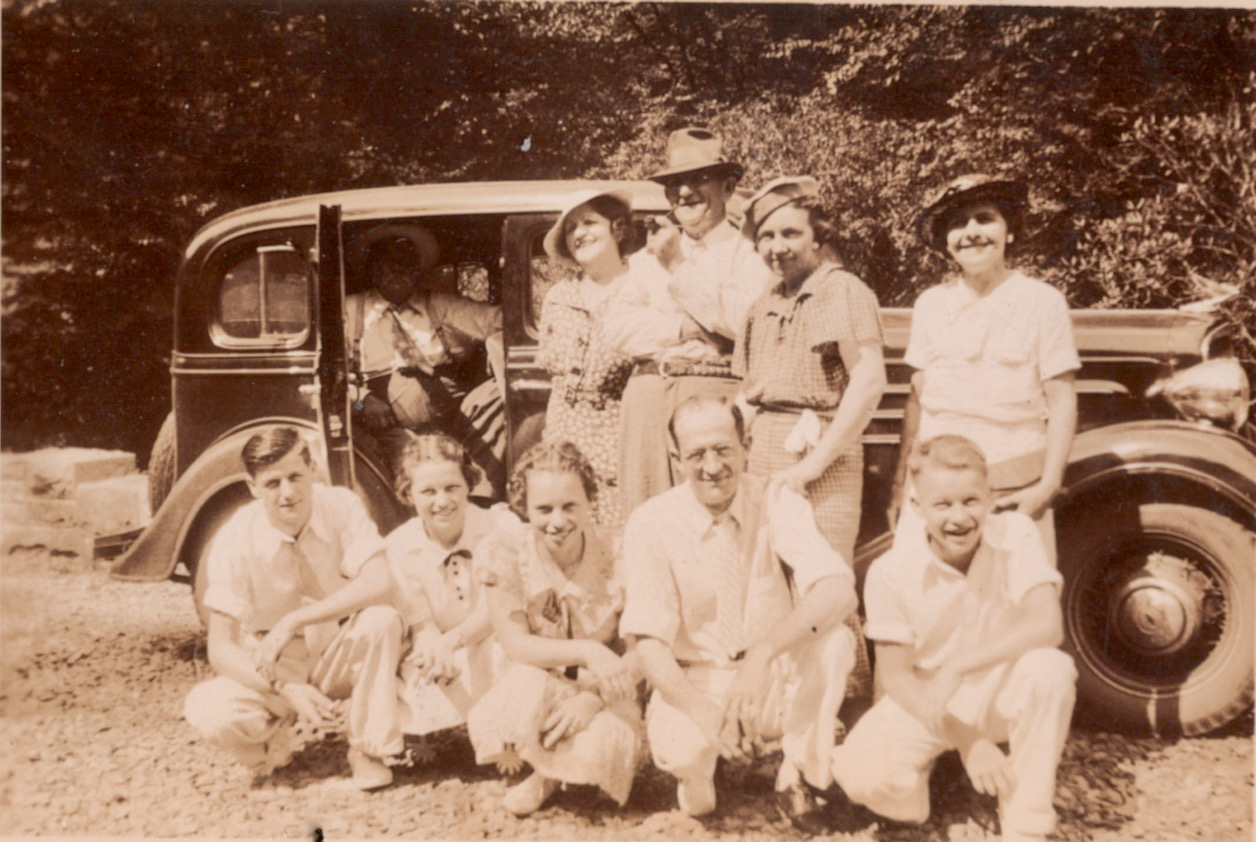 My mother, the graduating basketball star in June 1935: 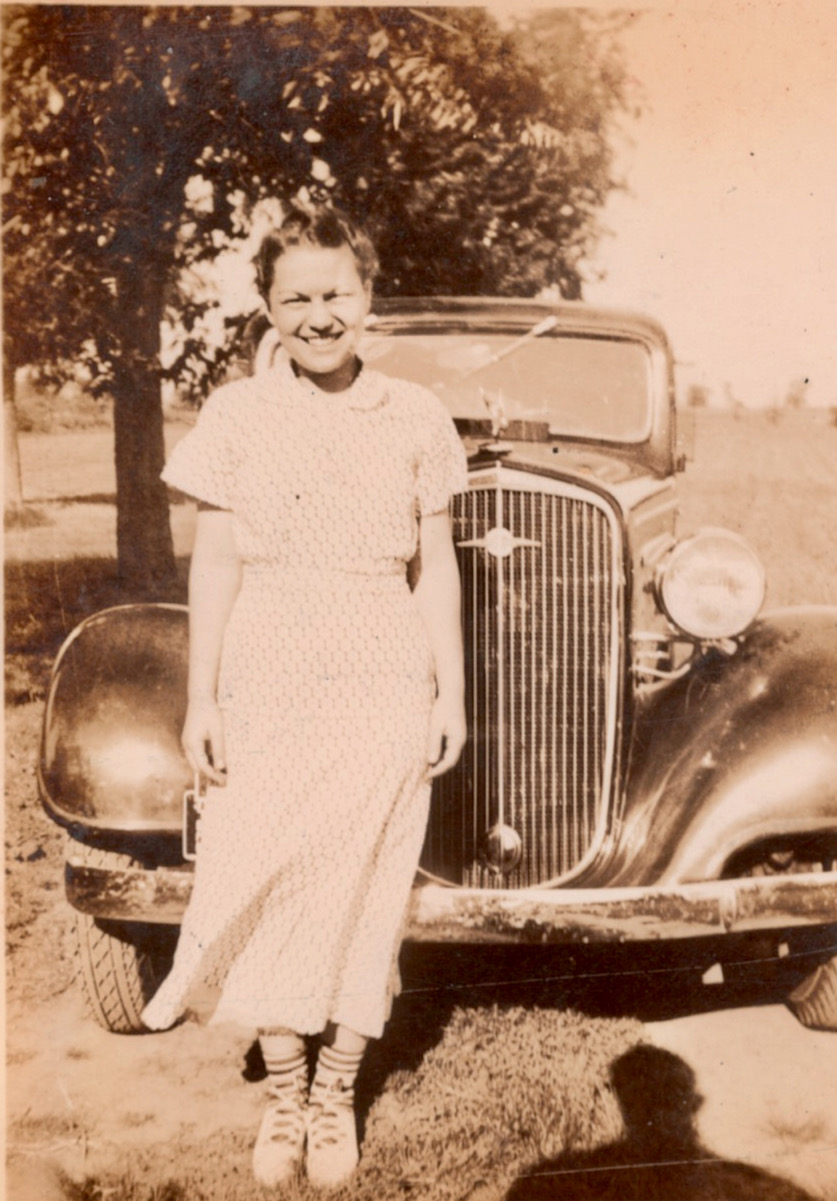 This one, discovered in my Aunt Evelyn’s cache her daughter Nancy Orr Schwarze a couple of years ago, is the best photo i have ever seen of my Uncle Bill’s P51 Mustang he flew out of Britain during World War II. 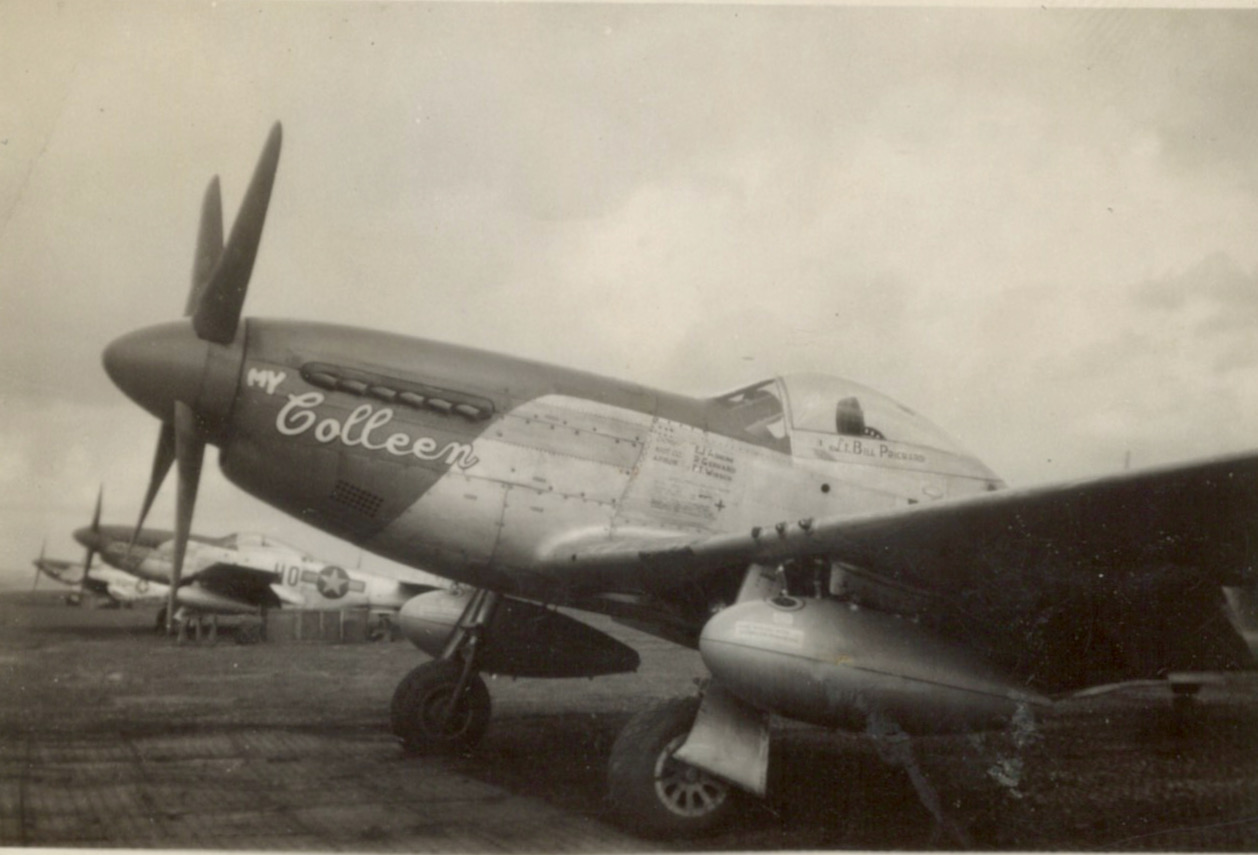 Sometimes piddlin’ has its own rewards.