After i learned of the news, i pulled a book down from my office bookshelf.

It was in the section i have for larger books with personal connections, such as college and high school annuals, mine, Maureen’s, my mother’s, and my father’s one, a duplicate of one of my mother’s. That section also contains my cruise books from five deployments and other commands during my Navy career. The section holds my brother’s book, The Elements of Prayer, my daughter Blythe’s book, Something Smells Like Pee, and my own book of poetry, A Pocket of Resistance: Selected Poems. The novels of my sister-in-law, Carla Neggers, have their own little area.

The book i pulled down after the news i learned was special.

Uncle Bob Lynch and i connected. He wrote the book, The Jimmie Lynch’s: Two Soldiers and Showmen. The book was typical Bob Lynch. He did not write it about him. He wrote it about his father and his older brother. He admired them. He loved them. He wanted to honor them. He did. He was proud of it. He gave me a copy right after he completed it when Maureen and i visited Bob and Wilma in their home in Georgetown, Texas.

Typical of Bob, he only mentions himself briefly in his book. It is all about his father and his older brother.

The title of Bob’s book is The Jimmie Lynchs: The Life Stories of Two Soldiers and Auto Thrill Showmen. They were.

Jimmie Lynch, Sr. joined the Army in 1917. He was 16, told the Army he was 18 and was gassed while he was on a mission as a motorcycle dispatch rider. They found him on the roadside. During his medical treatment, it was determined he was underage. He was  discharged and sent home.

After working as a mechanic in Texarkana, Texas,  Jimmie went to the 1932 World’s Fair in Chicago with a car he had modified to drive in a saddle on the car’s hood. He joined Barney Oldfield’s auto thrill show at the fair, and after the fair drove for “Lucky Teter and His Hell Drivers,” in the early 1930s. He started his own show, “Jimmie Lynch’s Death Dodgers, in 1935.

Jimmie Lynch’s show became nationally famous and performed all over the country. His show was one of the features of the 1939 World’s Fair in New York City.

His oldest son, Jimmie Lynch, Jr., began driving in his father’s auto thrill show when Senior started his “Jimmie Lynch and His Death Dodgers in 1935. Junior was 16. He continued driving in the show until he matriculated to Texas A&M in 1939. His class of ’43 graduated early as U.S. Army officers in World War II. After the war, Jimmie, Jr. returned to driving in the thrill show with his dad. When the Korean War broke out, he returned to Army active duty as an artillery officer, retiring in 1971. He moved home to Paris, Texas, refurbished a classic home built before 1900, and became known for his refinishing antique furniture.

As far as i know, Bob never drove for his father. He did graduate from Texas A&M and was in the Army for both World War II and the Korean War.

Korea in 1970 is when i entered the Lynch realm. i met and became engaged to Kathie, Col. Lynch and Nannie Bettie’s younger daughter in May 1971. i first met Bob and his wife Wilma at our wedding in Paris. We would meet occasionally at family gatherings. My earliest recollection was that he was an intelligent and gentle man.

Bob and Wilma settled in Waco where he was a businessman and an accountant. He provided his accounting expertise for my former wife Kathie and my daughter Blythe for years.

After Bob and Wilma retired and moved to Del Webb’s Sun City in Georgetown, Texas, i would go visit, several times with Maureen, and spend some time with the couple. Their home gushed Texas charm and books, lots of books.

Once or twice, he and i played golf on one of the development’s courses. Quality of play was secondary to just learning more about each other. After some maladies of aging prevented him from playing, he would invite my son-in-law, Jason Gander,  and me up from Austin, and would sponsor us playing those courses.

On one such trip, Bob gave me a tour of the development and the amenities, including swimming pools, gym, programs for many interests, including computers, arts, and crafts. He was proud of his home there. i suspect he was recruiting me to move Maureen and i from the Southwest corner. Had it not been so hot in Texas, we might have moved there.

On that tour, we went out from the hustle and bustle of the community. Bob showed me the park that was a memorial to veterans. He had a hand in creating and was proud of being a sponsor.

Then there was the time he gave me the  book. We were chatting in the family room. i was sitting on the sofa. He told me he had something for me, arose and went back to his work area. When he returned, he handed me the book and proudly said, “It’s yours.”

The book is mesmerizing. The photos are as interesting as Bob’s recounting. i have gone through it a bunch of times, remembering happiness.

Nannie Kat, Jimmie and Bob’s mother, divorced before Jimmie, Sr. began his thrill show. She married a farmer, Joe Haynes. Their farm was in Razor, Texas. Bob grew up there although he spent a great deal of time with his father. Joe Haynes was one of my favorite people in my life, bigger than life. Nannie Kat was the friendliest woman in Texas and their life on that farm was pastoral in both senses of the word. And folks, you ain’t had tomato juice until you have drank some of hers she would pull down from those high shelves in her country kitchen.

The Death Dodgers are gone. Nannie Kat and Joe have passed. Even beautiful Kathie Lynch Jewell, who loved her daughter and grandson more than the world, is no longer with us here. Bob left us this week. After all, we can only dodge death for so long.

Bob was a gentle man, quieter than his brother and, i suspect, his mother. Yet he was strong and always willing to step forward when someone needed help. He was proud of his heritage, and he loved his family, the ones with whom he grew up, and his own.

As i have come to write too often, he, like my father, father-in-law, and many friends and family, was a good man.

Rest in peace, Uncle Bob. You have been a great friend to share. 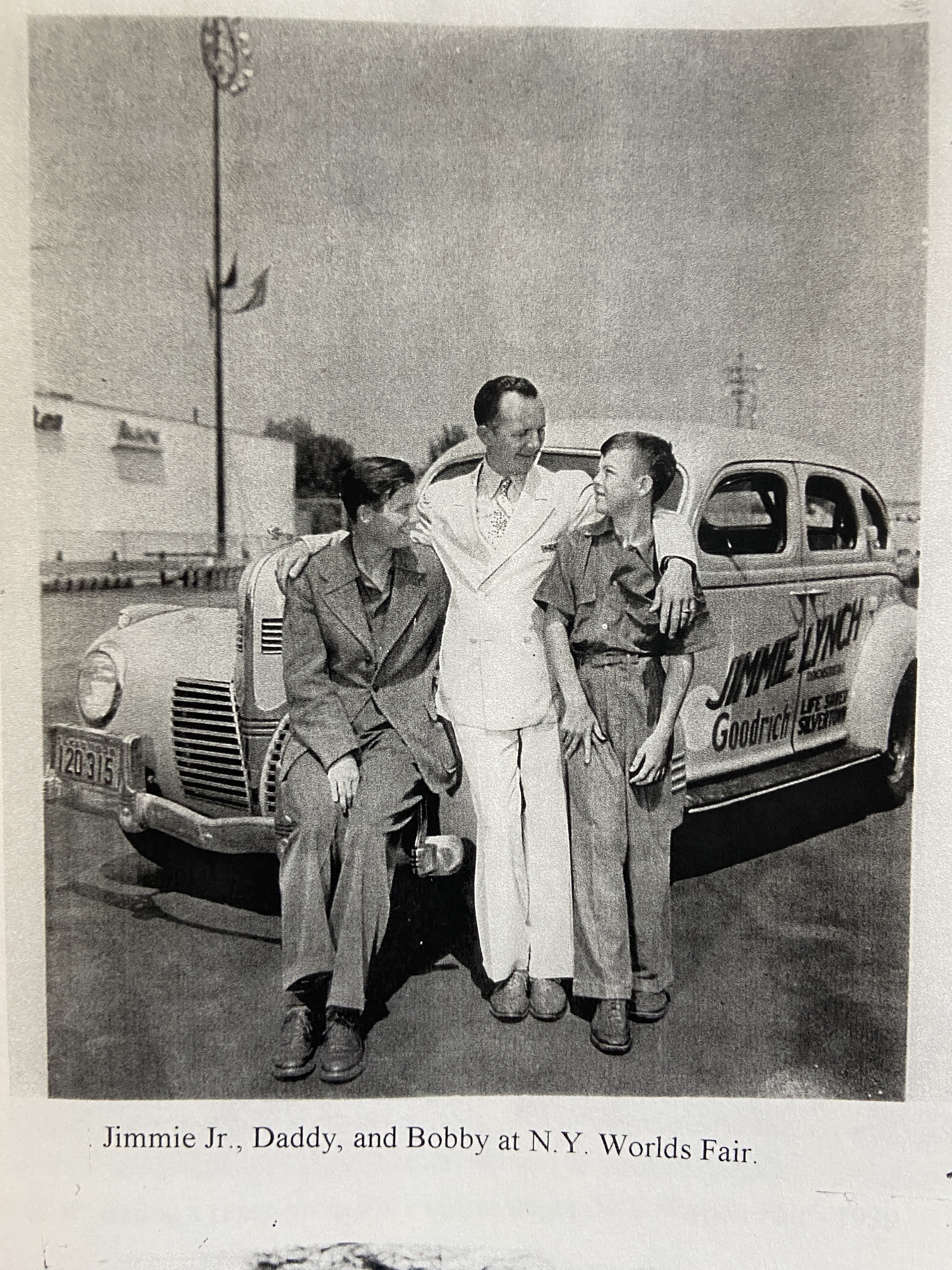