For those who might have missed my time with JD, we met for the first time on board USS Okinawa in transit from Perth to Sydney, Australia in 1981. After returning from deployment, JD moved into my apartment on Coronado for several months. Then he moved to what was then the Oakwood apartments about eight blocks from me. We sailed on his sailboat and ended up, with the help of Blythe selecting, in a condo in the Coronado Cays. Maureen and i were maid of honor and best man at his and Mary Lou’s wedding in April 1983 before we married that summer.

The four of us have remained fast friends through about ten moves and living about 1200 miles from each other.

JD is the funniest, most inventive guy, i have ever known. i don’t watch comedians live or on television because JD is funnier.

For example, as i was going through stuff to organize or toss this afternoon, i ran across an invitation to his and Mary Lou’s home in 1992. As JD said, “It’s a double-wide in Lakeside.” The home was so well done, i occasionally think about doing it myself. Of course, Maureen would leave, but kill me before she went. After all, Mary Lou had to ward off a mother o’possum in her bathroom with a hair dryer. 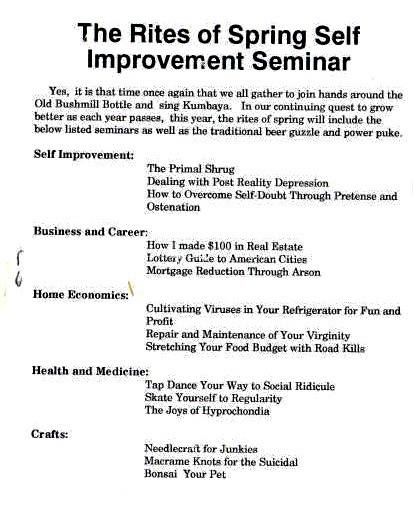 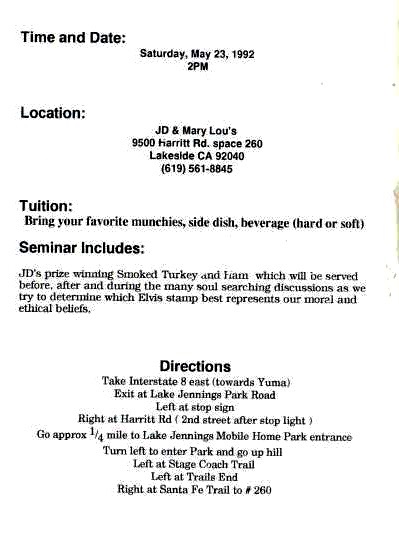 The man is a genius. The party was great.