Yesterday, i began a short Thanksgiving note to preface the column below. The note grew until it was longer than the column and covered a whole bunch of subjects. i have saved it for later editing and publishing.

Today began early. The turkey requires at least seven and one-half hours to smoke. We are dining at 3:00 p.m. Mathematicians, you can figure it out. i put the turkey in the smoker at 6:15 a.m., just to be sure and allow for cooling time. i have significant honey-do’s to accomplish before our guests arrive: a small, but cherished crowd of five will attend. Our sister-in-law Patsy, who makes me feel good, and Mike, who is a talented and nice young man will join Maureen, Sarah, and the goofy one. So this is my best wishes for you and yours on this day of giving thanks.

i will miss many but am glad they are with other family members for this day i find so rewarding. For that, i am thankful.

Thanks. Giving thanks. Not honoring some person, not celebrating past victories, or paying homage to those who have left us, not some holiday begun from a religious tradition turned to commercial glut (the ads in this morning’s newspaper weighed almost as much as the turkey i’m smoking). The turkey is in the smoker. The ads are in the recycle bin, unread. Just giving thanks.

My thanks are just too many to list here. But here are a few:

i truly am thankful for those folks who had the first Thanksgiving. Those folks who had the strength to escape tyranny for a not-so friendly land in a new world and the natives who befriended and helped them and how they worked together even with their differences to live with dignity and celebrate their togetherness (something we should be attempting to replicate today but sadly failing, at least right now).

i am thankful for our military members who are away from home this Thanksgiving. i missed six because of being at sea. i know the loneliness filling thoughts regardless how sumptuous the repast someone’s command serves up.

i am thankful for my life. i’ve had a good one, crazy, a little off kilter, sort of all over the map in many ways, but it has been a good life i think. i’ve always tried to do the right thing, missed a couple of times, had my intent misinterpreted a couple of times, but overall, i think i’ve been on target most of the time.

The below column was written for my Lebanon Democrat weekly series which ran for 500 columns, just shy of ten years. It was published in 2015. i think it describes many of my feelings about Thanksgivings: 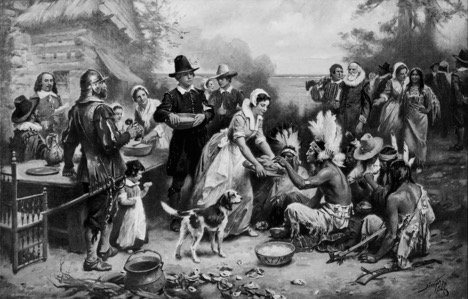 1 thought on “Giving Thanks”