She was a trooper, like all of them. In some ways, it was appropriate for her to be the last to leave us and join the others.

Hiram Culley and Carrie Myrtle Orrand Jewell moved to Lebanon, Tennessee, all the way from Statesville, twenty miles away in 1900, and considering it was the time it was and the place it was, twenty miles was a long move.

Virda died at 28. She had married Mathew Graham Williamson and they had a son named after his father. As soon as she graduated from high school, she went to work as a telephone operator.

The others lived lengthy lives. And worked. Lord, how they worked.

Culley bought a steam powered tractor in 1918, and with Jessie, drove it back from Union Station in Nashville to Lebanon. They converted it into a portable saw mill. Jessie and Wesley worked with their father, clearing trees and turning the wood into lumber in a large swath of Wilson County. Even Jimmy, at six-years old contributed by keeping the steam engine running by feeding the slag lumber from the lumber cutting into the fire chamber.

Jessie became a plumber and was one of the best in Lebanon. He married Alice Guild Kelley and they had four daughters, the oldest dying at birth.

Naomi, as soon as she graduated from Lebanon High School, went to work for Ma Bell as her a switchboard operator as her older sister, Virda, had done. She retired as a senior manager. She married George Maxwell Martin. They had one son. They also raised Graham Williamson after Virda, Naomi’s younger sister died when she was 28.

Wesley became a mechanic, married Gussie Barbara Compton. He got the itch to travel and moved to California in 1941. The couple had two sons and a daughter.

Jimmy Jewell went to work as a mechanic when his brother Wesley got him a job where he was working before heading west. Jimmy became known as the best mechanic in the county. Jimmy married Estelle Prichard Jewell. They had two sons and a daughter, the oldest of which was me.

Huffman Jewell was the youngest. He was a postman and a farmer. He married this wonderful woman, Ruby Louise McDonald, the last of their generation of Jewell’s. She was the last one.

Aunt Louise passed away Wednesday, March 30. i earlier wrote it was fitting she was the last of those brothers, sisters, and their spouses because i remember her as the one who always visited her in-laws when they had physical problems, going out of her way to give them comfort.

Tomorrow, Aunt Louise will be buried beside Huffman in Wilson County Memorial Gardens.

i wish i could be there. i wish i could have spent more time with her, talked with her more. Times and my living kept me from that.

She was the last of a family of brothers and sisters with strong bonds and caring for each other. They worked with each other, they played with each other, and they loved each other. i am pretty sure that most folks who were reared by that generation, especially in small towns like Lebanon have similar feelings about what Tom Brokaw labeled “The Great Generation.”

i’m also sure Jessie and Alice, Virda and Mathew, Naomi and George, Wesley and Barbara, Jimmy and Estelle, and of course, Huffman, will be glad to have her join them in the sky, Lord, in the sky. 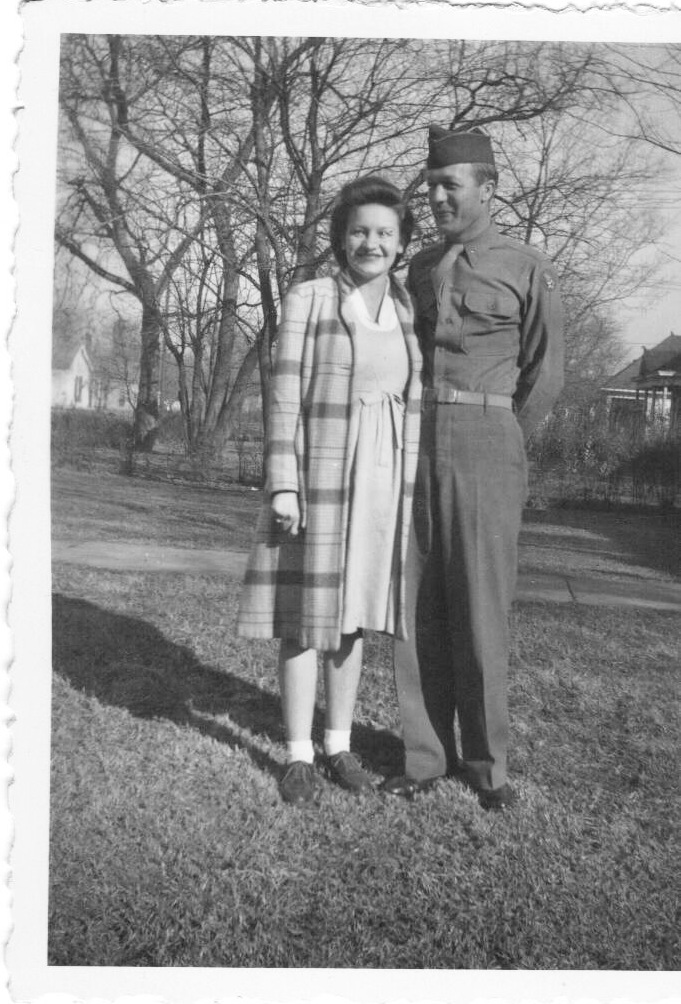 2 thoughts on “The Last One”