Friday afternoon, i drove over to Mesa College for the Arnie Robinson Annual Track Event at Mesa College. Mesa College is a two-year community college about 20 miles from our home. The meet was for high school and junior college athletes from schools in San Diego, Orange, and Los Angeles counties.

i parked and walked around the track and football stadium to the upper area where many of the field events were being held. There were ten or so pop-up tents around the edge of the field. The last one was next to what looked like a batting cage to me. But then, my last track meet was attending the Florida A&M-Tennessee State meet in the spring of 1963, nearly sixty years ago. The cage, larger than a batting cage was where they contested the shot putt, hammer throw, and discus events.

That last tent was for the athletes competing for Saddleback College in Mission Viejo. And there, lying on her stomach talking to her fellow athletes was Danielle Lister. To accurately describe our relationship would take several pages. So i will just use the standard i use for kin: she’s a cousin; i’m her “crazy uncle jim” (CUJ).

Her real uncle, Eric Leo Johnson, had let Maureen and i know Danielle would be competing nearby. Maureen had gone to one of her events that morning, the hammer throw. i was there for the discus.

Before i get into my roiling in my thoughts on track and field, i just want to let you know i have a rather incredible young lady for a cousin. Danielle is pretty, a red-head, smart, engaging, witty, and one heck of an athlete. She is in the top level of JC athletes in California. And we had fun. Oh yes, she finished second in the discus with a personal best of 133′ 9.” There is yet another impressive thing she did at the end of the competition. i cannot divulge what it was for to do so would take away from what she did. Only a few other athletes and her coach know what she did, but i can tell you her ethics, morale, and doing what was right was more impressive to me than what she did in her events.

i am proud to say i am crazy uncle jim for Danielle. 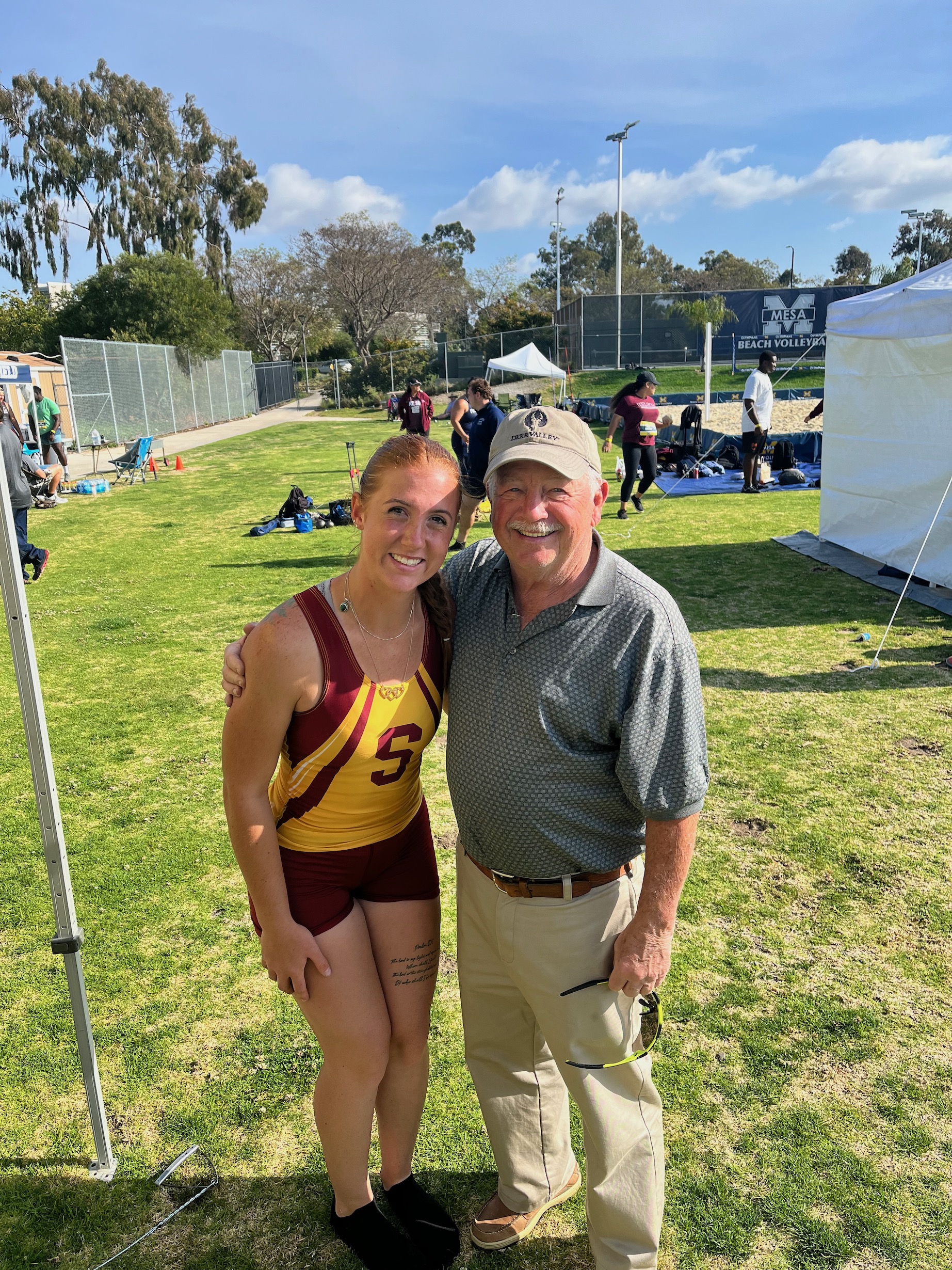