It is a task, not likely to ever be completed, but one that nearly always take me back to happy memories.

Yesterday, i stumbled upon some framed pictures in a box. Boom: memories of love: 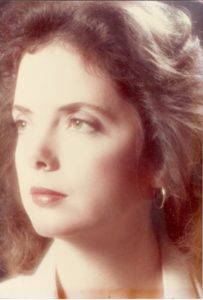 1983. Maureen had some photos made of her to remember her by when i would leave right after our wedding, report to my new ship, USS Yosemite, in Mayport (Jacksonville), Florida, then leave for almost eight months on a  deployment to the Indian Ocean. One of the owners of Parron-Hall Office Interiors where she worked was also an amateur but very professional photographer.

One of the photographs was a beautiful shot we framed. i hung in my office wall opposite of my desk so i could spend most of my days at sea looking at her. This one, smaller head shot, i kept by my bedside in my stateroom just forward of the office.

She hasn’t changed much, and i love her as much as i did on those eight months at sea, in some ways maybe even a bit more. 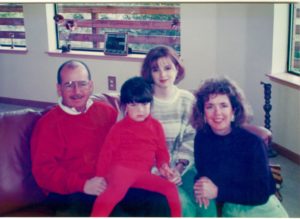 Circa 1993. Also framed in that box was one of my favorite photos. It was taken at Dan’s A-Frame in Grass Valley during Thanksgiving, i think in 1993. It’s my family. We were seldom together because Blythe was in Austin with her mother. So the photo is rare and therefore, even more precious to me. The focus is not perfect, but i still have another copy framed in the house to look at and think of how lucky i am to have all three in my life.

2016. There are more photos, but lying next to the pile waiting to be scanned along with the  two above  was a small painting. Sarah had painted it for me as a Christmas gift this year. It was to remind me of the trees outside my sister’s house on the hill sloping fiercely down Signal Mountain. It captures that memory perfectly. It also shows off another one of her talents. 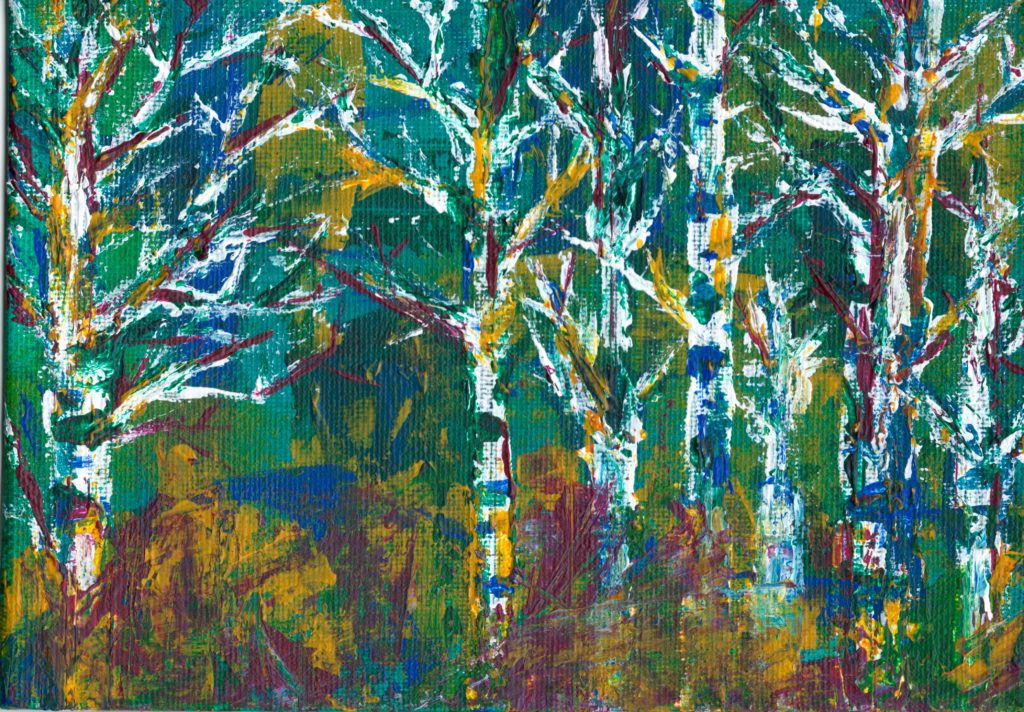 Both Sarah and Blythe are exceptional artists, something they got from their mothers. i am always amazed at how talented they both are in so many different ways, and as i often tell Maureen, the two of them are already successful as humans and are destined to be successful throughout life.

Now i must stop and get on to appointments and errands. But tonight, i think i’ll look for some more boxes with photographs. They won’t be hard to find.