Several comments about my post “That’s not my dog” made me to decide to visit Cass once more.

The first is what i wrote within days before i had to put him down. The second was my way of dealing with what has to be one of the saddest days of my life. 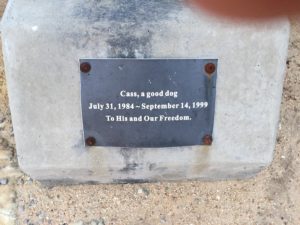 Cass’ ashes are part of the base of my flag pole at the top of our hill, looking over his domain. The pole went down hard in the February winds. i’m working on a newer, stronger version. It will go up, i just don’t know exactly when. But it will go back up. It’s a tribute to Cass.

My old dog will be leaving soon. It will be my decision as to when. i will take him to a clean, neat, well-lighted room, and hold him while these well-meaning, kind and helpful people inject him with an end-of-misery liquid. He will not know. i will. For the first time in my life, i will be in total control of the situation. It will be the most miserable day of my life.

Hell, i’ve had some pretty miserable days in my time, but without fail, part of the misery was because i wasn’t in control. This time it is totally my decision, although i will give time and age a partial credit. Worse, i must interpret how he feels about all of this, and for 15 years all i could figure out about how he feels is that he really does love me, he enjoys people and he is, literally, one stubborn son-of-a-bitch.

Now i’m not a pets’ rights advocate. My oldest daughter gets that from her mother, not me. And there’s nothing wrong with that either, especially for these times, but i do believe in the natural law of the animal kingdom. i also recognize dying is part of the scheme of things: damn near impossible to avoid. But here i am putting more worry into this old dog dying than some people worry about killing other humans.

Ole Cass is a fine dog, even noble. Even yet, he’s noble though the eyes aren’t clear, the legs are hobbled by big dogs’ bane, the ears don’t hear. He has taken to yelping to gain assurance that i am near by.

Have i mentioned he’s stubborn too? Won’t go like most dogs do. He keeps on hanging on, noble-like, never giving up.

But lord, what a magnificent, splendid, independent cuss of a dog he’s been, a joy for 15 years. Pain in the ass, sure, but a joy.

i never have owned him. Yeh, i bought him, even tried to train him. He took what he wanted and discarded the rest.

But now, he can’t tell me he’s ready. He can’t tell me the pain and the lack of freedom outweighs the benefits of breathing. i must interpret, act in his stead. There is no living will to guide me. He is not totally incapacitated, just enough so to require me to make decisions about his quality of life.

He has chased the rabbits, run over the possums, played with the coyotes, caught the polecat, outfought the doberman, body-surfed to the delight of the crowd, dug holes that would awe the “diggingest dog,” damn near caught the roadrunner. No more.

i am reminded of the last morning i spent with Ray Boggs, a hero in my mind. Ray was in his last day, and, despite the morphine that was deadening the pain, he knew. He was not big into big, dramatic productions, and i think that early morning talk with me was what he wanted. While i sat in the respond mood only, he began an engineer’s analysis of the curtain rod hanger around his bed. His static and dynamic breakdown was methodical, mechanically engineered, correct, and accompanied by my nods and grunts of agreement. He neared the coup de gras of rendering this curtain rod hanger a most ineffective product, when he stopped, looked me straight in the eye, and said, “But hell, it’s only a curtain rod.”

So now i must deal with a curtain rod, when in certain moments it seems to be the hanger of the universe.

And it is all so irrelevant because soon ole Cass will be a good dog gone regardless of my decisions. And my life will be a bit easier but a bit more empty than it’s been in a while.

Then i will be able to deal with my belief that dying is a part of the life experience and that we must deal with our dying and other dyings as a consequence of living, not a tragedy.

It will be easy then, but not now. 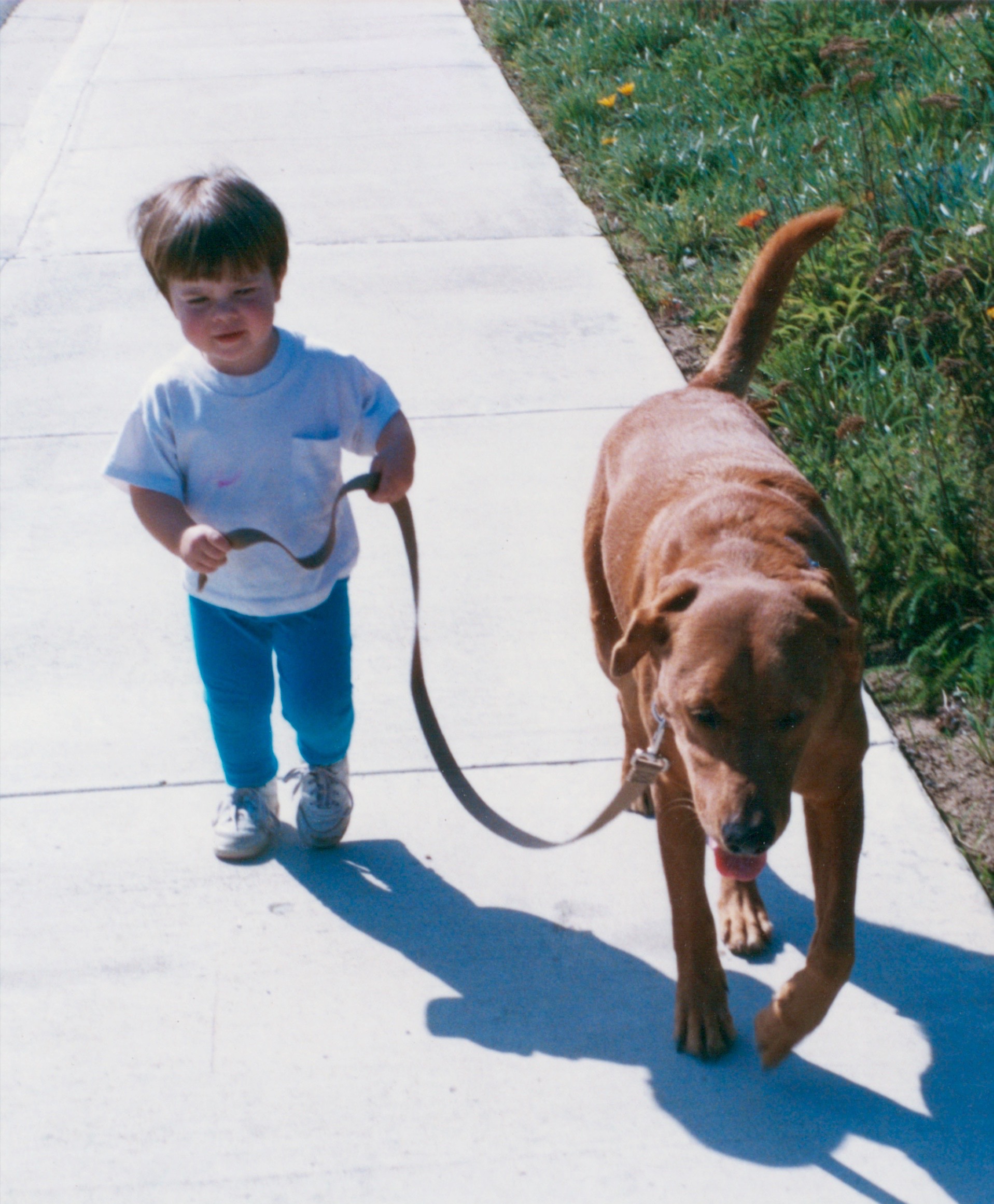 my feet feel cool now.
for most of his life, he would lie under my desk,
while i read, contemplated or typed with
his head resting on my feet.
the silence is awkward:
even in his sleep, he would grunt, wheeze,
kick the walls, chasing something in his dreams,
my dreams.

run sweet dog again;
pant with delicious tiredness after chasing the blues away;
scan the field with those keen sparkling eyes that
always read joy to me;
catch the next wave to bound into the bubbling surf
shake the misery with the salt wetness
from your coat of gold;
lick the face of someone
to give them unmitigated joy.