We celebrate with a long weekend, car races, baseball games, picnics, and sales, lots of sales. We all do it under the red, white, and blue pretense of the Memorial Day weekend.

There are some precious souls who travel to military cemeteries with their neat crosses in a row marking the fallen soldiers, sailors, airmen, and marines, many of whom made the ultimate sacrifice in the defense of their country, their flag, their constitution, and ALL of the people who believe in liberty and equality. i am not one of those precious souls.

There are a bunch of folks who travel to the Vietnam Memorial in our nation’s capital. Ken Hall and his wife Diane joined Rolling Thunder in the motorcycle riders tribute. The last time i was on a motorcycle was in 1969 when Andrew Nemethy, Rob Dewitt, and i would tour the mountains in eastern Virginia on weekends when we didn’t have the duty on the USS Hawkins, about six months before i went to my Vietnam tour.

i honor those who died for our country in my own way. i have also written a number of pieces about this honoring of our fallen on past weekends such as this one. i began to write another tonight, but i think you’ve had enough of that already.

i am guessing it was handy when he was deciding what to do with the photos he brought back from the war, the big war as they called it. The products in the box, i’m sure were for me. When he got back i was a month from my second birthday and those baby products had probably been used.

So he took the photos, put them in a box and stored the box in his chest or closet. i wonder if he ever took out that box and went through the photos. It was intact when he gave it to me about a half century later. i have refrained from showing nearly all of it to anyone except my brother and some very special friends who served later, like me. Some are rather grotesque, some show some pretty horrific things, but all of the photos in the box are like his private memories of the war. i’m not sure he ever showed any of them to my mother, including the ones she sent him of her and their newborn chubby baby.

My father didn’t die in that war. Neither did my  Uncle Bill Prichard who was flying fighters on the opposites side of the world or my Uncle Pipey Orr who rode a minesweeper out of Charleston. Somehow, my father received photos of his brother-in-law beside his aircraft in Britain. i’ll remember each of them throughout the weekend but not because it’s Memorial Day weekend. i remember them for their sacrifice, but those sacrifices weren’t the ultimate one. i honor their service, but this weekend is for those who didn’t come back.

Still, i think a number of the less graphic photos  and some memorabilia in that box might give us pause to think about what those men and women were up against in WWII, and by extrapolation, our service men and women in all of the wars and conflicts from the revolution to today. 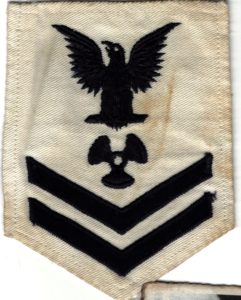 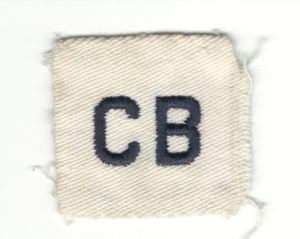 The one on the left is my father’s rating badge for Machinist Mate Second Class, Automotive. The one on the right is the patch designating him as in a Construction Battalion or Seabee. They are from three quarters of a century ago. He advanced to First Class Petty Officer before the war ended. 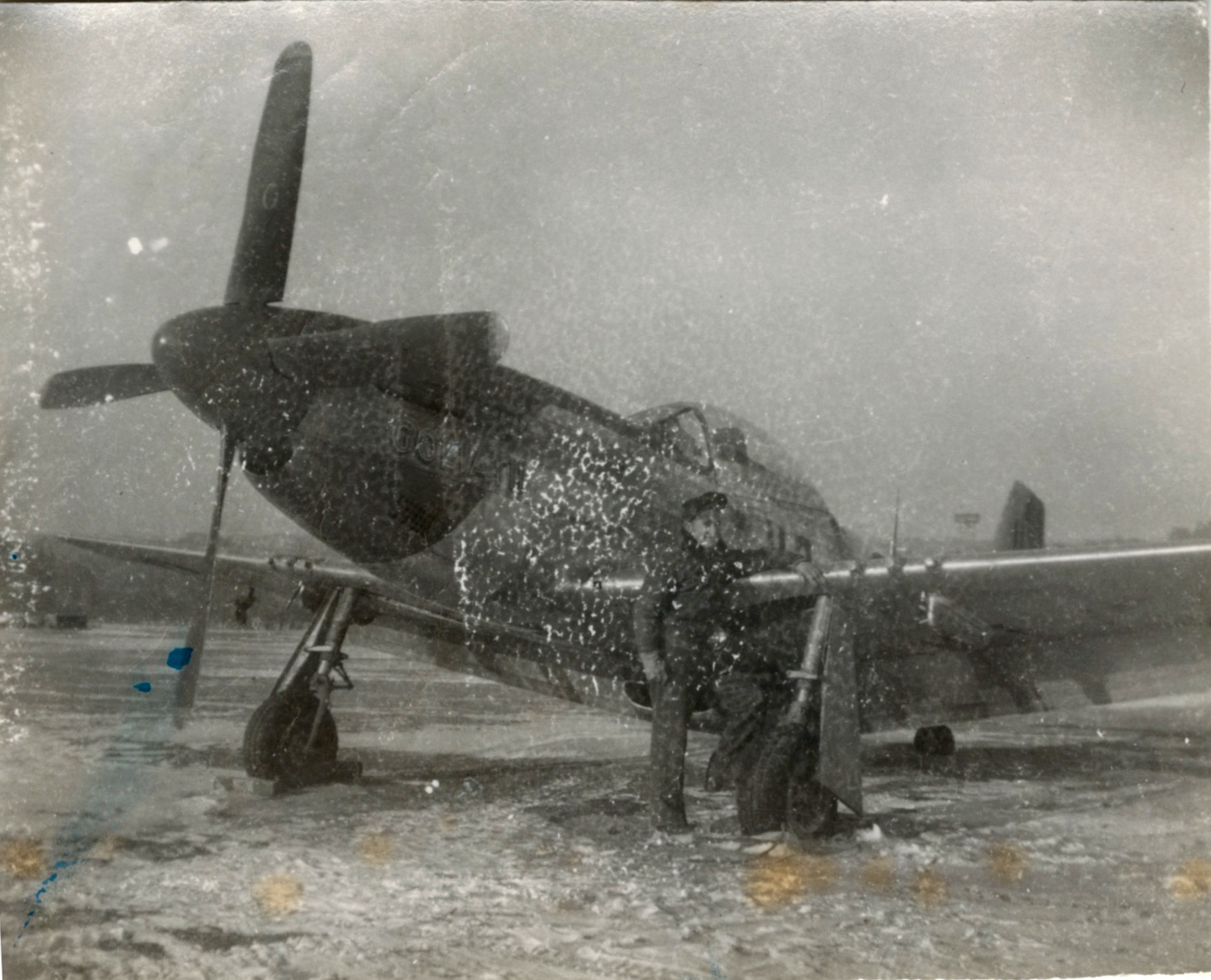 He apparently received this photo from his brother-in-law, Bill Prichard. It is my uncle with his aircraft named Colleen for his new wife. On the back my uncle wrote “Notice the snow. Guess  you haven’t seen any for quite a while.”

He carried these two photos, the left one of me with Mother right after we got home from the hospital. He was there for my birth but caught a train back to Gulfport the day after i was born,. The second was of him and me in Gulfport in May 1944. My mother; Aunt Naomi, and my grandmother drove me down there so he could see me before the liberty ship took him and his 75th Construction Battalion boarded a liberty ship for the transit to the South Pacific.

This was taken the week after MacArthur returned to the Philippines. It is the beachhead encampment and stores being offloaded from cargo ships. 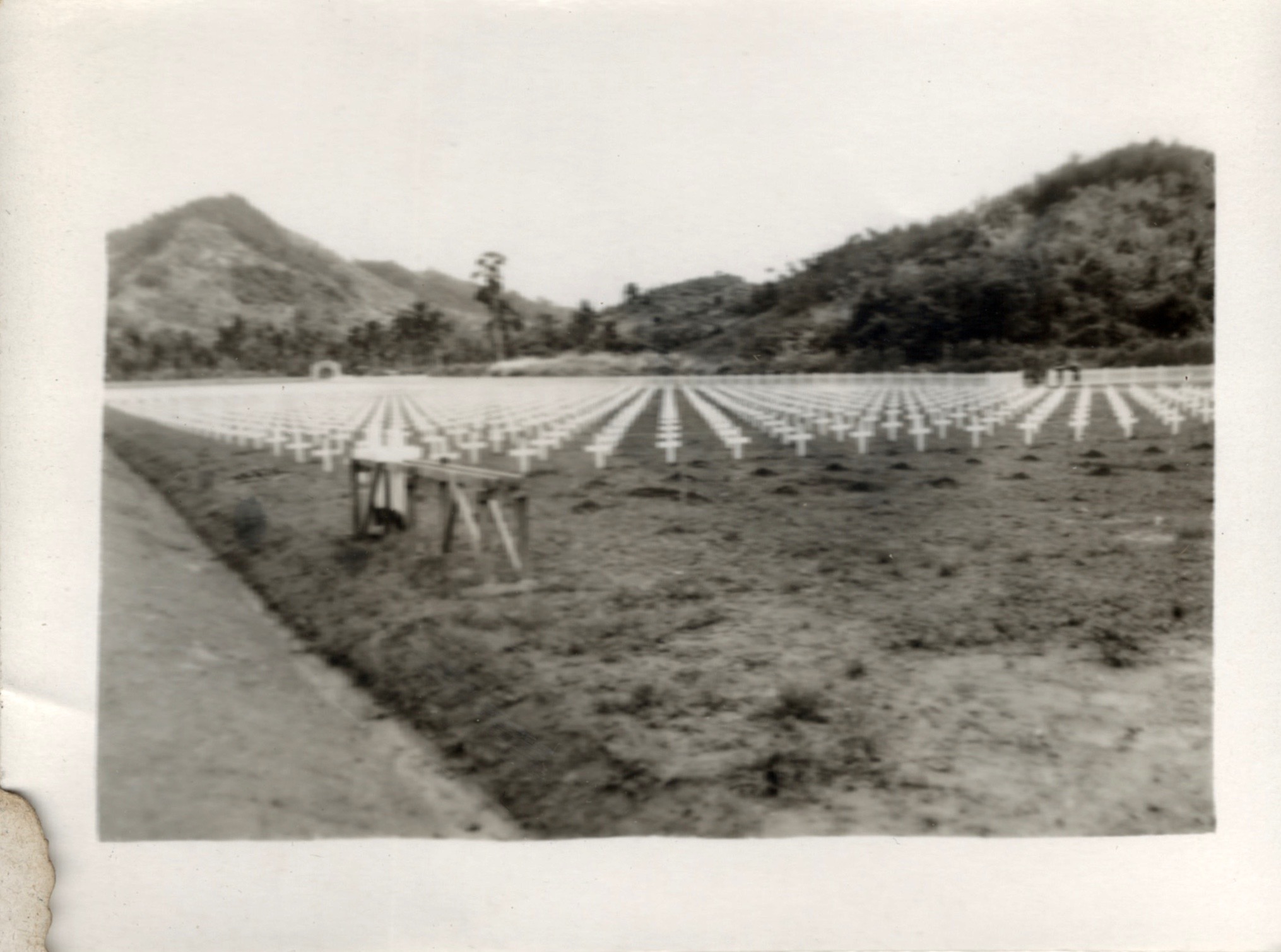 And what Monday and this weekend is all about. This one is a US military cemetery on the island of Luzon in the Philippines. Many of the men buried here have relatives who have never seen their grave. i honor all of them with a silent moment while i conclude this post, and i will honor them again tomorrow and Monday.

Thank you folks for your service. i will not forget you.