Well, about the only way to explain my goof is to admit i’m a dingbat. i must have had “ding” on my mind yesterday afternoon. John Eagle’s home is on the BEARA peninsula, not the Dingle. The Beara peninsula is John’s home. His town, Eyeries is southwest of Tuosist where we stayed with Joe and Carla a couple of years ago. i should  not have erred. John Eagle, John Moriarty, Joe, and Carla, i apologize.

i have taken to going outside for a pre-dinner appetizer in the Southwest corner brilliance of the late afternoon before the Japanese current brings on the marine layer of mist and coolness.

Tonight, it appears the marine layer has been checked; the “May Gray” will have to wait for another evening.

i came out to write just for me, or to be more precise, for my grandson later in his life. It is one of my most enjoyable pursuits, which i fail to do as often as i should.

As usual, i set up my perch with the bluetooth thingie on “shuffle” playing a cornucopia of my music. Currently, Nellie McKay is singing something i really like. i would have never heard of her except Blythe sent me a copy of Nellie’s CD several years ago, and i have found some new music. It seemed to fit with my intentions.

But, also as usual, i checked my email, Facebook, news, and sports. And there was a post from John Eagle. What a great name. i ended up connected to John when my brother Joe or sister-in-law Carla shared a photograph of John’s several years ago. i’ve never met him. You see, John lives in Eyeries, Ireland, roughly about ten miles from the southwest land’s end of  the Beara Peninsula. That’s roughly five thousand miles plus from the Southwest corner.

John is an artist. He has a website: http://www.johneaglephoto.com/.  His photography is enthralling, capturing southwestern Ireland in my lasting vision of such a beautiful land (thanks, Joe and Carla for allowing us to see it in person a couple of years ago. His paintings…well, you should check it out: http://www.johneaglephoto.com/artgallery.htm.

This is what i saw when i clicked on his post: 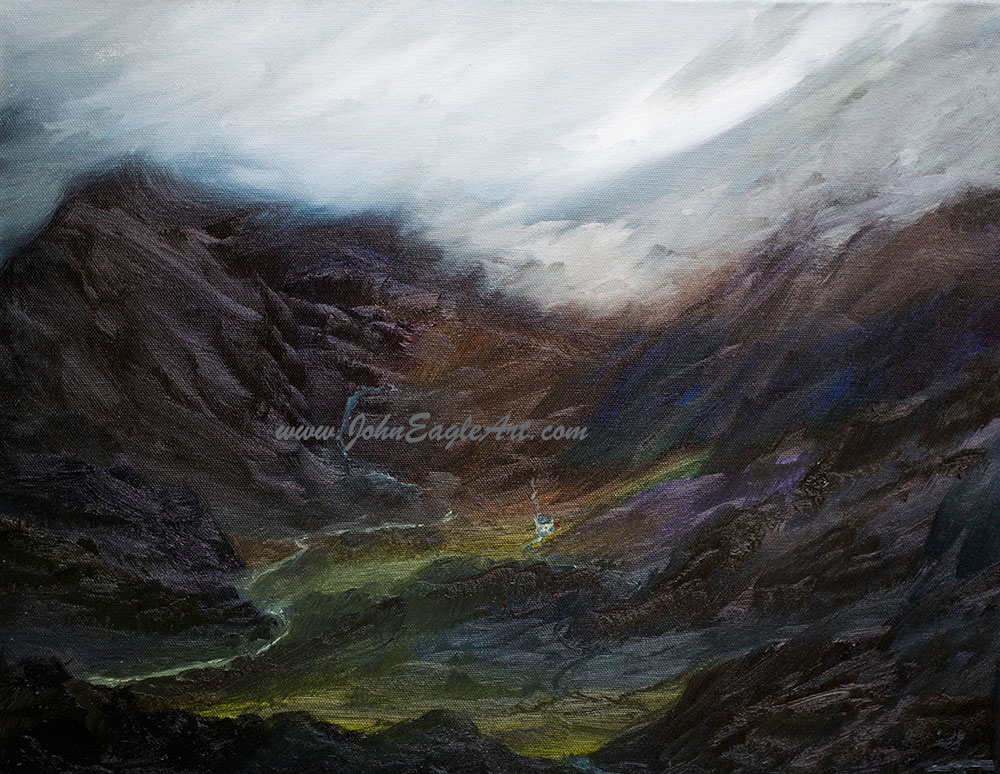 i was simply blown away. If you check it out, read his blog about it: a half-hour. Incredible.

John, like many of us at this age, is experiencing some health problems. He is facing them nobly with humor and grace.

i just think many of my family and friends would like to learn of John and his work.

And Sam, i’ll get back to it before the night’s over.

3 thoughts on “John Eagle: A Beara Treasure (and i haven’t met him…yet)”