A thousand years ago it seems, Maureen and i got into the habit on Sundays of asking Ray Boggs, her father, to join us for golf at Sea ‘n Air, the 18-hole layout on Naval Air Station, North Island.

Maureen was a beginner but enjoyed the rounds with her father. We would arrive about a half-hour before twilight rates and go off as anyone not already on the course would wait for the cheaper green fees. It was a whopping six bucks each for active duty and his guests and a dozen dollars for a cart. The rates under the watchful eye of Morale, Welfare, and Recreation are now more than triple. But that’s another rant.

i took this photo long before they had phone cameras. It has been in a frame on our kitchen counter ever since and remains one of my favorite photos of two of my favorite people of all time. 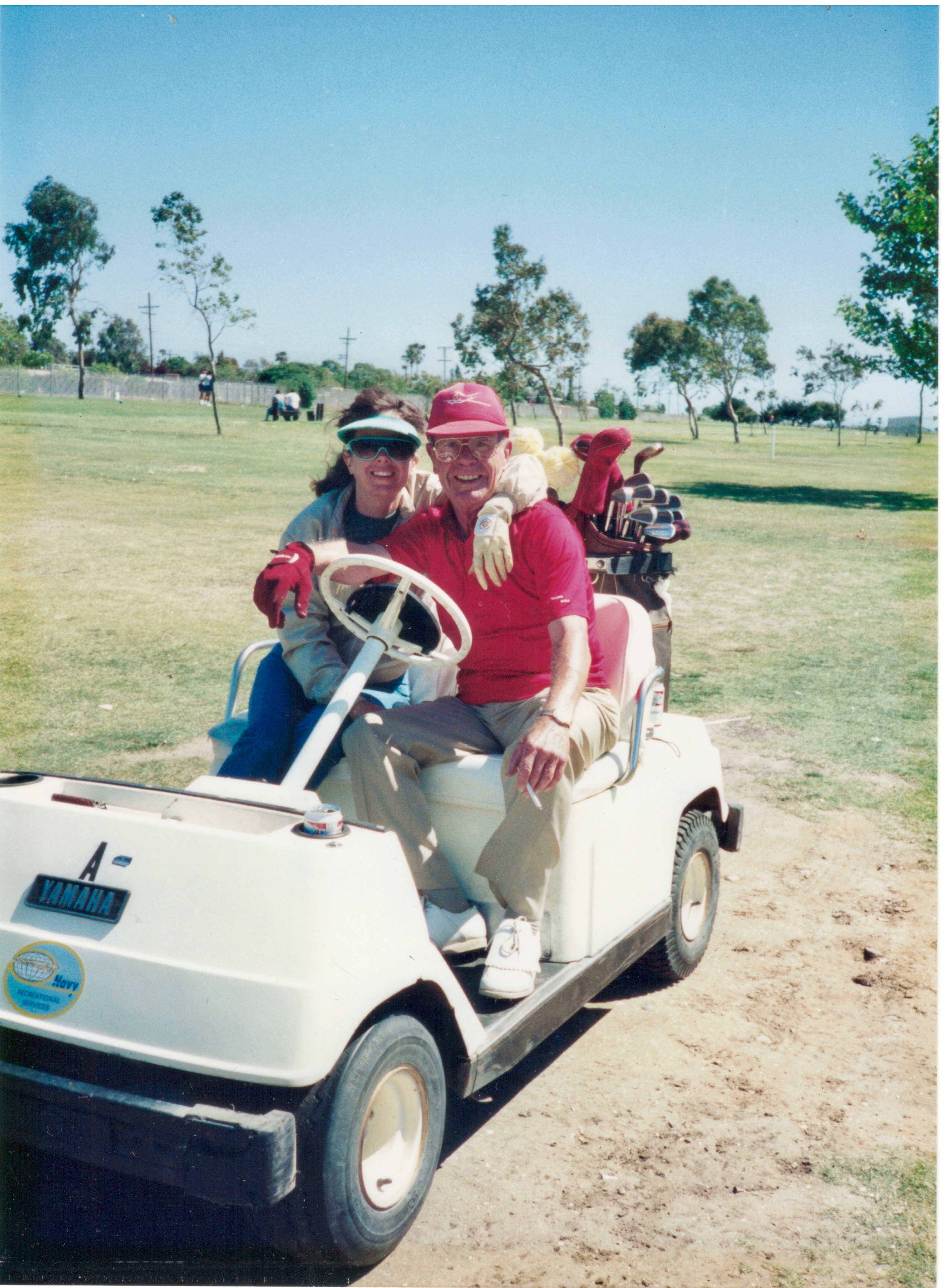 Rod, Marty, and Pete: Look at the trees lining what is now the first fairway.