The game is over. Our game. Mother’s game. Vanderbilt honored her pretty much the way they do everything else. They did it the right way, The Vandy way.

There were a couple of moments i wasn’t sure i was going to make it through without tears. i did, but not now. No, not now.

Runt aka Estelle Prichard aka Estelle Jewell aka Mother aka Grandma was honored as well as a basketball star of the 1930’s could be.

i will write more later about what happened and include some photos provided by Vanderbilt and Andrew Maraniss.

There are lots of folks i will thank later (in addition to Andrew), but as i sit here thinking about what has happened and my throat getting a lump and feeling like that lady who had an amazing jump/push shot even in her 70’s who just happened to be my mother, there is one special person who i am thinking about in addition to my parents.

Candice Lee thanked my mother through me for being a pioneer and allowing her and others to follow. Candice, a basketball star who became a superb deputy chancellor of athletics, made this happen. i cannot express any where near enough about what a gracious, beautiful woman she is. Dammit, Candice, you and Estelle finally made me cry a bit. 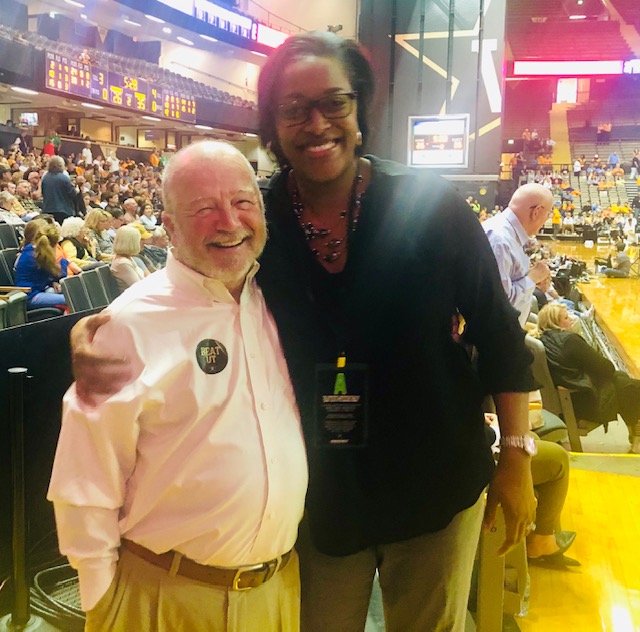 For everyone else, more later.

1 thought on “A Moment for Thought”