Christmas decorations are going up a bit early for me this year. It seems to me back home growing up, we cut down our tree on Wynn “Papa” Prichard’s farm about a week before the big day, decorated it that evening, hung the stockings, hung a wreath on the door, put some lights around the door, and took it all down the day after Christmas. In our neighborhood, about one-quarter of the houses have blow-up dolls, reindeer statues, lights enough to provide electricity for a small city among other amusements. They put them up a week ago.

i gave in this year because i wanted to get it out of the way. And so begins the Christmas season. And with that, i offer my traditional repeat of a column i wrote for the Lebanon Democrat about a gazillion years ago. Merry Christmas with this year’s version of Noel: 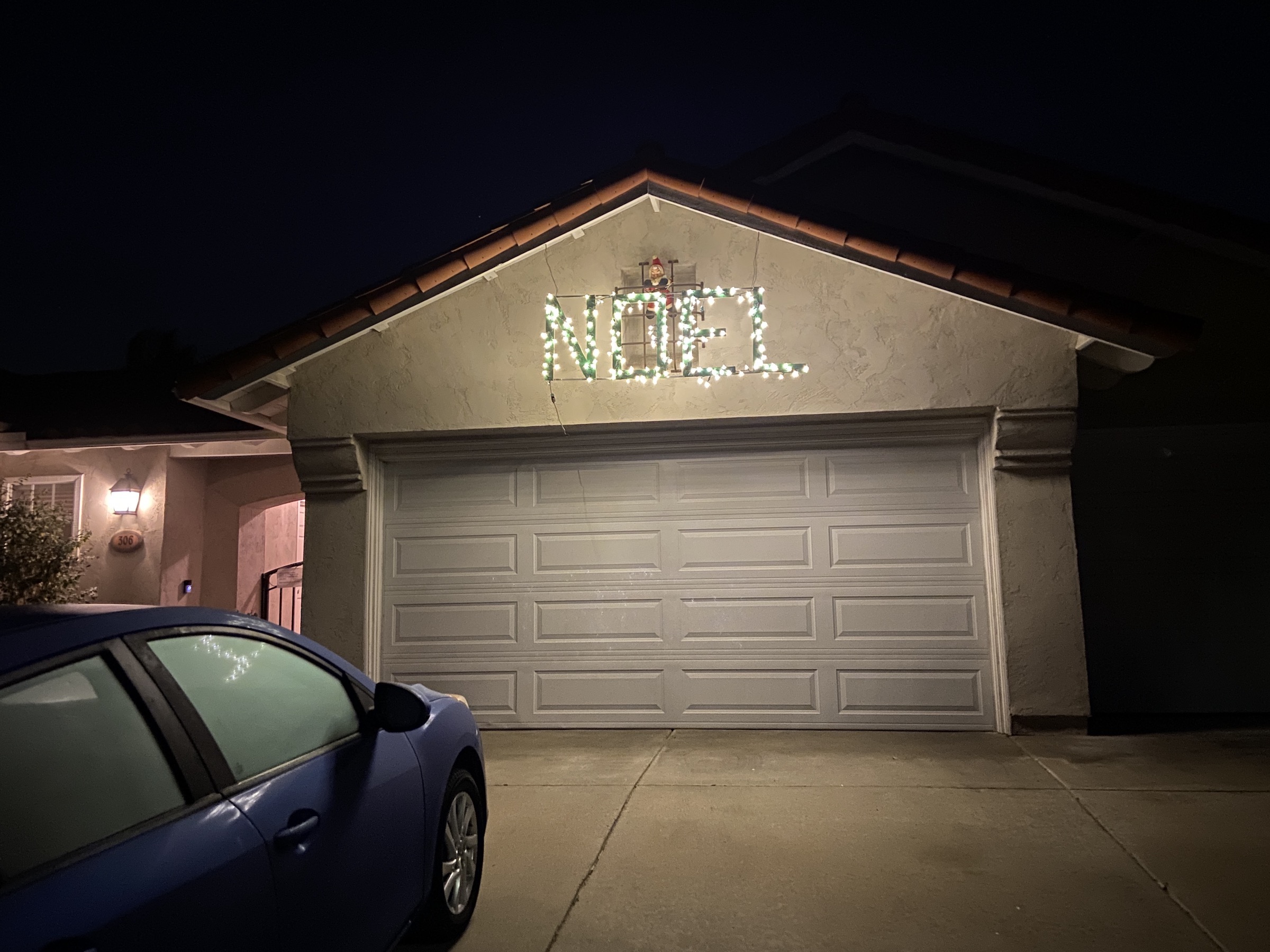 As I have noted previously, I am (will be) in Tennessee for Christmas, not in the Southwest corner. The below events, however, did occur near San Diego.

Maureen and her six friends have been meeting monthly for dinners for 15-plus years. They had this December dinner catered, did it up right. It was Maureen’s turn to be hostess.

“As i have done in the past several years, i send you my Christmas greetings. May all of you have a most wonderful and amazing Christmas Season, and please, please, please (as James Brown would implore) remember the reason this all occurs every year.