Well, the site wouldn’t let me upload the photos. “Too large,” it read in its rejection. So my daughter Sarah made me smart enough temporarily to downsize the photos i posted on Facebook yesterday.

A couple of thoughts about the affair.

We arrived a bit early. The door to the inside was blocked: the pandemic, you know. They had set up extra small tables outside on Thirtieth Street in North Park, a San Diego neighborhood that is being “gentrified” but i hope not too much. So all of the dining was “al fresco.”

i told the young lady at the door we had reservations but were early. She smiled and pointed down the side of the building to an empty table next to their window. She escorted us to the table and we sat, admiring the fact they had taped the menu to the window, not noticing anything else on the window.

As the two young women in the table nearby got up to leave, they walked by and asked if were the two celebrating our anniversary. When i nodded yes, they both happily said, “Happy Anniversary.” We marveled at how they knew, and they pointed to the window. We looked up and for the first time, we realized the sign on the window was just for us. 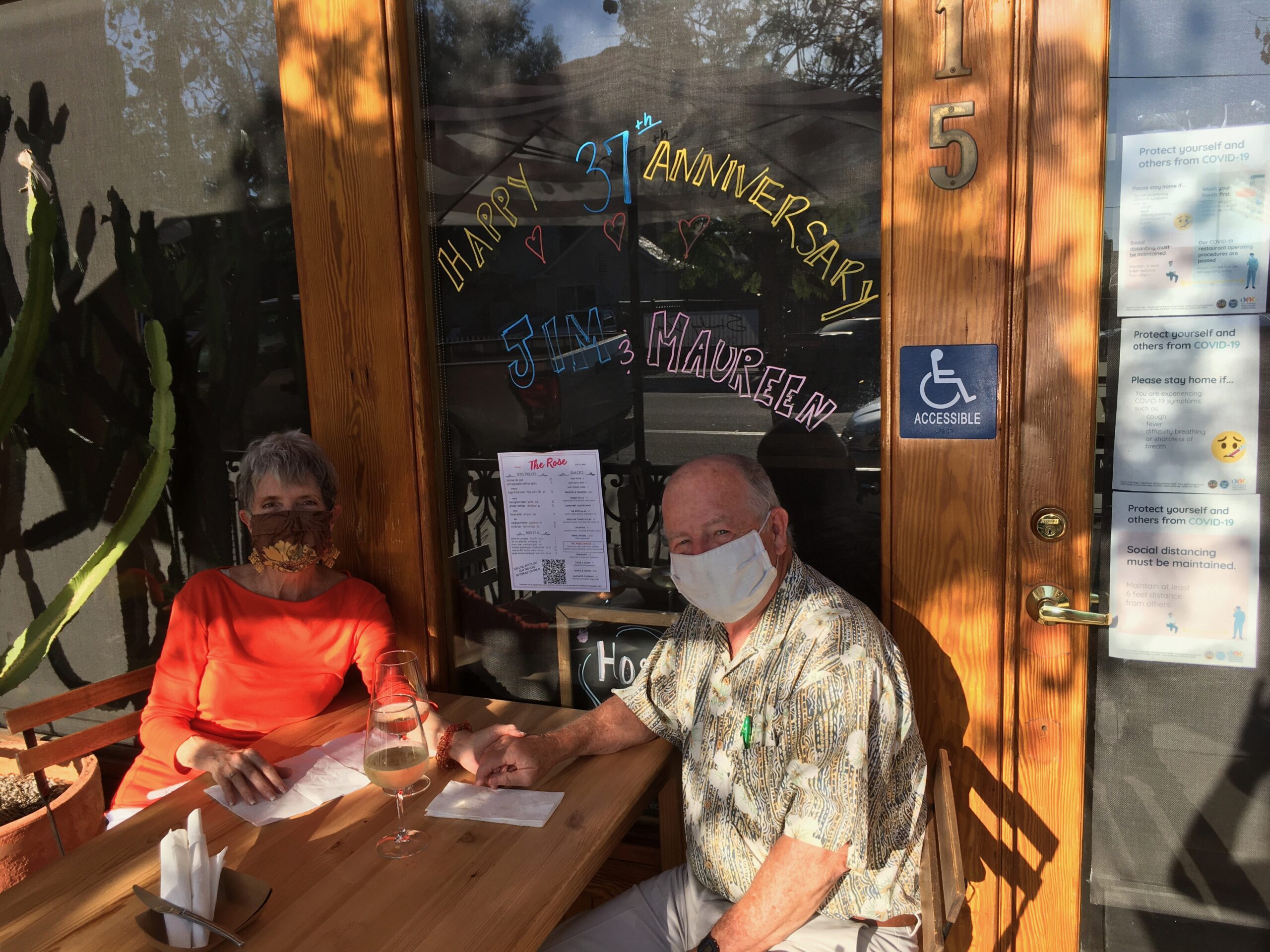 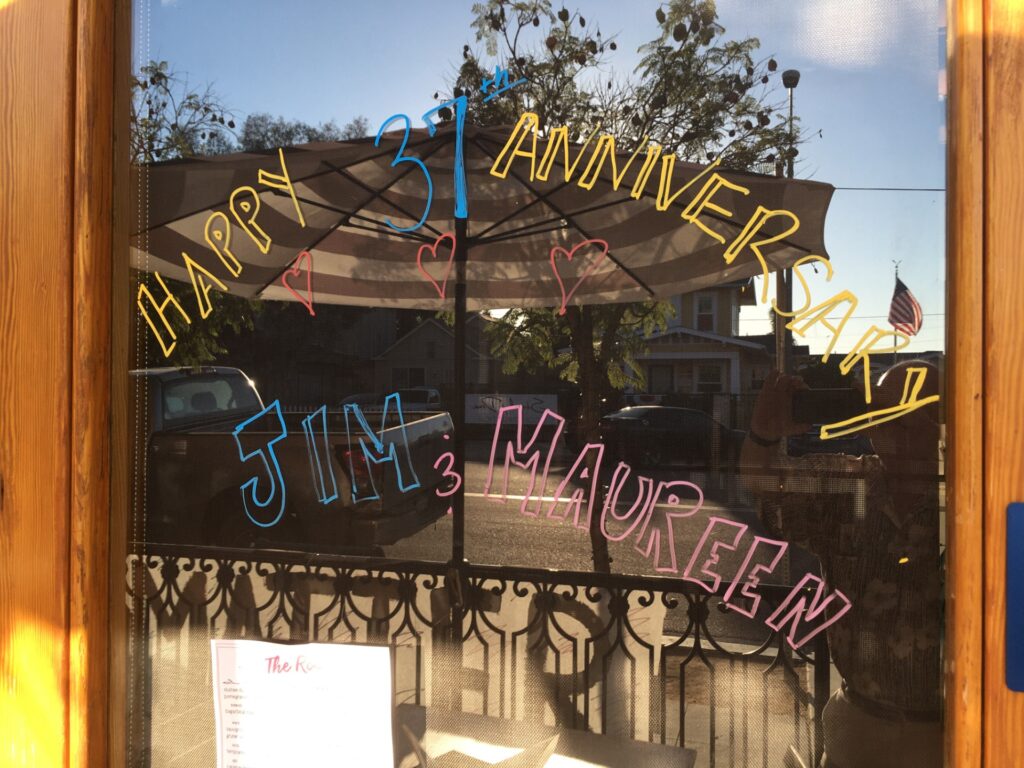 We ordered the shishito  peppers and cherry tomatoes to start with a tempranillo-based rosé for Maureen, and i even liked it, a rarity for a rosé. i began with a sauvignon blanc. At our waiter’s recommendation, we next add the chicken wings. Now, unless it’s my mother’s fried chicken or one of Maureen’s inventions where she disguises it, i’m not a big fan of chicken. The Rose’s wings were delicious. We also had The Rose Salad, one of Maureen’s favorite salads for a reason, and i added the half dozen kumiai oysters. Alan Hicks introduced me to these wonderful treats. i changed to a red wine, an Austrian wine if i remember correctly but cannot pronounce or spell, and it was great to the point i wish i had ordered a bottle to go. We finished with a  caramelized rice pudding ball, yet something else i can’t spell or pronounce, and it was just right for ending our night out.

The Rose is a special place.

Thanks, Rae and company.