This would be better if i had taken a night photo of this year’s traditional Christmas decoration folly. But i was involved in many things (as usual), nearly all not really necessary (except golf…as usual) and was rushing around (as usual) and didn’t think of a taking a picture until i had dismantled the offending lights. Last year, it looked like this: 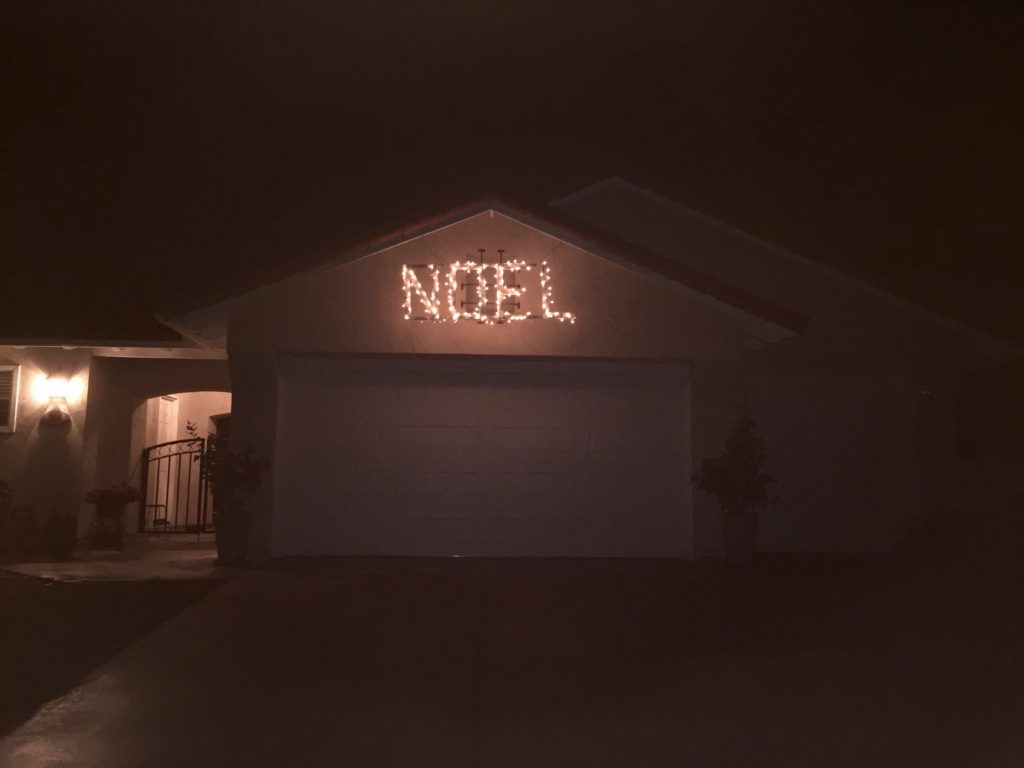 Without any skills at “photoshopping” a photo, i have cropped this one to give you an idea of what my sign this year looked like when i hung it with a light string out:

The annual disaster is now on my workbench in the garage. i hope to have all the lights working and, of course, i’m piddling with a new innovation (of the goofy guy kind, not new technology) and hope to make it even better than ever. By my count, that is about a dozen modifications in about twenty years, not counting the original Colonel Jimmy Lynch had me help hang on his roof in Paris, Texas many, many Christmas moons ago.

My wife has pointed out that my modifications have made little difference and somehow brings up Chevy Chase’s “Christmas Vacation.” This disparagement of my Christmas decoration efforts all began when i hung the sign for the first time sometime in the 1990’s and immortalized it with a Lebanon Democrat column. i also made the mistake of telling my tale of woe to my close friend Pete Toennies who thought it was so funny he asks me to repeat it every year.

So in keeping with the tradition, i offer the tale as it appeared in The Democrat and has appeared here on several occasions:

As I have noted previously, I am in Tennessee for Christmas, not in the Southwest corner. The below events, however, did occur near San Diego.

Maureen and her six friends have been meeting monthly for dinners 15-plus years. They had this December dinner catered, did it up right. It was Maureen’s turn to be hostess.

And may all of you have a most wonderful and amazing Christmas Season, and please, please, please (as James Brown would implore) remember the reason this all occurs every year.