1944.
Even in war, there was bureaucracy and paperwork, in “triplicate” no less. Perhaps that was a good sign. It was even complicated. He had gone to boot camp at Parris Island, South Carolina. It remains a Marine Recruit Depot, much like the one here in San Diego. i’m guessing the Seabees went there rather than Navy recruit training  because they would be ashore, not on ships. From there, he went to Davisville, Rhode Island specifically for Seabee training. Through his enlistment agreement, he completed the training as a second class petty officer in his specialty.

After roughly four months in the combat zone in the southwest Pacific, the Navy gave him a new rating designation. It was a “casual draft.” i wondered what that meant. The new designation allowed him to do more mechanical work legally. i suspect he had been doing a much wider field of work than his original designation allowed ever since his liberty ship arrived at Espiritu Santo, the largest island in the nation of Vanuatu in July. 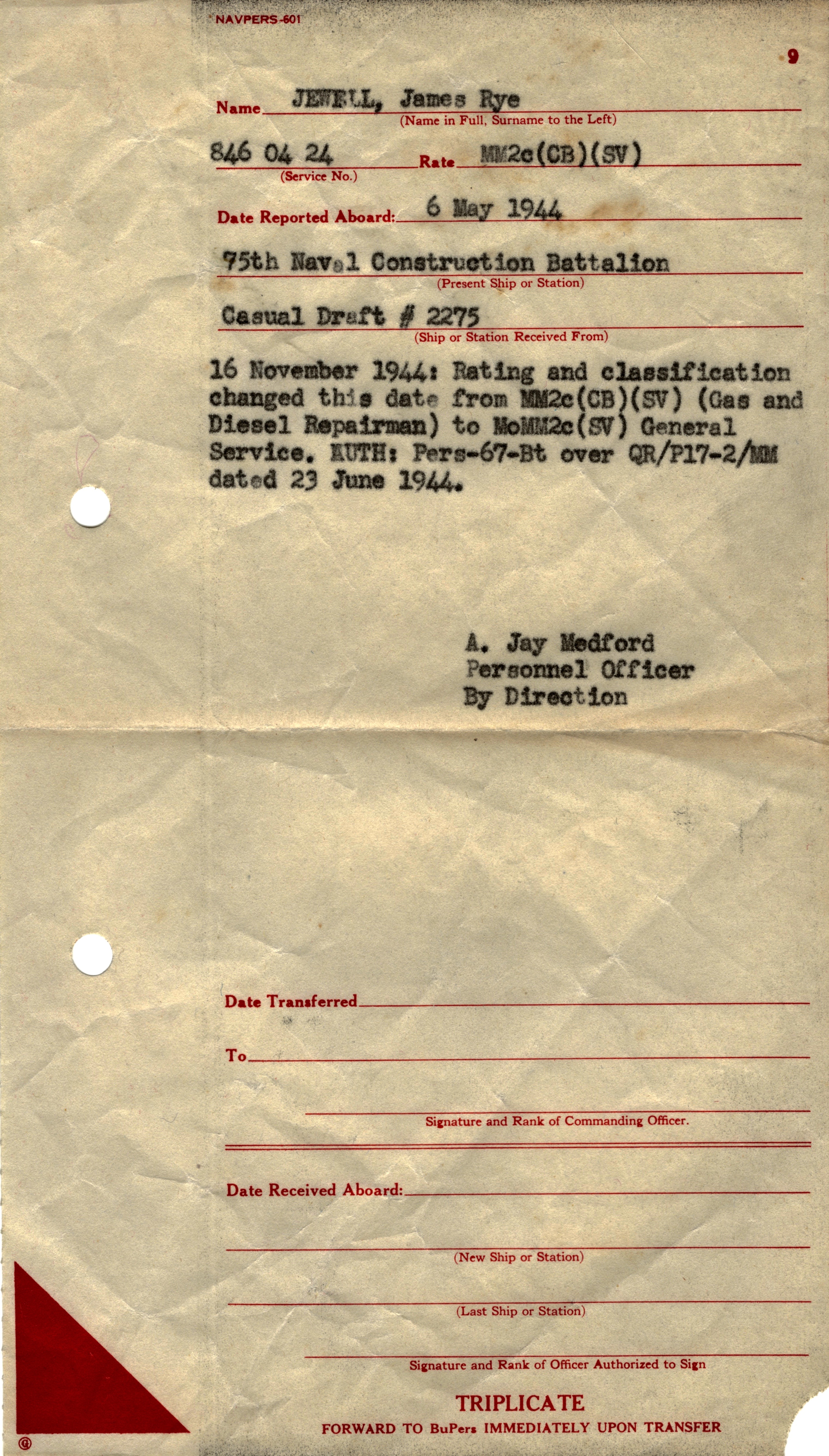 1945.
It is a photo smaller than usual 1¾ x 2¾ inches. Without the border, it’s even smaller. You cannot really make out who he is other than a sailor in a dixie cup and dungarees on a beach. He sent it home to her. He is even standing at attention. A man is walking or running in the surf behind him. It’s the Philippines, probably soon after they arrived on D+4. It depicts more than a Seabee. It depicts he’s still okay. It doesn’t say he will be home soon, but he would be back in Tennessee in several months. But no, the photo doesn’t say that. It says he is in a land far away in a war. i wonder if she could really comprehend that part of the message the photo conveyed. 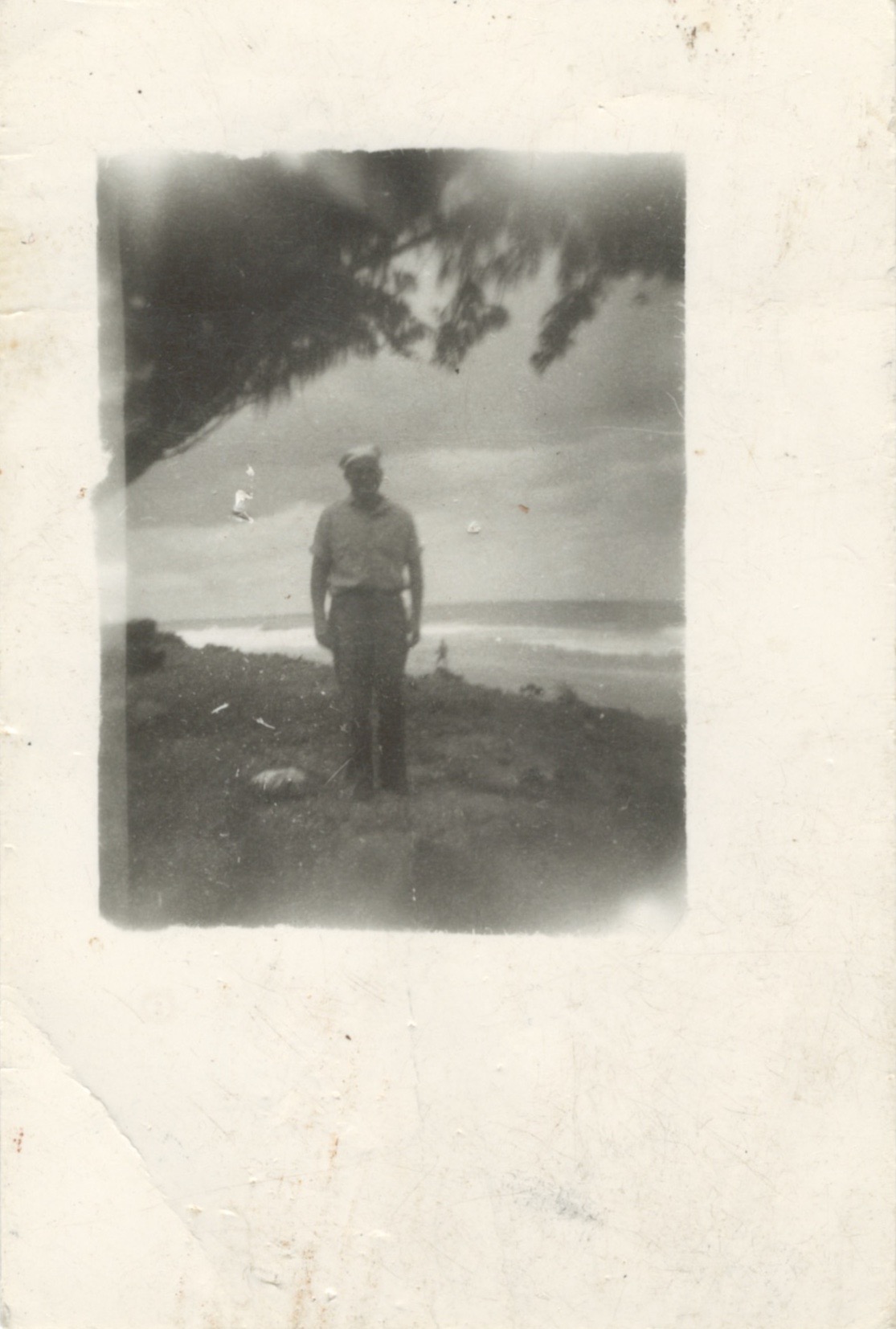 1975.
There are two special moments in my Navy career when he was with me. The first was a day of multiple exercises aboard the USS Stephen B. Luce (DLG 7) out of Newport, Rhode Island on beautiful spring day. Commander Dick Butts suggested he ride as a guest. It was a day long of Navy crazy. i was the sea detail and GQ OOD. He got to watch me on the bridge doing my thing. i was the ASW Officer. He got to go down into the bowels in Underwater Battery Plot, and in the dark, listen to the sonar ping, watch the plotting monitor track the submarine, hear my order to simulate firing an Anti-Submarine Rocket. When we crossed the brow at the end, he said to me, “Son, now i understand why you wanted to return to the Navy.”

The second time is contained in this card they gave him. “Tiger Cruise” they call it. He met the USS Anchorage (LSD 36) in Pearl. He rode back with a bunch of other “Tigers.” He stood watches next to me. He wandered the ship talking mostly to my deck hands. Art Wright, the commanding officer, gave him a plaque. It hung by his work bench until he was gone. It was a special time: two Navy men, father and son, understanding each other. 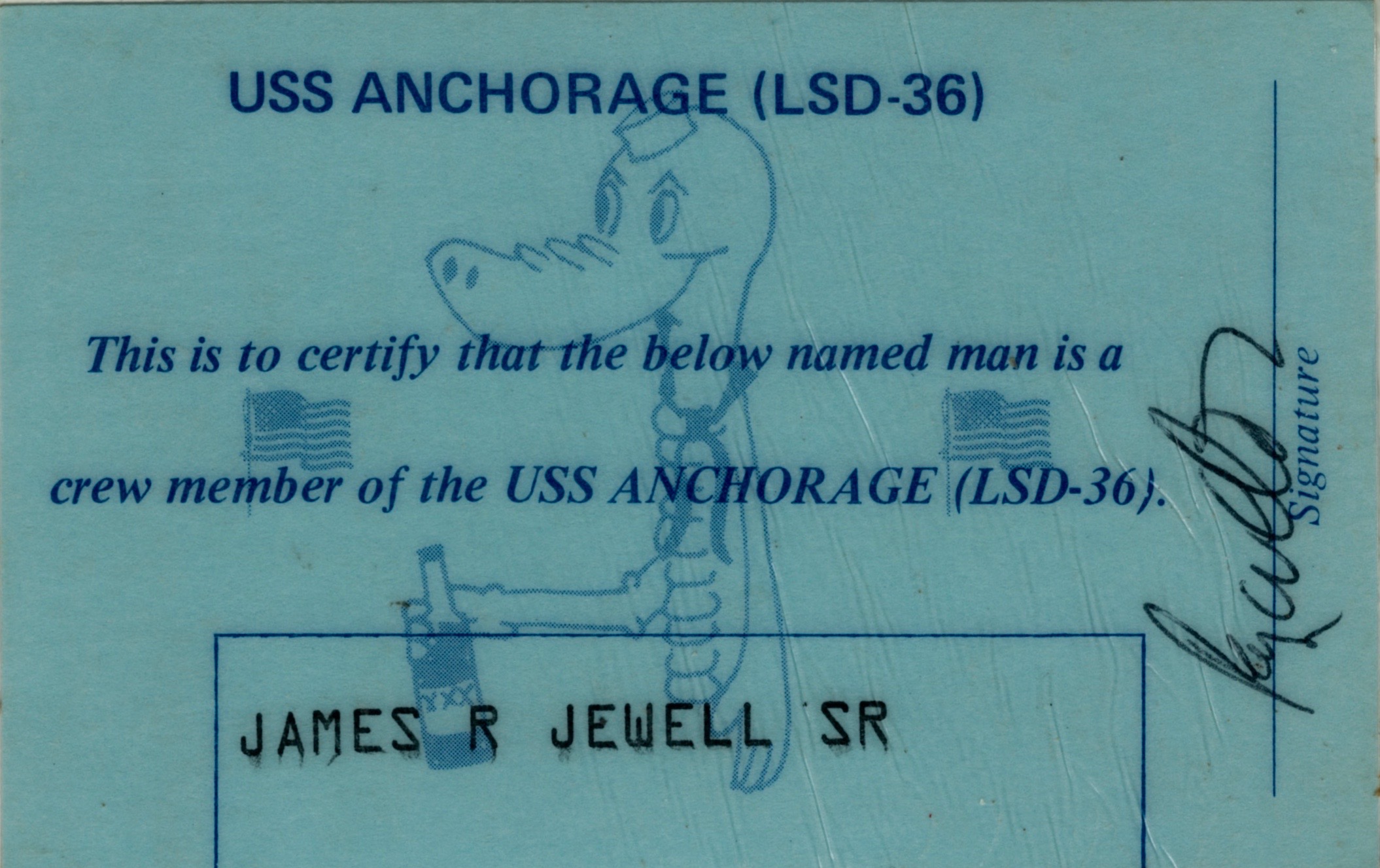 1 thought on “Memories of a Man”