The old curmudgeon finds it appropriate the most holiest of Christian holy days falls on a noteworthy day for some guy 2,053 miles away from me this morning.

When i woke up in my early mode, i decided to celebrate privately up on the hill. The guy i’m talking about who lives so far away from the Southwest corner is a bit special to me, and he and i spent about fifteen Easters together. If you can believe it, they were in church, the First Methodist Church South in Lebanon, Tennessee although they dropped the “South” sometime during our tenure there.

It’s all changed now: air conditioned white on white sanctuary in neat, geometrically straight rows in two sections running the length with a maroon carpet on the center aisle with a modern art, symbolic stained glass window behind the pulpit, with teleprompters hanging from the ceiling, all one level.

Our church sanctuary was wood and stained glass windows of biblical scenes on the side, which raised up and down for the weather conditions outside, and the rows were in arched across the sanctuary in three rows, no center aisle, and a balcony in the back where the Castle Heights cadets marched in for the 11:00 service.

That sanctuary is where we held the church services except on early Easter of course. We called it the “Sunrise Service,” although it wasn’t really sunrise. It was held at 7:00 a.m., Easter Sunday outside in front of the McFadden Auditorium on the Castle Heights campus. It was a community thing with a bunch of churches participating. i wrote a column about it in The Lebanon Democrat once and George Harding was quick in letting me know the Kiwanis had organized the event, being a most dedicated Kiwanian.

So when i woke up this morning, i arose with the thought of doing something akin to the sunrise service and, oh yes, akin to that guy celebrating a significant life event 2,053 miles away. So about a half hour past first light, i climbed my slope with my bible in hand. It is the bible my parents gave to me for an early birthday. Below the title “Holy Bible” on the black fine cloth cover my name is embossed in gold, “James Rye Jewell, Jr.”

As you should know if you read much of my stuff, i’m not a formal practicing Christian. i will not go into all of that stuff here except to say, i have my belief about God and much of the New Testament is a guide for my living. After about 400,000 hours of discussion about everything on earth with this guy who is 2,053 miles away, i suspect he is pretty much the same way.

So i climb to the top of my hill, turn on my phone flashlight and read the sections of Matthew, Mark, Luke and John concerning Christ rising from the grave.

It is quiet up here on the hill before the world of the Southwest corner begins to stir. i hear a dog bark in the distance, a crow flies over my head and caws, a dove coos, smaller birds chirp in bunches, but it is quiet to me. Peaceful: perfect for to the west of my hill, opposite in direction of where the sun will rise for my service, is the Pacific. You know, Pacific as in peaceful in nature. It looms below the clouds and beyond the bridge lights and the city proper. 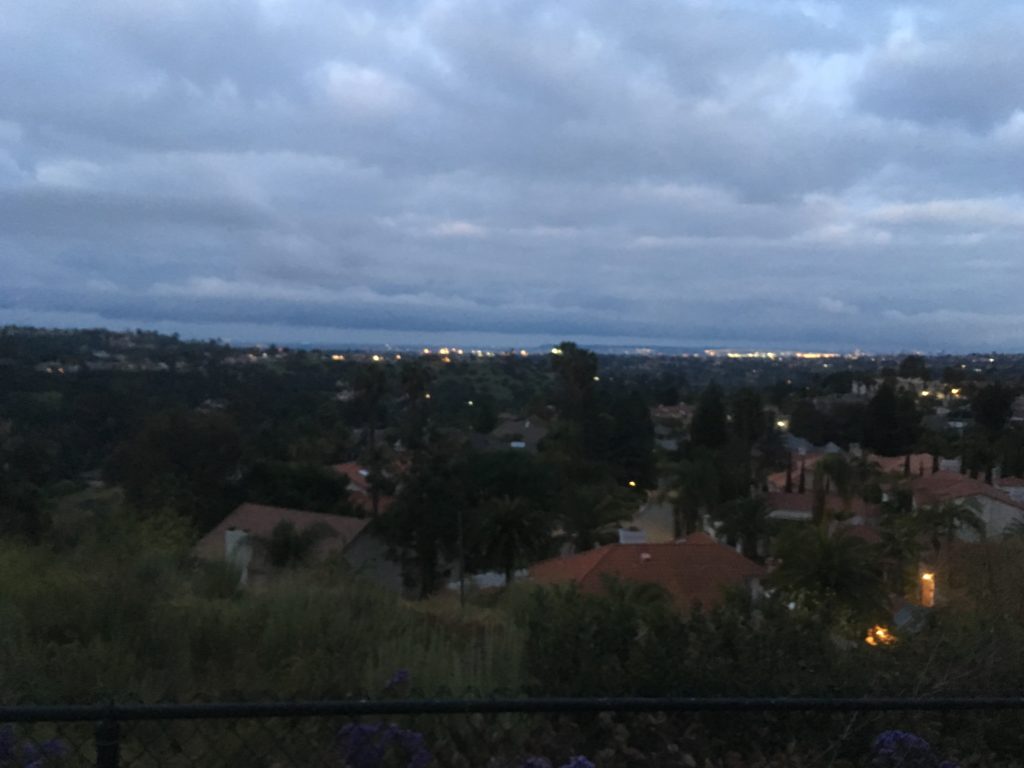 i turn slowly counter-clockwise and view the mountains and mesas of Mexico: 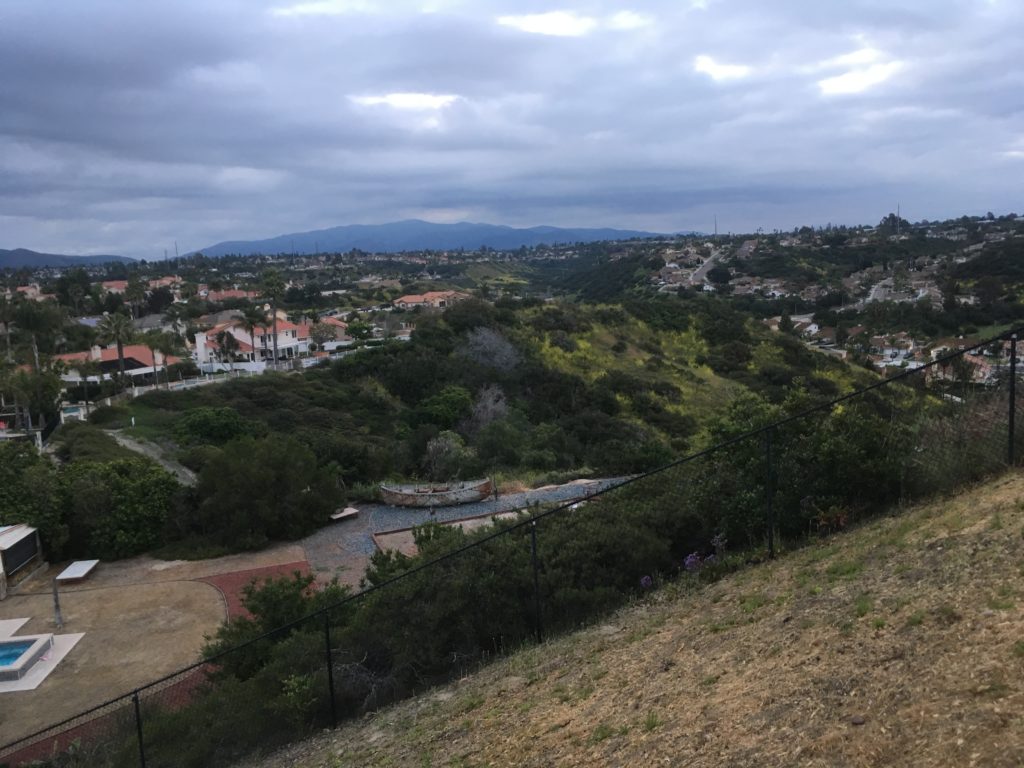 Yes, it was cloudy this morning, a condition i love in my seaport towns, but not today. i turn toward the east. It is 6:10, sunrise. The sun will rise in a minute but still be below the mountains. It will rise from there in ten minutes or less, but it is also behind the clouds. i shall not see it today.

i stare out nevertheless. i know…no, i feel it rising below Pisces and the planet Mercury. The light, the hope is lighting the sky of clouds. It is risen.

i gather up the stuff i brought up the hill, the bible and the phone and the cup of coffee, and look at the Pacific one more time. Then i walk the ridge down toward the stairs i made out of railroad ties. i think of that guy back in Tennessee. George Henry Harding, IV, forever Henry to me. You see, Henry, who as close as anyone will ever get to me, becomes officially old today as i already am. i decided about three months ago, my 75 would be officially old for me. So now, Henry is also officially old. 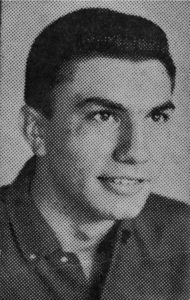 Happy Birthday, old man. You look a whole lot older now than you did in 1961.

Wish we could fly fish a couple of creeks today.

1 thought on “A Pacific Kind of Day”