i am sorry to announce i have wihas (pronounced WĪ·HAZ′), a disease. i have had it all of my life, since birth.

It is a hereditary disease, but it has been greatly amplified by my life style and choice of careers. My father had it but definitely not quite as bad as i have it.

This debilitating disease has been around almost since the beginning of man, and some medical scholars, at least this one…oh wait, i’m not a scholar, but what the hell, believe it can be traced to Adam in the Garden of Eden.

The good news is wihas is not as bad as ADD. But it’s close. It also gets closer with age.

It keeps me from getting anything done. Actually, it grows the list of all of the things i can’t get done. The natural hereditary characteristics of the disease were amplified by my 22-year Naval officer career. i served on ten ships and had two shore tours (nice, but too many: i wanted my Navy to consist of being at sea only). There were very few things i actually got done. Oh, i had my share of successes, but most of the projects were left for my relief to finish. i was moving on to a new project.

Also, as a Navy officer, you can never do just one thing. For example, as the First Lieutenant on the USS Anchorage (LSD 36) (the greatest job in the world for this mariner), i was the sea detail and general quarters officer of the deck and stood bridge watches in four sections. During amphibious operations, i was in charge of everything except the bridge and combat information center: well-deck master, flight operations, debarking troops, crane operations, boat operations, load and offload operations, coordinating UDT detachment and the beach masters, any ammunition transfers, any gunnery, and probably several other things i forgot. i had about twenty collateral duties. One which was not collateral was the preservation, maintenance, and painting of all things ship not interior and quite a few of those as well (oh i wish everyone how clean and impressive our anchor room was.

i loved it, but just when i was about to complete a project, a problem needed to be addressed in another area — did i mention i also was assigned do conduct a JAG investigation — it did little to help focus on doing one thing.

i loved it until i got tired of managing people and things and i recognized my skills were beginning to fade: it took me longer to not finish things, and it was even harder to focus on one thing.

That inability to focus on one thing has been exacerbated with retirement. You see, when you aren’t on a time clock, you don’t have a real job, and you can do pretty much anything you want when you want, focusing can become even more of an issue.

That’s where my father was different. He had many projects, many jobs, many tasks all the way up to just shy of ninety-nine. But he finished them. 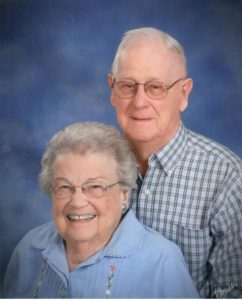 Still, it was my father that led to someone naming this terrible disease i contracted from him and exacerbated by my life choices (not many regretted, i should add).

My mother, the medical scholar, came up with the term for the disease. She, of course, didn’t name it “wihas” (pronounced WĪ·HAZ′). i turned it into an acronym. She named it after seventy-five plus years of observing my father.

Estelle Jewell frequently said Jimmy Jewell was like a “Worm In Hot Ashes.”

1 thought on “Wihas, a Disease”