It began about three months before i met her.

i met her husband in Tasmania, November 1979.

Pete Toennies was the UDT advisor for the Commander, Amphibious Squadron Five staff aboard the USS Tripoli (LPH 10). I arrived on the squadron’s last day of liberty in Hobart, Tasmania, Australia to become the staff’s Current Operations Officer. Over the next four months, Pete and i became fast friends, working together, and enjoying our liberty together in one of the wackiest deployments i ever made. Our friendship remains one of the strongest i have had in my life.

When we returned to our homeport of San Diego in January 1980, i  met Nancy. i was still recovering from losing my daughter as a full-time father when i was divorced by her mother. My meager household goods were in storage. i did not have a clue as to where i should find lodging.

Then Pete and Nancy invited me to stay with them in their home on Coronado until i could find an apartment. i was an imposition to put it mildly. The house had a “double/double lot, but the house itself probably was not larger than 1,000 square feet. My place was the dining room nook to the side of the front room. The two of them put up with me for a little more than a month and were instrumental in my moving into a great apartment on Coronado. 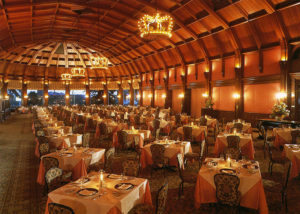 After i moved, Pete took off to Alaska on a SEAL/UDT exercise. i had planned to take them to dinner for their kindness, but now Pete was gone. i came up with an alternative plan and invited Nancy to Sunday brunch in the Crown room of the Hotel Coronado Crown room. 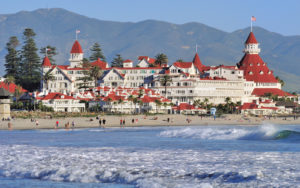 The Hotel Del is a famous 1890 hotel on the beach. The Crown room is an reminder of how elegant and special the hotel has been throughout its storied history.

Did i mention Pete is 6-6, a hall of fame swimmer at St. Johns, and an incredible athlete? Or did i point out Nancy is a striking 6-1 blond/redhead? When she and i walked into the Crown room for brunch, i estimate about a dozen diners broke their necks doing double takes. In case you didn’t already know, i top out at 5-6.

Then last month, we learned Pete was going to have replacement left shoulder surgery. The procedure is planned for later this month, but Pete has been shut down on any activity using his left arm until the surgery. So Nancy who belongs to the Women’s Golf Club at the Sea ‘n Air course on Naval Air Station North Island did not have a partner for the monthly couples tournament. She asked me to join her. i accepted. It was the least i could do.

Sunday, we played. We had a good time, but i didn’t help very much in the competition. But to explain the double takes at the Hotel Del Crown Room 37 years ago, i asked our golfing partners, Steve and Jennifer Tosh, to take a photo: 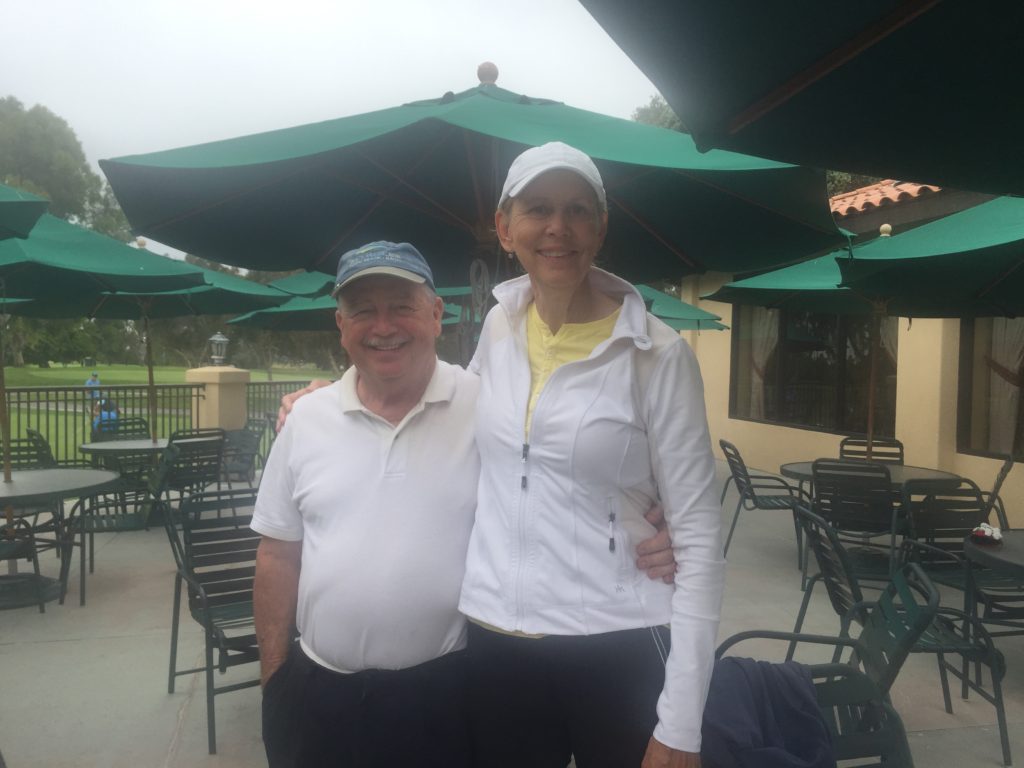 i think that says it all.

Thanks, Nancy (and Pete).

3 thoughts on “The Tall Angel and the Goofy Guy”