This was begun after we went to the Belly Up Tavern this past Sunday evening and completed over the next few days. There is at least one other post related to this one.

It is past midnight. Old men should have been in bed a long time ago. But tonight was different. 34 years of marriage.

We planned it about three months ago. We paid way more than we are comfortable for the tickets. We were going to cancel. Then, we said to each other, “What the hell; let’s do it.” 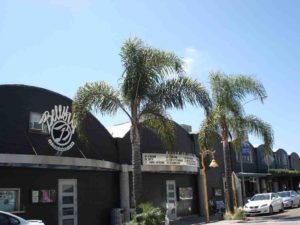 The event was at the Belly Up Tavern in Solana Beach where we went on our first official date. I had maneuvered to have quite a few “business lunches” right after i met her, but we were professional and even i shied away from anything more than a business relationship.

Then the partitions were delivered (as per her sister’s request, i will retell meeting Maureen later), and after two months of business, the deal was sealed. That day in her office, i asked her for our first date.

“Would you like to go see John Lee Hooker?” i asked.

“Who’s that?” she questioned. i sensed reluctance.

“He’s one of the legends in the blues,” i replied hoping to get her more interested.

“What’s the blues?” she asked.

Surprisingly, she said, “Okay. But you have to understand i have a primary relationship.”

“What’s that?” i asked honestly.

After she explained primary relationships, and i told her about the blues, we worked out the arrangement. She met us at Lou Rehberger’s apartment in Solana Beach. Lou, his date, JD Waits and his date, and Maureen and i went to the Belly Up Tavern. John Lee Hooker was the main attraction that Saturday night. He didn’t disappoint.

The following Monday night, JD and his date, Maureen and i returned for Doc Watson’s performance.

Maureen was introduced to Blues and Bluegrass within three nights. She loved it. There were other dates to events but most of our summer, usually two or more nights a week, we went out to dinner. There was some reluctance to further the relationship on both sides. i was a very single lieutenant commander in San Diego with an apartment on Coronado and very pleased with my status. She, as you might remember, had a primary relationship.

But that wasn’t going real well for her and one of her closest friends asked her about that “sailor boy.”

We were married about ten months later. Thirty-four years ago.

When we came back to San Diego after an incredibly rewarding and final operational tour for me as executive officer of the USS Yosemite and the first year together in our marriage in Jacksonville, Florida, we again went to see John Lee Hooker at the Belly Up. He was even better than the first time.

We went one more time in the late 1980’s to see Taj Mahal. We weren’t disappointed but other factors including the Belly Up being on the opposite north/south ends of the county kept us away. 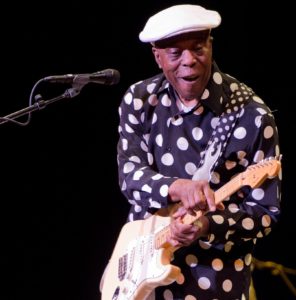 About a dozen years ago, we went to see a BB King concert in the outdoor stage a couple of miles south of us. We both saw Susan Tedeschi for the first time, and Maureen saw Buddy Guy for the first time. Unfortunately. Buddy’s lead-in show wasn’t over until after 10:30, which meant BB wouldn’t start until almost midnight. Maureen had a workday the next day. We bailed. We did see BB and Albert King at Humphrey’s. Maureen’s conversion to Blues lover was complete.

Then we saw the advertisement for Buddy Guy. At the Belly Up. Done deal.

Since our first forays up north, the Belly Up and Humphrey’s have become the rage. People fight to get into the concerts. Neither is the laid back fun place to enjoy good music they used to be. Now they are events. That means, of course, they have become outrageously expensive. It also meant there are long lines to get in. At the Belly Up, it appears they have reduced the seating and raised the attendance capacity. Seats in the middle have been taken out for perimeter tiered seating. It is so small it is still okay, but now there are over half of the crowd standing in the middle. For up to four hours. That’s after a half-hour to 90-minute wait in line. Not for this old folk.

But then, we were inside. i sat with this beautiful woman in the place where we had our first date in 1982. i put my arm around her. i did not do that 35 years ago. We listened to the blues like we did back then. John Lee Hooker is gone. BB King and Albert King are gone. Damn near all, if not all of those blues legends are gone. Buddy Guy was a bit different, a guitar wizard and more akin to Jimi Hendrix than Sonny Boy Williamson and Little Walter. But the backbone of his guitar playing was the blues and he’s back.

It was just about right for our celebration.

Yet as we looked around, there was something just not quite right about the scene itself. Other than the bass and lead/rhythm guitarist and, of course, Buddy, the crowd of 600, the maximum, may have included a couple people who weren’t pale of skin, but i didn’t see them. The entire audience was pretty much middle and older “white” folks, perhaps remembering earlier times, perhaps there because it was a “go-to” event.

Old chubby men in cargo shorts, bad Hawaiian shirts, and pork-pie straw hats, bobbed their heads in appreciation but out of rhythm (think Gene Wilder and Richard Pryor in the bathroom scene of “Silver Streak”). These old men wore flip flops or white tennis shoes with white socks. Old women in knock-off muumuus and Birkenstock sandals swayed, also in questionable rhythm. The younger set in their forties (there may have been a few dipping into their thirties, but again, i didn’t see them) crowded around the two bars and were swigging them down like it was a race. They were talking in groups, not too engrossed in the music.

i mean this was Buddy Guy. His lead-in was this eighteen-year old “white” kid guitar phenom named Quinn Sullivan. He was good, real good, fast like Buddy. Buddy showed his eighty with talk of giving back, getting along, and a number of trips to his coffee cup at the back of the set while the band played breaks. He still has the guitar playing and the showmanship, using more profanity to shock and induce nervous laughter. But he is Buddy Guy.

The world changes. Places i love become popular, a few try to remain the same but seldom do. Prices rise. Worse, crowds searching for the new “in” make them…well, crowded and noisy. Sorta like cars: i buy one i really like. They become popular. The car makers make ’em plusher, add electronics, take away the sports ride so they will ride smoother, modernize the straight stick, and of course, raise the prices.

But for one evening celebrating an incredible 12,791 days of pretty much joy sharing my life with this elegant woman sitting next to me who is getting down, clapping in time, moving with the young Quinn’s and Buddy’s guitar playing, it’s okay. i’m not into those old “white” folks. Hell, i’m not even one of them. i’m an old blues nut, appreciating what has evolved from its roots. And to do so with Maureen makes just about perfect.