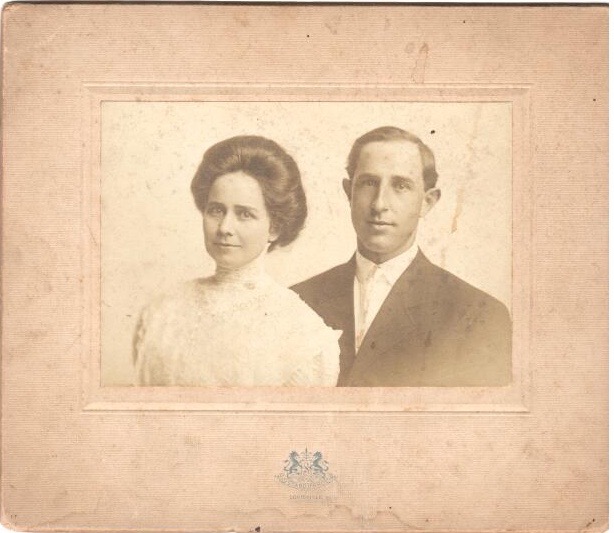 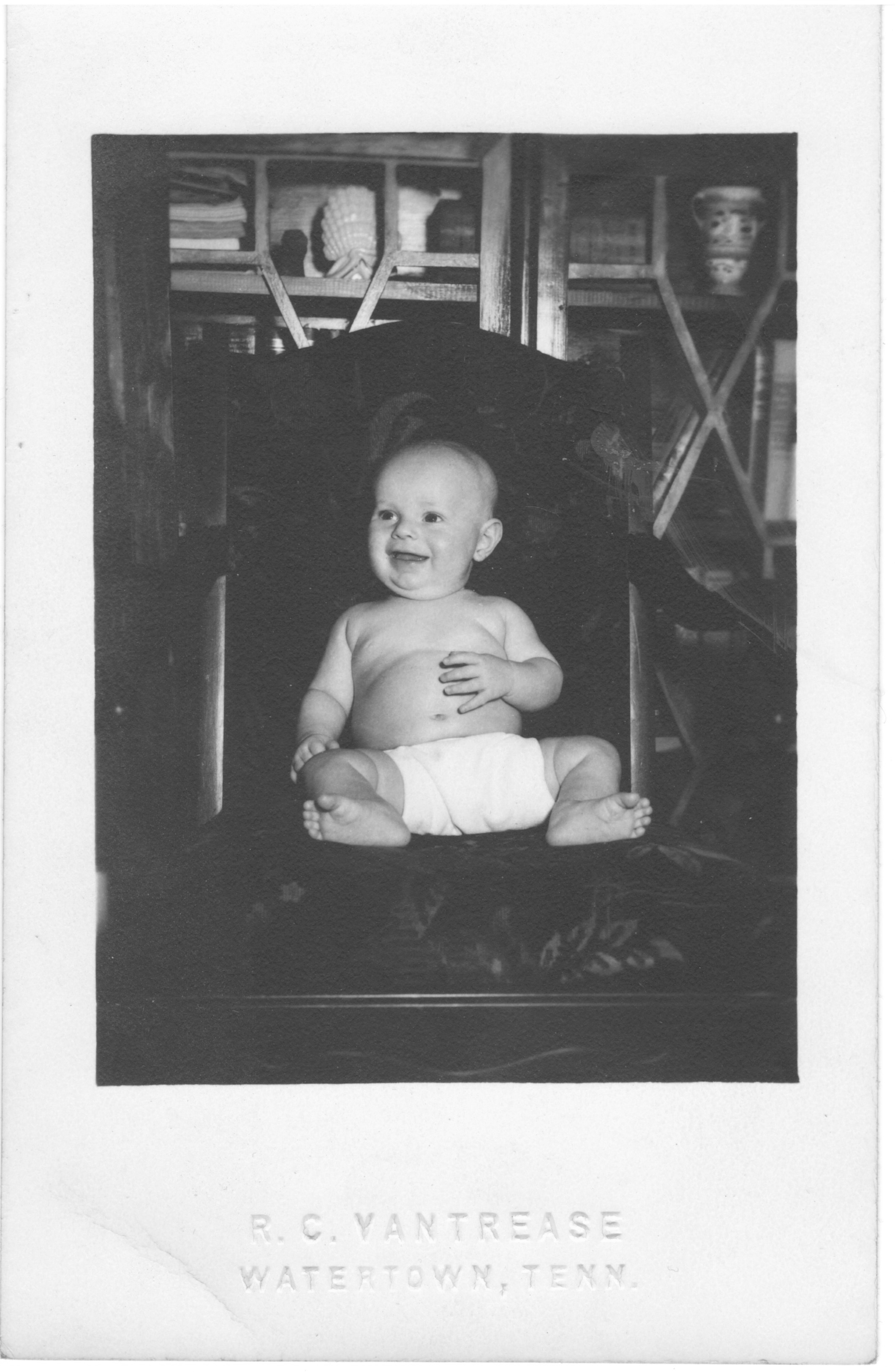 Recently, one of my best friends whom i wish i had asked for a date in high school, Judy Lewis Gray hooked me up with Sean Dieterich’s blog, “Sean of the South.”

Nifty name for a blog, i thought.  Then i read “The Ball Game.” i related. Then Judy sent me another link to Sean. “Good Eating” was the title. i mused about how it should have been “Good Eatin’.” (Man, i wish somebody could teach me the real rule about quotation marks and periods). i read and i identified again with what Sean was writing. i signed up.

If you are from the South and do not wish to wallow in the quagmire of political positioning, then you might consider checking Sean out. Unlike me, Sean is a polished and professional writer. He tugs at your heart strings…in a good way.

Today, i got this email letting me know he had another one. He called it “American Singers.” i identified again. In many different ways. You see, i’m from the South, too, just not as deep as Sean and a bit of my South has worn off what with a Navy career and living in the Southwest corner and learning the ways of the more sophisticated in art, cooking, interior design, and landscaping from my wife.

Sean described singing at a nursing home. i sang a bit at church when i was high school. i even sang a solo in the men’s choir a couple of times, and in the eighth grade, Henry Harding, my best friend and i sang two songs for the weekly assembly in the high school auditorium. But that’s about it. Except for in the shower and in the car, my singing days are pretty much over. The high notes hurt and i can’t hit the low notes. Apparently, Sean is much more professional than me in the singing category as well.

Yet, i identified with the folks to whom he sang. i’ve been there. About ten years ago or more, my brother, sister, and i checked out the assisted living-to-hospice places in Lebanon. My mother was 90, and my father was 93. We felt it was time they gave up their living by themselves. Our mother had some health issues, and we believed assisted living would help our father take care of her, easing up his responsibility. We also felt he would take to the environment like a duck to water because with all of the folks around him being his age and with his natural talent for talking to folks, the contact would please him.

They had been in a condo (actually a duplex, but i let folks from back home call them anything they choose) in a development for only over-50 folks for five years after moving from their home of sixty-two years about three blocks north. We studied the possibilities. i checked out the three best places in Lebanon for them to move, and narrowed it down to three. i gave them all of the information. They, of course, had friends in all three and knew those three senior residences pretty well. They chose Elmcroft. My Aunt Bettye Kate Hall had stayed there before passing away, and more importantly, my mother’s hair dresser’s salon was located inside the Elmcroft facility.

They agreed to make the move, but they retained the condo because my father wanted to be able to drive there every day and check on it.

We moved them in. It was one of the loneliness and saddest things i’ve ever done. i said goodbye to my mother in their suite. Daddy walked out to my rental car with me. i hugged him and said goodbye. As i pulled out of the drive headed for the airport, i looked back and saw him looking like a lost soul, one of the few if not the only time i’ve seen him without his confidence. It took all of my resolve to not turn back, take them home, and move Maureen and Sarah there to live with them. The pit of my stomach was churning. The drive to the airport was a bit blurry from the tears welling up in my eyes.

It lasted a month. i’m not sure whether my brother, sister, or i received the first phone call. But with mine, it was short and sweet.

“Son,” Jimmy Jewell said to me, “I’m doing all of the things we are paying them to do. We’re moving back home.”

They did and lived there until he contracted pneumonia prepping his garage floor for painting in 2013 Southern June. He was ninety-eight. He died just over two months later, forty-two days shy of ninety-nine. i had often thought be might replicate in human form “The Wonderful One-Hoss Shay,” from a poem written by Oliver Wendell Holmes.

But he wouldn’t make it to the century mark. We had moved him and his wife back to Elmcroft. He was actually there for about two weeks after another couple of weeks spent in the hospital. Estelle Jewell lived for nine more months in Elmcroft before giving it up in May 2014, living nobly i might add, until a month shy of her ninety-seventh birthday.

While she was there, i spent a goodly amount of time with the old folks in residence. They were, as Sean pointed out, the living remainder of the town from years ago: the bankers, the tailors, the utility men, the one-hundred-and-five year old minister, the grocers, the teachers, the town that made it through the depression, the big war, the cold war…and thrived.

Sean’s post brought me back to something else i’ve been thinking about, growing old and all. i’ve been trying to figure out what to throw away and what to keep in a crowded garage, closets, and drawer space and what to keep for relatives and friends to have. My father-in-law and my parents left me a ton of stuff to go through. i even have my aunt’s photo albums and memorabilia from both sets of grandparents. Then, there is rather ungodly collection from a quarter century of living no more than two years in any one place (except for three-plus at Texas A&M and my last tour, also over three.

There is no ego here (i hope). Perhaps this need to catalogue or toss stuff has been driven by my unfulfilled dream of knowing my grandfathers. They both passed away before i was born. i have a lot of facts about them, but every time i brought up the questions of what they were like, what did they believe, how did they treat people, what did people think of them, my parents would give me facts or tell a story that really didn’t give me a sense of who my grandfathers really were. i just don’t want my only grandson and any other grandchildren who come along after i am gone to wonder about who i was, what i was like, what did i think about. i don’t want them to have the void i have.

While sorting through all of that stuff, i occasionally hit something that gives me pause.

Like those two photos above. The first is a Jewell infant. It was in my grandmother’s stuff, mixed with my aunt’s stuff my cousin gave my father who passed it along to me in a big cardboard box. There are several  studio photos like these. Many, like this one, were turned into postcards. All i’ve found so far except this one have names attached. All are my cousins.

This post card has no name for the baby, nothing except the name of the photographer, “R.C. Vantrease” and his location, “Watertown, Tenn.”

The couple in the second photograph are my aunt and uncle. Elizabeth (Bess) and Gus Lancaster were married in the 1890’s and lived in Nashville. My brother and sister probably know for sure, but i must guess East Nashville. They had two daughters, my older cousins. Elizabeth and Leola Lancaster moved to Washington, D.C. when they were in their twenties and worked for the government. Elizabeth married late and her husband died much earlier than she. They had no children. So when they passed away, they left what they had to my mother and father. i’m pretty sure this is where this photo came from, although it could also been in my grandmother’s things.

That baby and that handsome couple as well as their daughters are gone. There is no one who is directly related. They never did, as far as i know, anything to make them historic figures except in family history, and all of that, except for these photographs, will be gone once i and my generation of Orr’s, Prichard’s, and Jewell’s have also passed from the scene. i could toss these in the round file and no one would ever know or even care.

But every time i look at them, i just can’t toss the photos. i identify with them. i wonder what happened to the Lancaster’s from then until i knew them. i wonder in what way i am kin to the infant and what was he or she doing in Watertown for a sitting, not Seat’s Studio in Lebanon, the family go-to for studio photographs along with being the studio for nearly all of the town folk.

And then, i think, “What does it matter?” i’m no different than these three relatives from the past. i think i owe to my children, grandchildren, and other younger relatives to leave something, but they would be fine with nothing.

That’s when i reach the conclusion it doesn’t matter what i leave behind. What matters is how i live, and quite frankly unlike a large number of folks, i don’t intend to spend my time trying to convince others how to live right. i have enough to do trying to figure how to live doing the right thing by myself. All those other folks are just gonna have to do right on their own, without my help.

So i’m just an observer,  a rememberer, and god help me, i hope my observations and my memories are about the good things, the right things. Perhaps there will be a few that are not “good,” but something bad i did or experienced that might help someone else do gooder (my word: it just seemed to fit).

i’ll just keep on sorting, trying, as Bob Seger once sang in “Against the Wind,” what to leave in and what to leave out. After it all, it keeps me busy.

And no, i won’t be throwing these photos away. It’s just not in my genes.

2 thoughts on ““Sean of the South,” Nursing Homes, and the Sad Act of Vanishing”