It’s been a hell of a week. Our trip to Concord and San Francisco was cancelled by my executive decision — it’s a rare event in this neck of the woods when the old retired commander pulls out his combination cover to take action. It proved a good but sad decision. It was our annual trip to the Hardly Strictly Bluegrass Festival in Hellman Hollow in Golden Gate Park where we spend three days with Alan, Maren, and Eleanor Hicks, along with 800,000 of our closest friends listening to a cornucopia of music but mostly bluegrass at the Banjo Stage. And this year, we had added a treat of seeing some of my favorite people: our nieces and their families from Maureen’s side of our family.

But recovery was required. And it turns out, the commander’s executive decision was a rare wise choice.

So i had my moon and Mars make it okay Thursday morning. Then Friday, i went and played golf. Boom, the world was back in the toilet again — no, not really: after all i was walking a golf course, even if my game sucked, in great weather with my friends. And where else but Admiral Baker, South Course, in Mission Valley could one find such insanity.

The thirteenth hole runs east along the San Diego River.

The golf course and the surrounding Navy recreation area is about the only thing preserving wild life in Mission Valley. The Admiral Baker area is surrounded by more apartments than the population of most towns, ditto the condominiums, several thousand car dealerships, an obsolete football stadium, a convention center or two; every hotel chain known to man and a few which aren’t, three thousand restaurants of which one or two are decent for dining, and two mega malls. In Baker, deer abound and run across the two courses with abandon; coyote hunt with seemingly no courtesy for interrupting putts; all sorts of other animals flock and hide in the edges of the river, and Friday, we watched eight egrets with wing spans of seven feet or more take off from the river and glide gracefully over the landscape for an hour.

But if you slice your ball into the river off of the thirteenth tee or dub a second (or third) shot into that river trying to get across to the green, you don’t go into the river’s abutting brush to retrieve anything, even one of your foursome. Snakes abound along with many other unknown wildlife. Hell, i wouldn’t even eliminate the possibility of an alligator or two being down in that jungle.

But there on the thirteenth tee and strategically located along the edge are several signs like this (thanks, Pete, for the photo — my phone’s memory was screwed up): 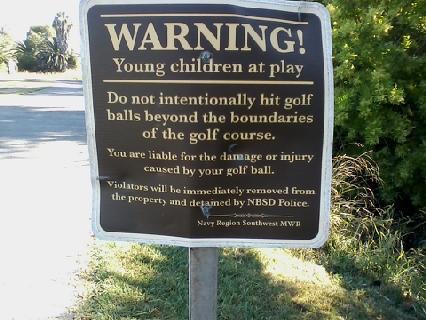 Well, i’m telling you if there are any children playing down there

But nothing else really mattered compared to the small thing that sent me into hysteric euphoria: As i was setting up my app on my phone for my golf GPS before we teed off, i noticed i had a reply to a text i had sent to my grandson Sam the day before.

There is nothing, not one damn thing in this entire world forever, that could make me feel any better. i’ve been floating on air for about 42 hours.

Then early last night, i’m having a typical day for someone who roots for underdogs: Vanderbilt, San Diego State, and the Padres lost, and i’m old enough to know there ain’t no such thing as a “moral victory.” 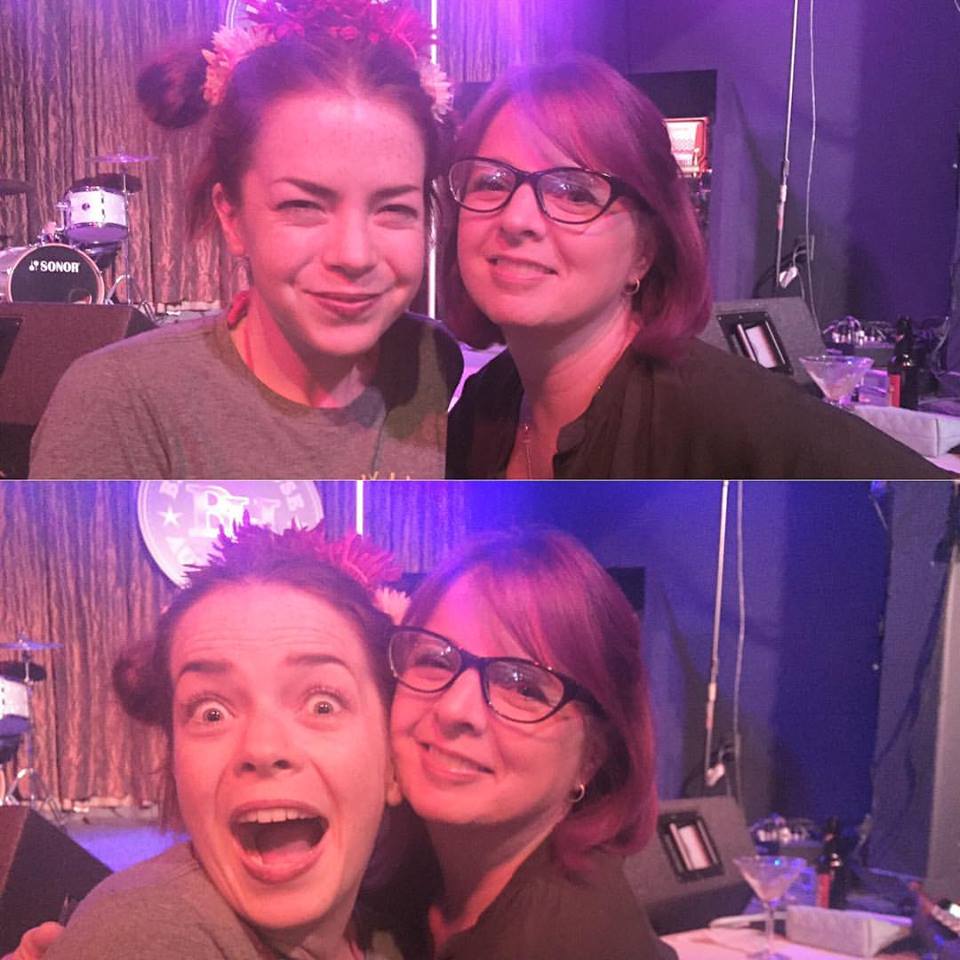 My two daughters having fun together in Austin. It occurred to me they have an incredible capability to enjoy life to the fullest, and i know with certainty, they will be fine.

So there is another week i will walk on air.

On another note, observing sports, something that has been an integral part of my life since forever, is about to lose me.

Televised sports is ruined by grotesque intervention by fans through antics, noise they hope will impact the contest in their favor, and boorish behavior; rules inserted with no real connection to the game itself because of fear of injury, commercial time, self promotion by the television channel; replay after interminable replay to try to get everything perfect in an imperfect world; the inanity, incorrect and over analysis by announcers who apparently think they are the two smartest people in the world who have to tell us how dumb we are, repeating those inanities ad infinitum; and profane amounts money spent on something that really should have no priority over education, equality, poverty, justice, and the American way. It’s downright embarrassing to be part of the same human race.

If it were not for video replay, which allows me to fast forward through dumb commercials, half-time drivel (i would even gleefully welcome back watching the marching bands, especially the Texas A&M Military Marching Band), and replay studies of silliness, i don’t think i could watch at all.

Finally, i had to turn off the Ryder Cup.

First, the fans were out of control. The chanting of “USA, USA…” grated. i don’t think the 50,000 plus had a clue why golf is such a wonderful sport. And then learning this morning, two fans were ejected from the event for screaming obscenities and other insults at our visitors, i was…well, just sick of out-of-line behavior. i wanted to watch some of the greatest golfers in the world compete, not idiots crowding the fairway. And how the hell do those folks in the bleachers sit there for ten hours or more?

One final note. Except for Tiger Woods, i did not see any people: players, marshals, announcers, or  fans with dark skin. There is something incredibly wrong with that. i’m not blaming anyone. I don’t know how to fix it. It is representative of something that remains truly wrong, wrong, wrong with our country. And we, individually;  not through legislation, not through protests, not through politically correct language, not through taxes, welfare or another program that gives some national figure a platform to enhance his/her own image, power, or wealth, need to fix it through each of us treating humans like…well, like humans.

2 thoughts on “Random Thoughts (what else?) on a Sunday morning”