For those of you who might have missed it, i’m headed back to Tennessee. Home. A short trip. 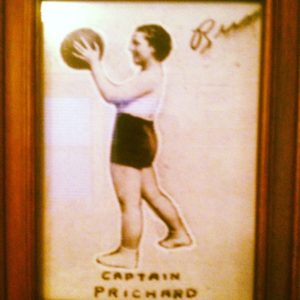 Vanderbilt Women’s Basketball is honoring my mother for her achievements as a Lebanon High School Blue Devilette during the 1934-35 season. The event will take place at halftime of the Volunteer-Commodore game on Sunday in Vandy’s Memorial Gymnasium.

i get in tonight, my sister Martha Duff, brother Joe and his wife Carla Neggers, and Maureen begin to assemble on Saturday. With luck, Tommy Duff’s entire family will be there for the game.

i have some errands to do tomorrow and perhaps Saturday. The other siblings will be gone by Monday and Maureen and i head back to the Southwest corner early Tuesday. Like i said a short trip.

Of course, short trips do not exist anymore if you are flying. Might as well count off the whole day. It ain’t fun like it used to be. Of course, my “used to be” was when there were no TSA lines, no jetways. Like i could walk to the aircraft on the tarmac. For a long time, i even used an American Airline huge umbrella they loaned you to walk to your plane. No,  i didn’t steal it, but i don’t remember how i got it. But it sure was useful, bigger than even golf umbrellas. Where did it go?

Today, Sarah drove me to Lindbergh Field, aka San Diego International Airport because they play down any association with a man who accomplished an amazing feat but had politically incorrect leanings long before they knew what politically correct meant and it’s easy to excoriate or rather damn dead people because they can’t explain — that doesn’t mean i agree with Lindbergh’s  political stance as i understand it. In fact, i abhor his position, but not his achievement.

i arrived almost as early as Maureen would have had she been with me. Maureen is extremely careful when it comes to air travel. Like if we have a noon flight, she would prefer us arriving by 9:00. That’s 9:00 p.m. the night before. i wasn’t that careful but with all the weather and coming off of the shutdown, i decided to actually get there two hours early. Attempting to get something done on the way, we left home early. I-5 traffic, unusual for that time of morning, dictated ditching the stop. So i get to the airport about twenty minutes before the cautionary two-hours. That was longer than the first leg of my flight to Houston.

i zipped through the Southwest check-in. Good job. Then i went to the TSA Security (sic) check. Now these folks went to a lot of trouble to make sure i wasn’t a terrorist. Because of my age i think, i usually get the “PRE” designation, which makes the process a slight bit less onerous, but this time, no “PRE.” Of course, they need to be sure a retired Naval commander who held a Top Secret Atomal clearance now 75 years old is not on some kind of terrorist mission to blow up the aircraft he is riding. And then there were folks older than me who could barely walk, and the woman with her six-year old daughter, and families of three, four, five, sure candidates for terrorism. But what the hey? It doesn’t matter a thirty-second walk has turned into a quarter-hour or longer process from hell for all of the gazillions of innocent travelers. Of course, we need to be safe. But of course, anyone who really wants to blow up an in-flight commercial aircraft can get around such silliness. It’s the nuts who are easily recognized as someone to check they might want to ensure is safe. But oh no.

And then, there’s the Navy. The Navy decided they needed a whole line of security experts rather than relying on regular sailors and marines for security. So they created the MA rating and a designator for security officers. They, of course, no longer are concerned with the Navy’s mission. They are concerned with security, which is, quite frankly a sham. They create frustration and hassle for anyone entering a base while creating one of the softest targets for a terrorist imaginable: just attacking the never ending line of cars filled with active duty, retired and dependents waiting to get on to a base. Not to mention, any terrorist with a brain (thankfully, there are too many) could figure out a way to get through the harassment.

But now, i’m on a flight to Houston, seated with a delightful, young Christina, who turns thirty Sunday and an equally enjoyable Walter. They are gainfully employed and apparently love their jobs. They talk of marketing and the things they say are the things i taught and coached about leadership and business management. i do not tell them of my past (except for my going back to attend my mother being honored and how my wife is big into yoga and i play golf…poorly). Their conversation pleases me.

And i am going home. i wish to apologize to my friends, dear friends in Lebanon and Nashville who i will miss. As usual, there is not enough time. Never enough time. Sometimes i think i live in at least three worlds. Home remains Lebanon, Tennessee, the home of my ancestors, a practical, religious, place with some shadow of an evil still hanging in its fabric. But i was never exposed to the shadow and still relish the beauty, the kindness, the kinship of all those folk who live there. Then there is Texas. It is my daughter and grandson’s home. i would like to spend the rest of my with at least part of my day with them. That will never happen for many reasons, but it does not keep Austin from being another world of mine. Then, there is the Southwest corner. People love to deride, joke about, detest California, especially if they are on one side of the political spectrum. i ignore all of that. i live in…sunshine. No air conditioning. Beaches. Mountains, year-round golf and fishing and all sorts of other things, not to mention my wife is a native.

i’ll continue to live there with her. Done deal. 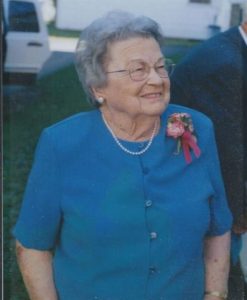 But home is home. Vanderbilt is honoring my mother. This photo was taken a couple of years before she passed in 2014, just shy of 97 and nine months after her life mate had gone. She lived in  a Lebanon that was a wonderful place to live for her oldest son. Her being honored and her and her husband’s life were, in many ways a miracle for me.

i plan to write of the halftime ceremony honoring her and revisit thoughts about her and Jimmy Jewell’s life again, hopefully from a different angle.

And air travel, despite Christina and Walter, and good flight attendants, still sucks. i want to walk on the tarmac in the rain with a huge umbrella to my flight.

2 thoughts on “Rambling Thoughts on a Long, Long Way Back Home”