Seventy-Three is not a magic number. i mean it’s not like 75. If it were my 75th, i could steal from the anniversary connections and say this was my “diamond” birthday. i can’t. They don’t have a connection like that even for anniversaries for 73, let alone birthdays. i figure this birthday should be connected to lead.

Seventy-Three is not even significant in most categorizations. Seventy-Two seemed, not magical, but certainly mathematically clean and associated.

So why am i so obsessed about turning seventy-three tomorrow. i don’t know.

But i have an excuse: i’m old.

Now if i live as long as either one of my parents with a sharp mind to the end as they did, i could have at least twenty-four more productive years left, maybe twenty-five. But i won’t: i lived one hell of a lot harder and wilder life than they did.

So i figure i will be damn lucky if get another twenty years out of this thing called living. 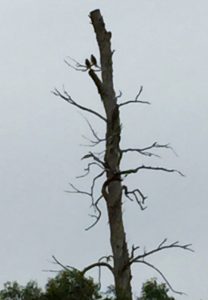 Now, it’s time for me, as i have written, to reinvent. It won’t be hard. There are things to remind me of how to do it. Two Tuesdays ago, i played golf with one of my all-time best friends, Pete Toennies at the Bonita Golf Club. For a number of years, we have watched two red-tail hawks soar the heavens looking for game and survey their prospects from a dead eucalyptus, a sentinel  near the sixteenth green. In that recent round, they perched on their outpost, almost like telling me to do it right. They did.

But that is just a recall of a wonderful moment.

With the seventy-third inevitably upon me. So is the rain. So we prepared for the rain, five days of it, an unheard of event in the world of the Southwest corner since the rains of the

late seventies. So Maureen prepared, with my help. Her orchids were pulled out from underneath the overhangs in our courtyard so they could bask in the downpours headed our way for the next five days.

Then, i made my last martini…ever…i think. My age does not handle booze well. It is time for me to back off or quit entirely. The trial, hopefully successfully segueing into my lifetime habits, excludes hard liquors and limits all of the others. Appropriately, i had used 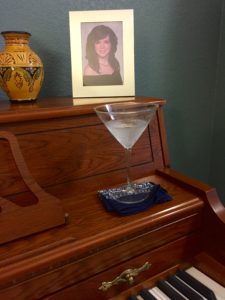 the last olive already, so i had to forego garnish. Not a big deal but symbolic. So i wandered into the front room, sat down at the piano, arraigned a jury-rigged coaster out of my ever present bandana, placed the martini there for occasional sips. i played a simple piece i made up a hundred years ago and makes me feel like i can do this sort of thing. Then i began “Stardust,” which i learned out the Hoagy Carmichael songbook years ago, but now it requires relearning after layoffs like this long one. i got almost two-thirds of the way through, slowly, haltingly, but always expressively, when the number of my inabilities made my playing un-fun and i stopped. After all, Maureen is making shrimp with risotto, a new dish, so it is time to get on with it.

And then it’s on to night time. i bring in some firewood  and light the fire. Fire in the hearth has become a standard part of our routine from late November through February. It is one of my connections to the past. We never had one fire in our living room fireplace on Castle Heights Avenue. My parents were practical people and they converted from goal to gas with no thought of  connecting to their past with a fire in the fireplace. But my fire tonight is a beautiful fire. i think of my 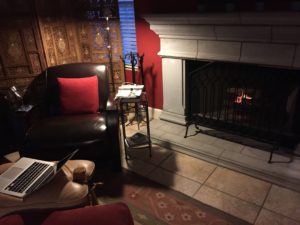 Uncle Pipey Orr, who in his living room fireplace in Red Bank outside of Chattanooga seemed to always have a fire. i think of Uncle Remus. For some reason, i always imagine him telling me his stories of Brer Rabbit, Brer Bear, Brer Fox, and all of the other wonderful creatures in those tales while we sit by a fire in a slave cabin made of logs. Tonight, i thought of Uncle Remus.

And Uncle Remus is a good place to start. He has become some kind of “Uncle Tom” symbol to some folks, who apparently didn’t understand he was the hero, making good when it was hard to make it, living like a piece of furniture, owned. Yet he was the one who did things right. The “white” folks in the that film, which had no real connection to Joel Chandler Harris, except for Uncle Remus and his stories, are really the bad guys, not understanding, bigoted, blind. And Uncle Remus survived.

That’s what i hope to do at seventy-three and beyond: be like Uncle Remus.

1 thought on “No Magic Number But That’s Okay”