i am not particularly fond of most mandated days or weeks or months. i don’t like someone or some organization telling me i should be giving something to someone, honoring a group of people by sending them a gift or even a card and then celebrating by going somewhere to have a good time (providing income for a bunch of folks selling stuff with the theme for the day of celebration.

i am surprised some group hasn’t protested honoring mothers is an insult to their way of thinking. i guess mothers are considered pretty necessary for this whole thing called living for just about every group, although several groups nowadays are likely to disparage fathers for being a part of it. 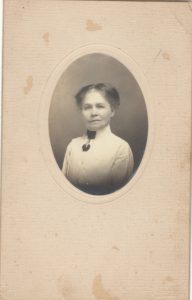 Mother’s Day. Here’s some of mine:

Katherine Ferrell Webster. One of the matriarchs of my family. The maternal, Prichard side. My great grandmother. 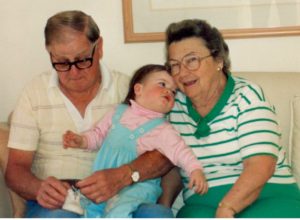 Estelle Prichard Jewell, my mother. She was multi-tasking, working full-time for most of her life while running the Jewell household and dealing with three children for seventy years, one of whom had to have been one terrible something to deal with. But she never flinched, never complained about all she had to do. Her love for her children, grandchildren, and great grandchildren was palpable. 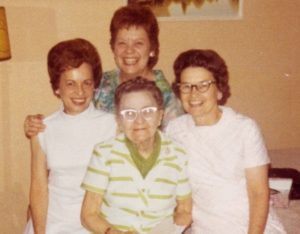 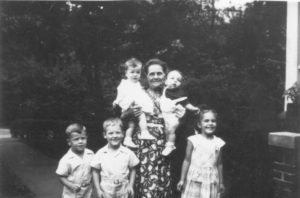 And there were these others. Granny, Katherine Prichard Jewell, my maternal grandmother who was always there for anyone who needed her. The grit in her craw (i’ll repost my poem about that) keeping her darting to and fro Lebanon, Chattanooga, and Florida for her children and her grandchildren, not to mention the Heights’ goobers under her watch as “barracks mom.” Aunt Bettye Kate Hall, who was my second mother along with every child of any of her or Uncle Snook’s kin. and Aunt Evelyn. Kindness, grit, and love pound in all of their veins. 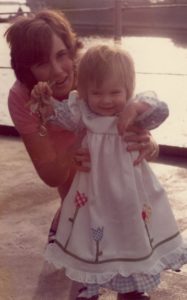 Then there was Kathie. She wanted to be a mother, and she has always been the best there could be for Blythe.  i grudgingly gave up being a live-in father for Blythe for numerous reasons no one, certainly not i,  could understand, but the clear overriding decision i made was because i knew in all my heart, Kathie would love her daughter without limitations, just as i had, and she needed her more than me. i also knew Blythe’s mother was the best mother for her daughter and mothers are critical to a child being brought up in the best way possible.

i was on spot. Kathie continues to be the best mother ever for Blythe.

Mama, Carrie Myrtle Orrand, Jewell, my paternal grandmother. She passed away in 1951. What i remember is sweetness coupled with Southern practicality of a mom. When i walked home from school in the first grade, Ronnie Collingsworth started a fight with me in our front yard. i apparently won rather handily — as i recall with a right jab to the jaw. Mama Jewell was watching through the living room window of my Aunt Naomi’s house across the street. She called Granny, my maternal grandmother who was keeping me and my brother and sister that day and told her i should not be punished because Ronnie started the fight. My father told me his snack after school was when he got home, Mama Jewell would have a sweet potato boiling in the kitchen’s wood-fired stove. He would pick the potato out and cover it with butter. That was his snack. 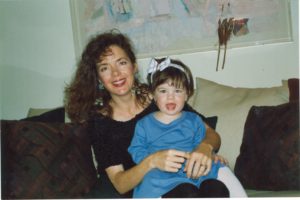 And of course, Maureen. Her love for Blythe, Sarah, Jason, and Sam never ceases to amaze me. Even when she had the intense high-pressure job (which she did so well), she never slighted any of them. Her ability to discuss and understand them is an amazing thing. She brings joy to me in many ways, but being a mother to my children and grandson is a blessing for me. 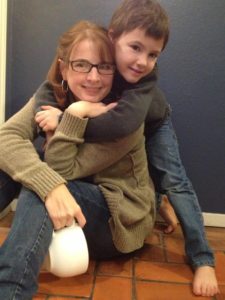 The last in this post holds my heart in her hands. It is with a satisfied joy i follow Blythe (and Jason) in the way they are raising my grandson Sam. She is really remarkable in her role.

Of course, there are others. Many others. Martha, my sister; Carla, my sister-in-law; Kate, my niece. I could go on and on.

Mothers are special, no critical. They should be honored. There should be a day set aside to honor them. And those included here were essential in my becoming who i am. i honor all of them for what they have done for my family.

Have a wonderful Mother’s Day tomorrow.