There was a side to my father and JB Leftwich not seen by a lot of people. Over the years and with the passing of many of their friends, these two became best buddies. They got involved together in a number of shenanigans.

It began with some joke postcards and letters the two of them exchanged when one of them went on a trip. i don’t know who started it, but i suspect it was Coach Leftwich. On a trip, JB or my father spotted a risqué post card and send it to the other back in Lebanon. Coach would respond with a funny letter with all sorts of false stories like how the police were looking for the guy who sent the postcard.

This letter was the result of my father sending Coach a postcard featuring a huge gorilla. Unfortunately, i do not have copy of that postcard and what fictitious story my father wrote on the backside. But here is Coach’s reply: 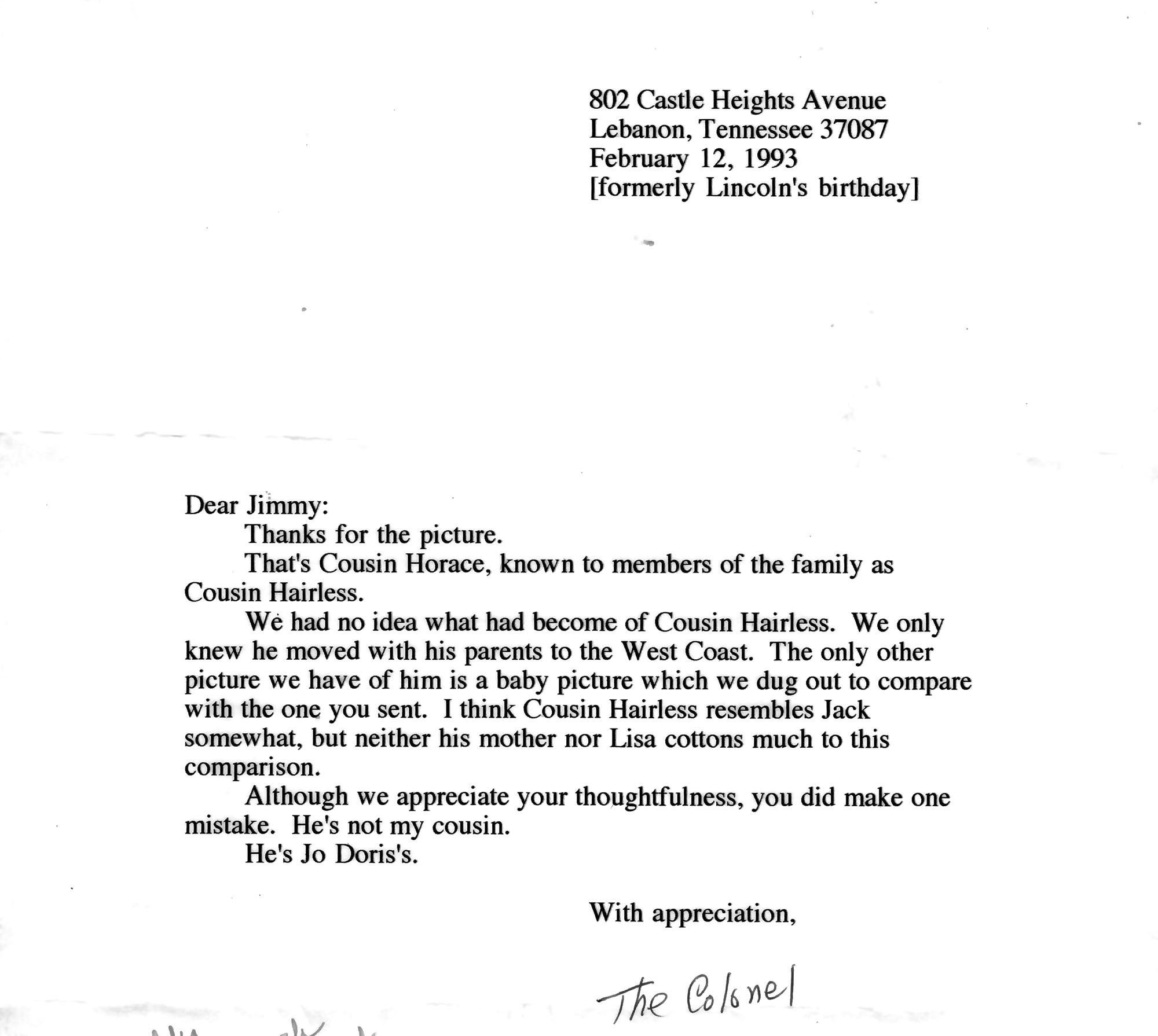