For those of you who might have missed it, i am proud of being called a mariner.

Captain Frank Boyle gave me that compliment just before i left USS Yosemite (AD 19) as his executive officer at the end of April 1985, telling me i wasn’t just a surface warfare officer, i was a mariner.

It was a bit bittersweet as it turned out because the Yosemite was my penultimate Navy assignment and my last at sea tour. i have often seriously said if they would let me drive steam ships, i would still be at sea.

i had read Samuel Taylor Coleridge’s “The Rime of the Ancient Mariner” in Major Tom Harris’ English class at Castle Heights. i was enthralled but really didn’t understand why.

It took a while for me to feel like i was a mariner. The sea clearly spoke to me in 1963 on the USS Lloyd Thomas (DD 764). i was not ready, i had my mind on partying, girls, and somewhere in there, sports writing, but i knew  the sea and i had a heart felt conversation. Then when i was at Middle Tennessee, Dr. Bill Holland gave me a depth of understanding of Coleridge’s mariner and that albatross. Holland also became a good friend.

i got close to being a mariner on my first ship, the USS Hawkins (DD 873) under CO, Captain Max Lasell and XO, Lieutenant Commander Louis Guimond. But i only rode ships on my next tour and got out with sports writing on my mind. Faced with the responsibility of supporting my daughter on the way and her stay at home mother, i reconsidered , remembered my love of the sea, and returned to ocean’s deep.

In my nine months on the USS Stephen B. Luce (DLG 7)  with Commander (later Admiral) Richard Butts at my side, including four months on a Mediterranean deployment, the sea and i had another meaningful conversation. i felt i had become a good conning officer, a good officer of the deck (OOD) and a pretty decent Naval officer, but i wasn’t yet ready to call myself a mariner.

The Luce tour earned me a spot in destroyer school en route to department head tours. As Engineering Officer, Chief Engineer, or CHENG on the USS Hollister (DD 788),  i passed the test for being a ship’s engineer. But engineering does not a mariner make.

It was the next tour, First Lieutenant of the  USS Anchorage (LSD 36) where i realized i had become a mariner. Commander Arthur St. Clair Wright, the commanding officer, and i had a symbiotic relationship and shared our love of the sea. If i could pick one job in the myriad of jobs i have had over 75 years, i would pick that job to do for my entire life. i was at home. i was a mariner.

The feelings were confirmed when i spent two years as the Weapons Officer of the USS Okinawa (LPH 3)  under Captain (later Admiral) Dave Rogers and Captain Roger Newman.

Captain Boyle’s complement was the perfect way to leave that life behind, even though it was bittersweet.

Then on this past Friday, the thoughts of the sea returned. Bob Schoultz, a retired Navy SEAL captain and the son of Vice Admiral Dutch Schoultz who passed away last year, went to his car before joining us at the nineteenth hole after our round of golf. He had a number of golf items he had saved from his father’s memorabilia to share with us.

Bob is a leader and continues to inspire and teach others in the ways of good leadership. His father is a legend in Navy aviation. i have the greatest respect for both of them.

Bob looked into the box he brought from the car as he asked, “Who is the oldest of you surface guys?” Having two years on my close friend and fellow retired SWOS commander Rod Stark, i ‘fessed up.

Bob handed me a cap. 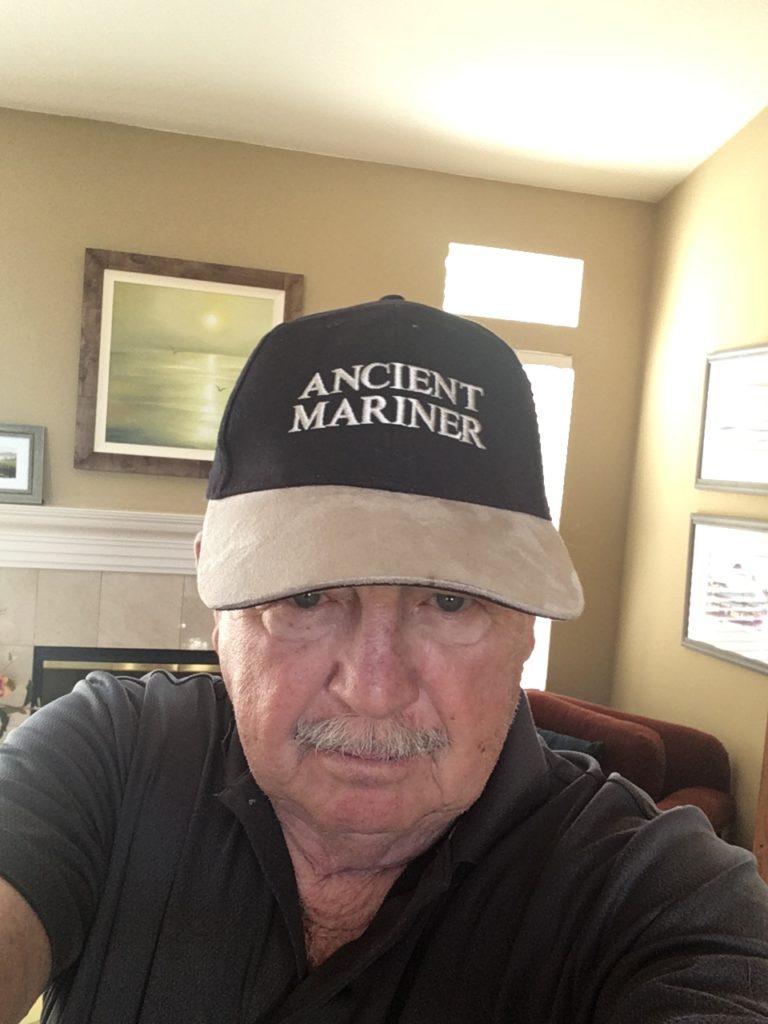