It seems the more i try to clean out and organize, the more clutter i create. The workshop in my garage is almost to the point i can’t walk through it. But then, there are some gems. Like i found this poem i wrote in October 1982. It was the time when Maureen’s and my relationship had grown into something serious. In four months, we would be engaged. In nine months, we would be married. And come to think of it, maybe it really wasn’t a fantasy.

a fantasy; it really didn’t happen that way

lie close, lie still;
do not touch; do not touch;
the full moon whispers
whiteness to the clouds:
it is cold; it is hot;
sweat beads on my brow
matting the thinning fringes of hair;
do not touch; do not touch;
the bed and us are detached,
hanging suspended from the mirrored windowed room;
dog walkers pass below the bay window
talking prattle;
cars ease away from and close to the curbs;
we steal the conversations, the dog yapping
at the cars curbing
from the still night air
strange the wind lies dormant
in this sailboat community, mercedes encrusted beachfront
where it should always have
wind for sailing with properly tanned people
drinking martinis cocked at the proper angle;
where’s the wind? where’s the wind?
do not decide to bring your breeze now;
lie still; lie still;
do not touch; do not touch:
for if we touch, the mood will shift to another rapture;
for now, let’s lie
silhouetted against the ghostly white sheet
below the whispering moon, white clouds,
above prattling walkers, yapping dogs, curbing cars;
lie close; lie still;
touching.

In the same shoe box, i found a wedding card from Ray Boggs. Maureen’s father was famous for his gift wrappings and his card. i can seem him poring over a bin of cards to find the right one…and he did. 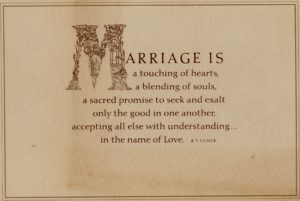 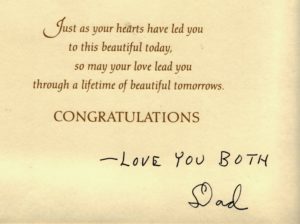 And in another box, i found this  telegram: 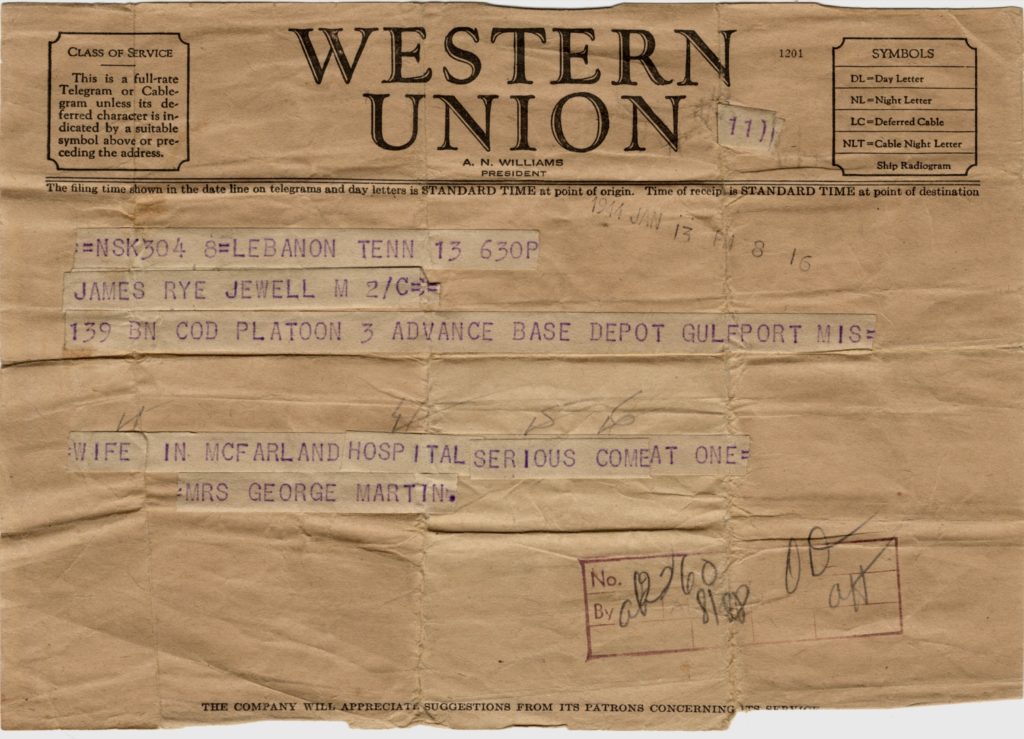 My Aunt Naomi sent this to my father (it was in the box my father gave to me of his keepsakes from the war). When he received it, his buddies gave him their liberty passes so he could cobble enough liberty passes together to catch a train to Lebanon, be there for my birth (more stories), and return to Gulfport before being declared “UA” (an unauthorized absence). i still marvel at that time of uncertainty and personal sacrifice and how they all did what was necessary to make it work.

i may not be getting closer to organized.

2 thoughts on “fantasy: it really didn’t happen that way”