Sean Dietrich wrote a post this morning on his blog “Sean of the South” (http://seandietrich.com/).  Sean writes a post every morning. Judy Lewis Gray, as mentioned before put me onto Sean’s posts. i thank her again. Sean sends me his post each morning in an email to which i subscribe. i don’t know how he comes up with the stuff he comes up with every morning. i read them. Nearly all of them tug at my heart strings. The resulting music is enjoyable, soothing for the soul. 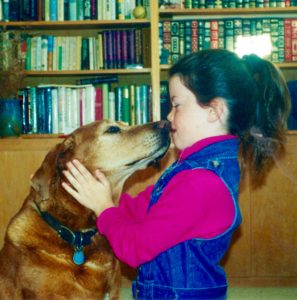 Sean’s post this morning was entitled “Dear Sean,” a letter from a fifteen-year old sad boy about his dog dying. Sean wrote of his own loss of a best friend. It made me recall my sad moment. When i went to find an old post with a poem about my friend Cass, a wonderful Labrador, golden in color, who was more part of me than just a friend, i discovered that old post had also vanished in the great website provider disaster several years ago.

So for “fifteen and sad,” Sean, and everyone else who has had to put their dog down, here again are my thoughts on Cass leaving me:

my feet feel cool now.
for most of his life, he would lie under my desk,
while i read, contemplated or typed with
his head resting on my feet.
the silence is awkward:
even in his sleep, he would grunt, wheeze,
kick the walls, chasing something in his dreams,
my dreams.
run sweet dog again;
pant with delicious tiredness after chasing the blues away;
scan the field with those keen sparkling eyes that
always read joy to me;
catch the next wave to bound into the bubbling surf
shake the misery with the salt wetness
from your coat of gold;
lick the face of someone
to give them unmitigated joy.