For all Cub fans: congratulations.  Your team has bought a World Series. i understand the glee, and i have said often, i was a Cubs fan. But they have beaten the curse of the goat. The world of Cubdom is giddy. Now, you should be like Dustin Hoffman’s character at the closing scene of “The Graduate.” What’s next? The article at the end should give you an idea.

Think about it. You have paid to see your team become another financial giant, a winner in a very unimportant part of our world, which thrives on buying  people from other people to be the best at their sport. Doesn’t that seem a little off kilter, a little wrong?

i have been a sports fan all of my life, so much of one i actually earned my living writing about sports for several years. i love to watch the best play football, baseball, and  basketball. i even had Padre season tickets for more than a decade. i gave them up when i faced the fact i was paying about $2,600 a season for two tickets to forty games; actually attending about half of those; and not counting parking ($10-20 per game) and beer, hot dogs, and peanuts (approximately $40 per game). Still i watch the televised Padre games almost every night during the season. And i never bought any gear with somebody’s name on it. Once, i did buy a sweatshirt for my daughter when it was unexpectedly cold at a Padre night game. It cost me $80.

Like my friend Pete Toennies has done, i’m close to giving it up. It seems the priorities are all screwed up. My Lebanon friend and fellow sports nut, Mike Dixon played softball into his seventies. He loved to play the game. i did too. i played baseball until i was 46. It was fun. That’s why.

Now it seems most everyone doesn’t play but watches, everyone except those who train from tee ball on (no sandlot games like there used to be: too dangerous), and then either quit in their early 20’s, suffer the difficulties of semi-pro and minor leagues, or make it to the “bigs,” which by the way means “big money.” The minimum season salary for a major league player is $520,000 and the average salary is roughly $4 Million.

And those owners, teams, and players are making a killing on our money.

i think we can do many better things with our money and time than watch pro sports.

i just don’t know if i can actually stop.

The below is a clipping from today’s San Diego Union-Tribune. i have included the link, http://enewspaper.sandiegouniontribune.com/desktop/sdut/default.aspx?pubid=ee84df93-f3c1-463c-a82f-1ab095a198ca, but am not sure you can see it without a subscription. 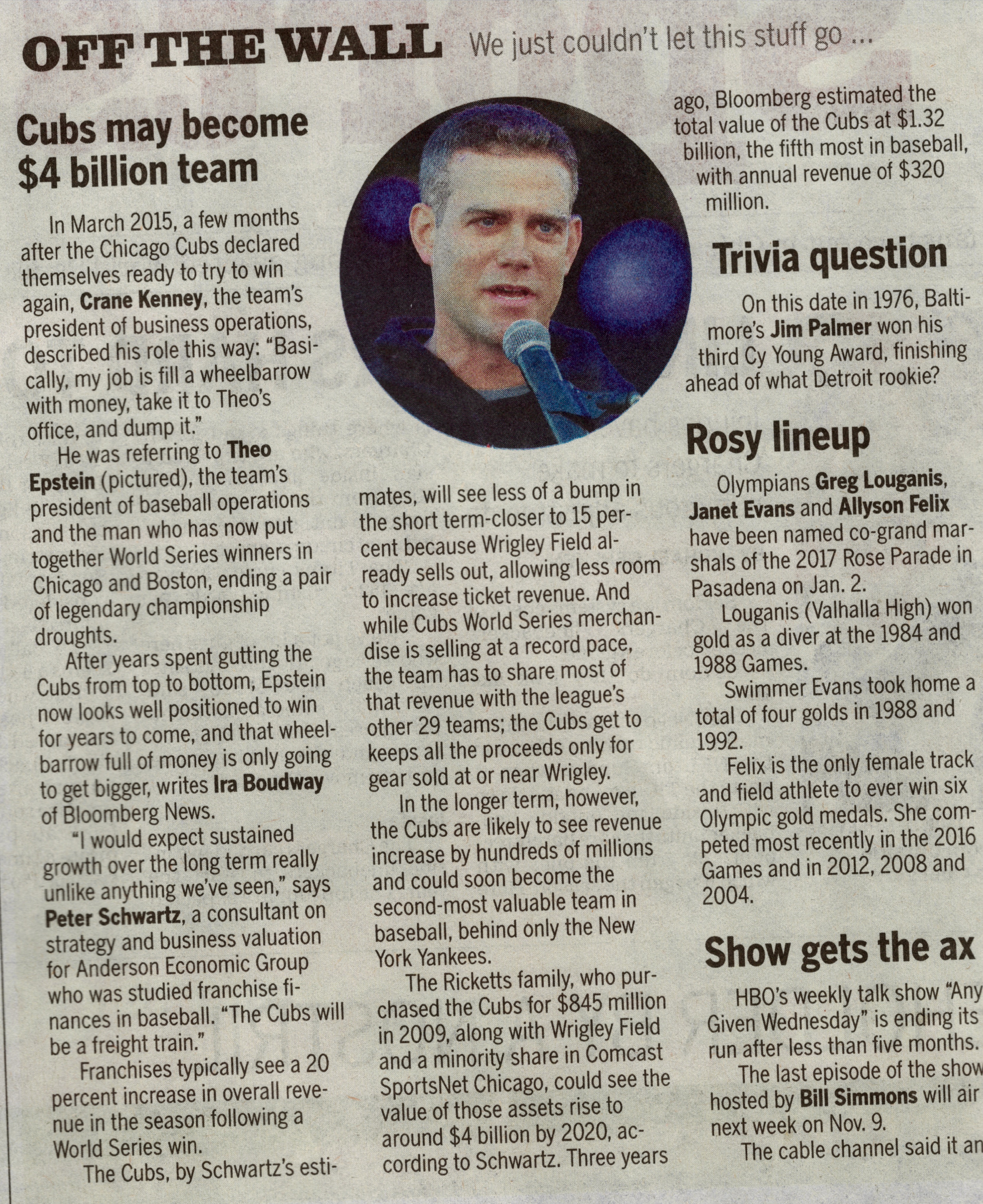 4 thoughts on “A Sad State of Affairs: Duped Again”