i often write about how the weather in the Southwest corner is impacted by the marine layer. Sometimes i praise it. More often than not, i complain about it causing “May Gray” and “June Gloom.”

Sometime in early July, it goes away.

If the truth be told, in spite of San Diego having the best weather in the world year round unless you like below freezing temperatures, snow for four months out of the year, or hot and humid days, one of its real attractions for me is the marine layer giving the Southwest corner an aura of the place being a real seaport town, not a paradise. When the marine layer rolls in at night, i can smell, feel the sea where i spent a significant part of my life; i remember other sea towns in far off places; and for brief moments, i am a mariner again.

But for most of my readers, the marine layer is an unknown. It’s hard to describe, hard to understand.

Friday during our weekly early morning round of golf, the sun came through around 10:00 a.m., or four bells to an old sailor. We had just finished the fourteenth hole when i looked up and saw the perfect example of the marine layer. It had receded from land and west off of Point Loma and was hovering waiting for the perfect July weather in the mid-70’s to give way to the evening cool and swoop back in to give us a gray evening.

Perhaps this might give you a better idea of my marine layer: 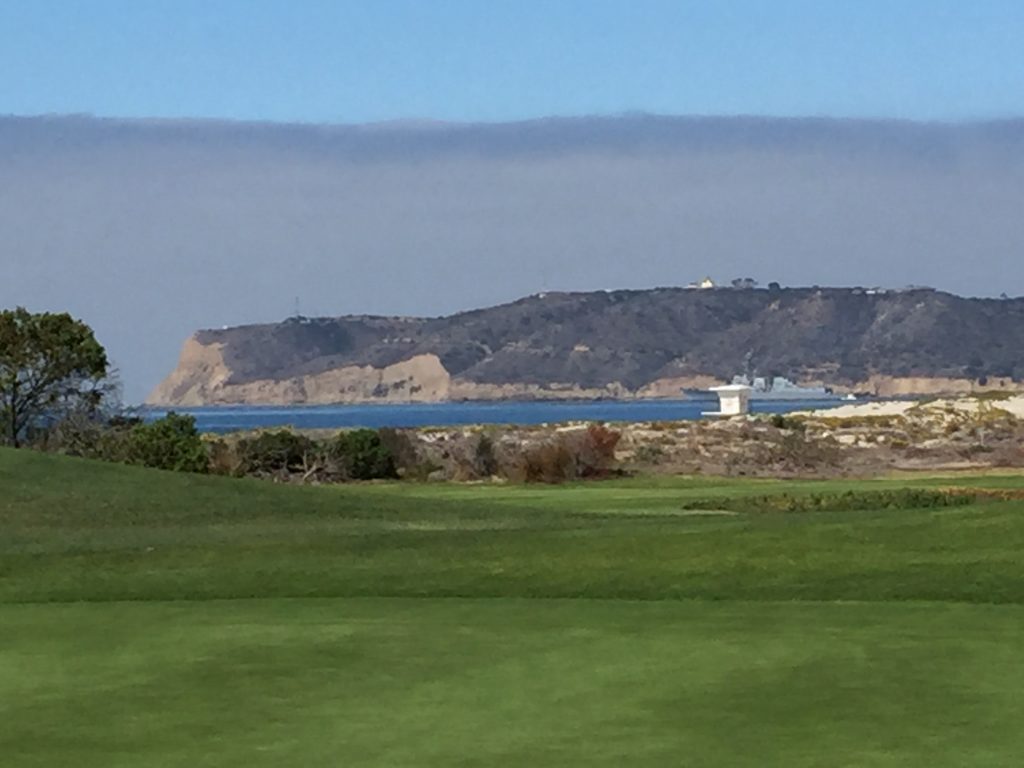