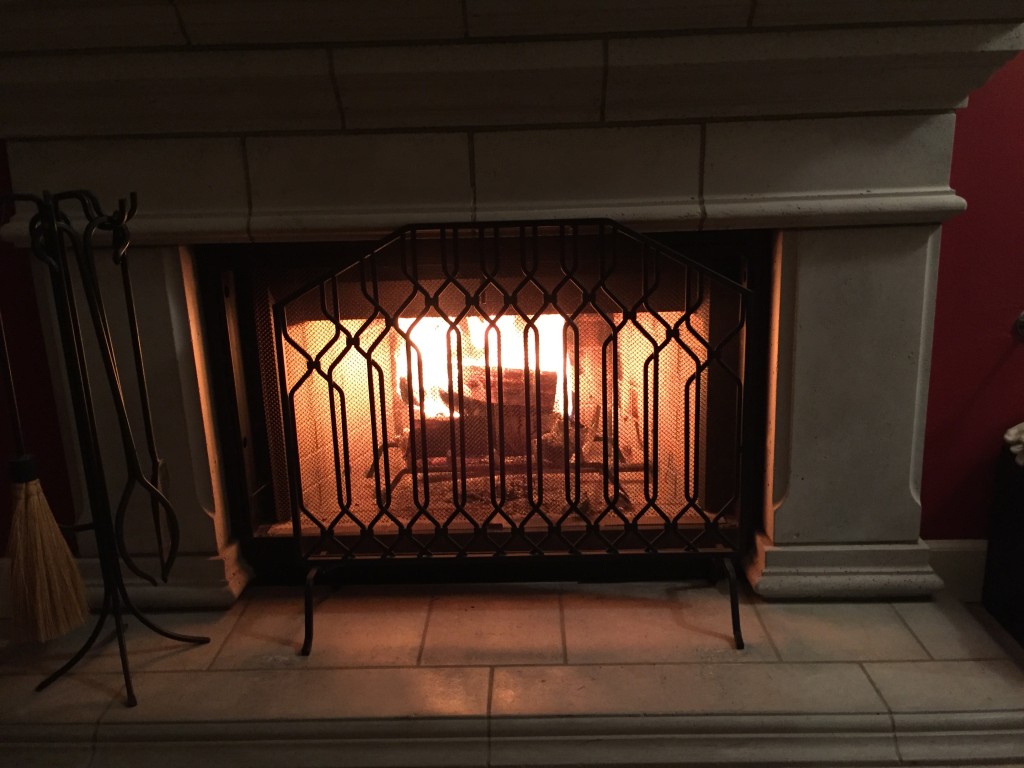 Tonight, we lit our first fire in the fireplace for this season. Folks in most of places in this country, will chuckle when they learn it has just passed sixty degrees on the way to tonights’ nadir of fifty.

But we have not turned on the heat. Our home is comfortably cool enough to have our first fire. We will have other fires but like our son-in-law Jason, the first fire is special.

Thanksgiving is one day past, but for lunch after golf, Maureen made us a wonderful turkey sandwich from the leftovers from the small turkey i smoked yesterday.

Golf itself was a pleasant affair. i had an unusually good round. Light and erratic rain fell on the first two holes, but the Southwest corner sun claimed the rest of the round with the wind holding temperatures to the mid-60’s.

My golfing buddies of near thirty years brought their sons and grandsons to make three foursomes. In our usual nineteenth hole braggadocio, the ole boys regaled the youngsters with tales that startled them (and would have shocked their mothers had they known) with our more famous misadventures.

i came home to the turkey sandwich and a nap. Afterwards, i turned toward perfunctory tasks. As i began, i started that first fire at Maureen’s request. This is unusual as it is usually me who chomps at the bit to start the first fire. i put on the Christmas music we had for background for our Thanksgiving meal. The music concluded with Bach’s “Brandenburg Concertos.” To me, they are so representative of the season.

About a bazillion years ago, Jim Herr, the owner of Parron-Hall Office Interiors invited Maureen, an account executive for the firm and her husband (me) to join him and his wife for a concert in mid-December. The venue was the University of San Diego chapel, a glorious building on a breath-taking impressive campus. The orchestra played the Brandenburg concertos. It was a particularly beautiful moment this ole deejay will never forget.

Tonight, as the orchestra on my  CD player played on, we supped on small steaks and a salad for dinner with a good pinot noir. After i washed the dishes, we watched the news and returned to music while we read with the fire blazing.

Eventually, Maureen left for her bath and reading in bed. i sat by the fading fire and thought:

The season is a most wonderful time of the year.

Quiet and simple times are so much more enjoyable than i perceived them to be in my youth.

A fire in the fireplace restores peace in my heart.