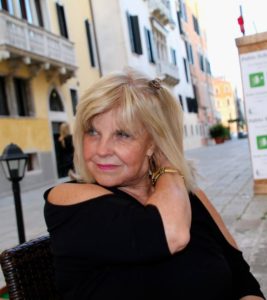 There is this dear, caring, and very lovely lady who lives in Tallahassee. When i grew up, she was known as Judy Lewis. Today, she is Judy Gray. We have become close friends again, even more so than when we spent our youth in Lebanon, Tennessee. No, not “spent:” lived the hell out of our life in Lebanon. For reconnecting with her and others, i will remain on Facebook until they close it down because all of the younger folks are off chasing newer, even less literate things.

Well, this morning Judy posted a wonderful piece on Facebook. As it did with several of her other friends, it brought tears to my eyes. For those who are not connected to Judy on Facebook, i include her post here:

I wrote this to honor the fathers I know and respect who have taught me what it’s like to have a dad. It’s called Silent Witness. As they open this letter and wonder why I sent it to them on Father’s Day, let me explain.

I do not remember my father’s face or voice. I was one when he died in service to our country so I don’t have memories of him, I have questions. My lifelong habit has been to watch and learn, to examine and dissect clues of what life with a dad would have been like.

So I’m a voyeur, a hunter, a collector that captures and pins and frames tiny, precious moments in the lives of fathers and daughters.

I listen as you recount sweet stories of teaching her how to catch fireflies and frogs, to make sense of Geometry, to understand ballgames, books and boys. How to drive the car that will ultimately allow her to fly from your nest. How to protect yet give her heart.

I watch as you lift her high to see the fireworks, as you reach for her hand in the surf, how you hug her hello and goodbye at the airport. The tattoo of tenderness on your face as you look at her when she’s not looking. Your baby girl, whether she’s four or forty.

I notice how you cherish and celebrate your unique role as a dad. When I experience the bond between you, I am filled with awe and sweetness. It’s a beautiful vicarious thrill. Rather than dwelling on regret, I feel blessed to have been witness.

I say a prayer of thankfulness that there are men like you who know it’s important to make a little girl feel special and safe, to have set expectations of being treated with care and respect, to have given the experience of being greatly loved so she knows how to love and nurture others.

With affection and appreciation, Judy Gray

Judy is an incredible, loving human being. She is also very successful in her career which centered on helping people be better in their work (if i have that right, Judy). She deserved to have her father with her while she grew up. Her mother deserved to have her husband with her to raise Judy. On the other hand, not having her father may have Judy more of a success in her career and in her life. i doubt it. She deserved him.

i still ache every day because of circumstances beyond my control i was not an every day, live together father for my daughter Blythe. It hurts and it will always hurt. Judy’s father never even had that much of a chance because of a war. That makes Judy’s post even more poignant for me.

All of the things that Judy describes as a “voyeur” are things i still miss not being able to do with Blythe. i don’t blame anyone. i think her mother and i tried to do the best thing we could for our daughter when the dissolution became inevitable. But there is a vacancy in my heart the minute i realized i would not be a “full-time dad.” i was fortunate to most of those things Judy and Blythe missed with their fathers with Sarah.

i hope with all of my heart and soul that i have helped in some way to make both of my daughters to “feel special and safe.” i worry that i haven’t done as well as i desire. i hope my decisions now and in the future will allow them to live as securely, comfortably, and with peace with themselves. i would wish for happy as well, but happy is a relative thing.

As for my father, he gets an A-plus but with a caveat. He had this woman Estelle who gave him the freedom to be who he was. Estelle was as much a part of who Jimmy Jewell was as much as Jimmy Jewell was. She was his support, his alter ego, his reins, his love, and he was her complete supporter and the father standing behind the mother in the family. Period.

Judy, i don’t know if i can match up to being what you imagine your dad would have been. i’m sure he would have been much like my dad. i’m also sure he is incredibly proud of his daughter for being the good soul she is.

So here is my affection and appreciation for you and a salute to your father. He (and your mother) created one wonderful human being.