Willie Nod and the Geese 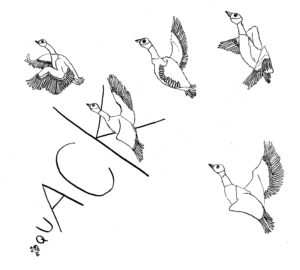 As the winds blew, Willie Nod looked up to the gray, close sky.
a small gaggle of geese, seven or so, he figured,
flew low in their formation of vee
heading into the wind, dead south beeline
as they were prone to do,
in November’s gray-slated skies,
much as Willie Nod was prone to travel.

Willie Nod spoke duck and rabbit
but had not much luck with camel,
so he thought he would try goose
and
quacked to the low flying vee
in a variation of duck. 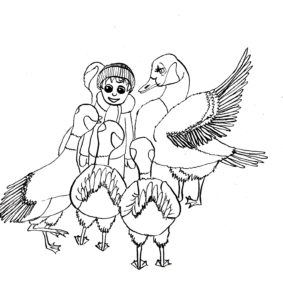 Surprisingly, the vee veered off its course;
the gaggle rolled over in unison,
banking back toward Willie Nod,
dispersing the vee,
flappingly landing around.
Once aground, they crowded around Willie Nod.

“Hi,” the closest and largest goose honked to Willie Nod in goose.
Willie Nod recognized the difference between duck and goose.
Soon they were all honking in goose about pretty much everything.
The geese told Willie Nod a lot.
They wondered why humans considered them to be noble.
“After all,” they honked,
“We mate for life,
“Tend to each other,
“Take turns at the point of the vee,
“Not because it’s extra right or noble.
“It’s just the way we are.” 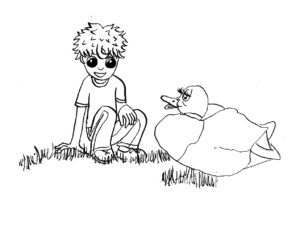 Willie Nod noted that it was still rather nice
and
the world would be much better off if
humans acted more like geese,
although he did admit
the noise might become unbearable if humans honked instead of talked. 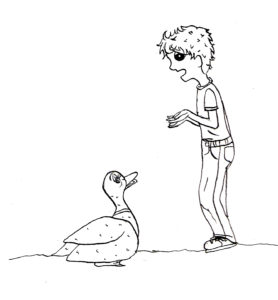 The eight geese nodded, bobbing their heads in agreement.

Finally, they noted it was time to be on their way again.

“South, i know,” Willie Nod observed.
“but where south?” he asked.

“Honduras,” the fattest goose replied.
“We use to winter in Florida,” he explained,
“but the old people fed us too much and we got too fat,
so we found this lovely lake up in the Honduran mountains
where people don’t come round very much.” 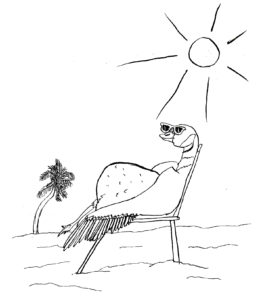 The geese rose flapping and honking,
quickly forming their vee in the gray sky,
heading south with an occasional good-bye
honk to Willie Nod.

Willie Nod watch the vee
get small in the southern sky and
mumbled to himself, 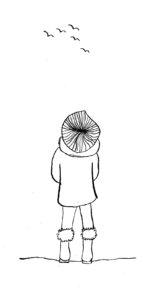 “Sad that geese don’t get to spend time
in deep snow,
or feel snug in layers of wool clothing.”

1 thought on “Willie Nod and the Geese”