i took a walk this morning (Tuesday). Yippee ki yay. It was the first time i’ve done any real physical activity in exactly three weeks. Hip hip hooray. The doc said i could walk if i didn’t overdo it. Glory hallelujah. It was glorious. Hoorah. And to top it off, i got this view about half-way through the one and half mile circuit: 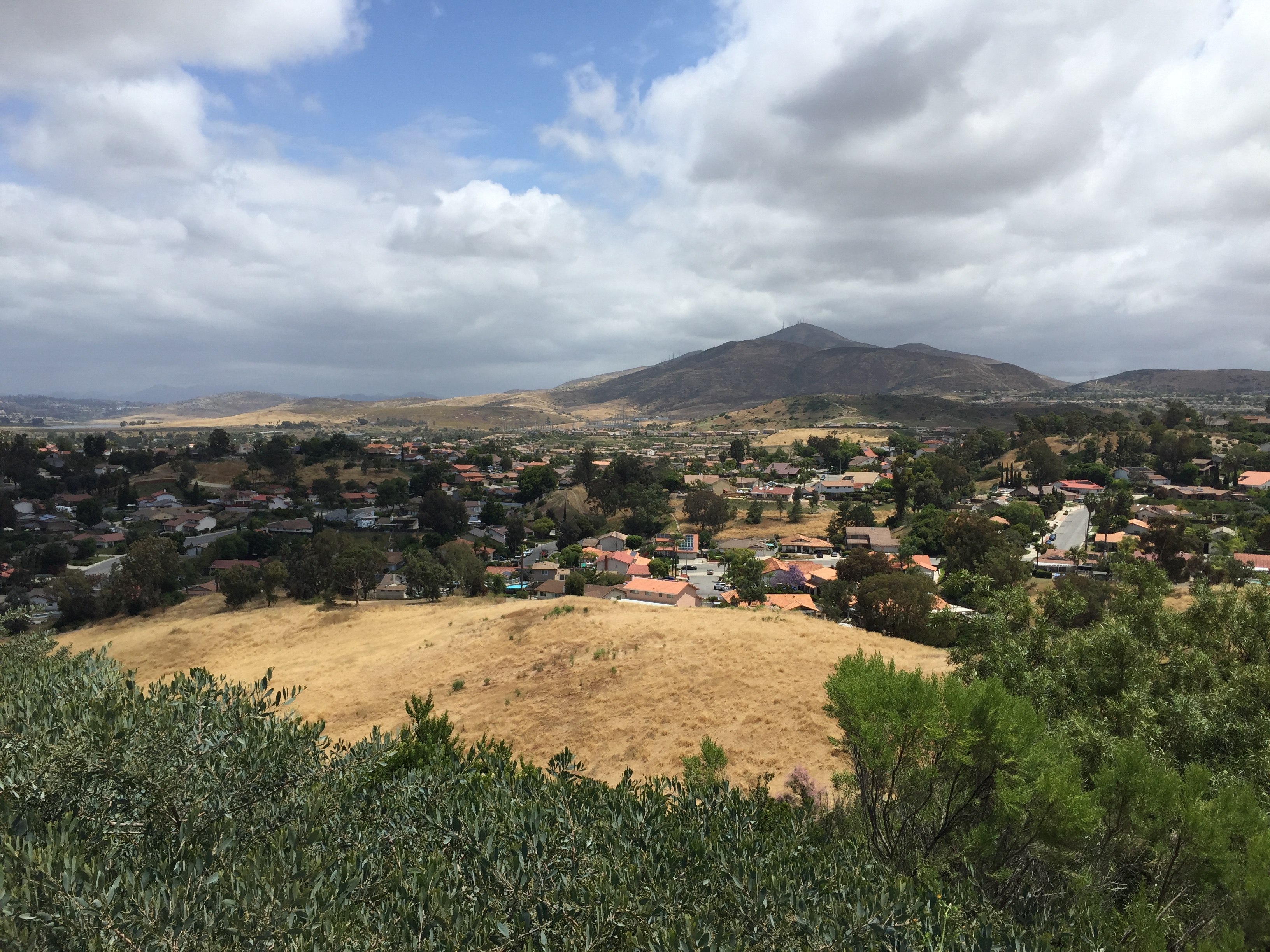 i appreciate everyone’s concern and well wishes, but to be honest, other than some breathing issues, coughing, lots of phlegm, laryngitis, fitful short sleep, and enough meds to choke a horse, it really wasn’t all that bad except, excuse my French, i’m really tired of this shit of not doing anything.

But compared to others i know and care about, this has been a piece of cake. i am not complaining, just a little whine with my lunch.

i think…no, i hope it’s nearly over. The wave has crested. I am fairly confident i can now claim i am on my way to recovering from the crud. The doc says i should be good to go by the end of next weekend, about four weeks. FOUR WEEKS.

Really, i was okay. i was just uncomfortable. It was a virus, coupled with sinusitis that morphed into “asthmatic bronchitis.” i knew i was going to pull out of it.

The worst thing was doing NOTHING. i never get a lot done because i keep hopping from one project to another and spend one hell of a lot of time procrastinating, but this was so not me, this just sitting around. When i asked if i could play golf, the doc damn near went epileptic on me. “Rest!” he said, “Rest is a major factor in getting you well. Stressing your breathing before you are recovered is the worst thing.”

So i have been sitting on my a…, ah well, you know. i didn’t have the energy or concentration to write or read, so i slept…sort of. i slept as much as i could, not much but a lot of time in bed trying . i watched more television than i have in the last ten years. And i generally don’t like watching television unless it’s a sports contest with some personal interest.

i am not complaining. There are so many people of my generation who are in much worse condition, dealing with terrible health issues, facing death with nobility, and quite a few already are sadly gone.

i really wasn’t worried…almost. It’s that time. I’m seventy-three. As Gayle Marks Byrnes said to me, “We are survivors.” That’s not bad. It could be worse. The Social Security Administration has a web page stating  “A man reaching age 65 today can expect to live, on average, until age 84.3.” When i ran their individual assessment, it predicted 13 more years and my lasting until i am 86.3. My parents lived to just shy of 97 and 99. i’ve got a good chance to keep on ticking for a while.

Still, i’ve had a long pause. The situation led me to think and reflect. You see, when the doc said “asthmatic bronchitis,” some bells rang. When he ordered x-rays to ensure it wasn’t pneumonia, i became more concerned. My mother suffered significant allergies leading to asthma and other physical problems for most of her latter life. My maternal grandfather died early from what everyone now believes was asthma. My father-in-law died from esophagus cancer, and my father, after a life of incredible health, was done in by pneumonia.

My concerns, at least for now, have been put out to pasture.

But who knows? It’s gonna be what’s it’s gonna be, and i don’t think i have a lot of say about it. i’m fine with that.

i am a very lucky man. i have had  an interesting life. But i don’t think it’s all that different from most people’s lives. And i rest now knowing i always tried to do what’s right. Yeh, i failed a couple of times but without the intention of doing anything that wasn’t right. Bad judgement. i have some people who don’t particularly think much of me. Their choice, not mine. It’s okay. i don’t blame them. i’m not in their shoes, don’t wish to waste my time thinking why. i don’t like them any less.

Whenever i do go, i can go satisfied about what i’ve done and what i’ve not done.

That’s one of the things i resolved while sitting around reflecting for three weeks.

i also wondered if other folks spend a lot of time thinking about things like this. i wondered if it was a good thing or not. i remembered Dave Carey telling me and others how the POW’s had a lot of time to talk to each other about things they thought and felt, much more than all of us who didn’t spend that time as prisoners in the Hanoi Hilton. When they did talk about sensitive, private things, they found out they had similar thoughts about many deep things.

i thought i would share this just in case there are some other old farts who have considered the end of all this like me. They might like to know there are others who spend time thinking on similar lines. Hmm, maybe there aren’t any who think about this stuff.

i know i have committed to writing. What kind of writing and how much is up in the air, to be determined. That’s the underlying purpose in my two-week writing retreat to Flagstaff next month.

This piece initially was about four times longer than it will be when i finish. This crud gave me a lot of time to reflect upon a lot of things. But i cut a lot out. i was…well, i was rambling. i won’t make any promises because i have committed to change before only to rationalize myself out of it shortly afterward.

The bottom line: all of my reflection has led me to a couple of conclusions. i hope to spend the rest of my life unafraid, continue to always try to do the right thing, write in a manner that is consistent with those two objectives, and not worry about what others think.

And have fun. At my age, life is too short to fool with all that other stuff.

3 thoughts on “Reflections in the Crud Days”