As i recently noted, we continue to reel from our home improvements. About time, you say? Yeh. Thirty-one years this September. When we really, really, really chucked any ideas about relocating or buying down, we started this stuff. Copper re-piping, done. Dry wall repair, done. Paint, done. 13,000 square feet slope reinvented, done. Bath and half-bath re-do? It started with planning today.

And i’m still moving back in my office and cleaning up my garage. Yeh, it’s my garage…for her car and all the stuff of mine she doesn’t want in the house. Love it.

But you know what? Good things can come from upheaval. For example: after clearing out my treasured large bookcase and my office closet and taking everything off the walls, i had to put them back up. It is taking me a while. i keep running into things that demand some reflective dreaming. Like yesterday, i ran across a box originally for a dozen golf balls. Inside were treasures like: 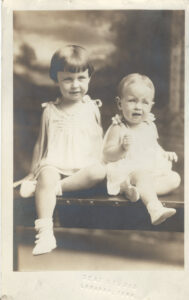 On the left, my cousins, Myrtle and Joann Jewell, c. 1932. Two beautiful women who also happened to be some of the nicest folks around. They and their younger sister Shirley made their parents, Aunt Alice and Uncle Jesse proud.

On the right, their and my uncle George Martin doing what made him happy. He was not only my father’s brother-in-law, they were cronies in everything, and his son Maxwell followed in his footsteps.

For now, i’ll end with this other treasure: 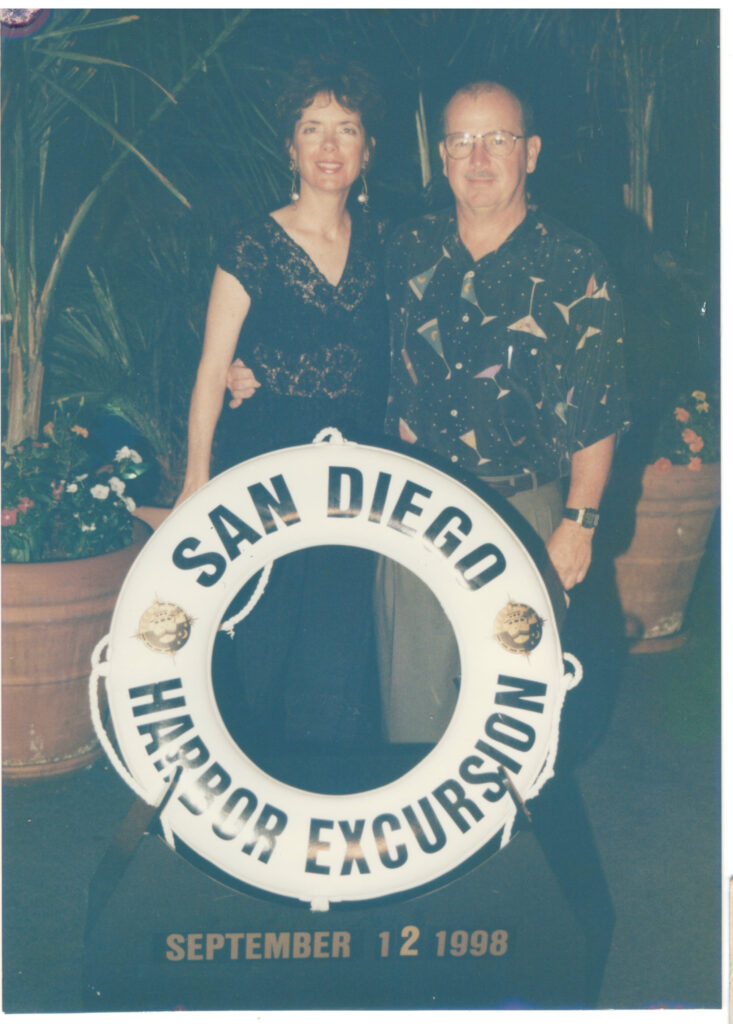 Maureen’s office, Parron-Hall Office Interiors had a party on a ship in the bay, San Diego Bay. It was a great time. i remember how we wowed them with our dancing to old time rock and roll. i moved pretty well back then, but she was marvelous.

And i’m still going through this stuff.

1 thought on “What You Get for Not Moving”