Of course, it’s not over.

The courtyard concrete (hardscape, to be politically correct) is painted. Twice. Three coats. The last two actually a color agreed upon. And of course, the touch up. Several times. Done. But not done. i know it.

It only cost about three times my original estimate and the time required was only about two days over the original projected time.

But then, there is some more touch up that will have to be done after Maureen looks at it in a couple of days. And now that we have a nice looking courtyard, i must clean the teak furniture. And now we will have to actually put some dirt, plant stuff in the cool  pots Maureen got (the ones i got at the Navy Exchange apparently were cheap looking, at least cheap enough to be relegated to the backyard but not enough to be dumped into my garage) and then add flowers, probably succulents. Then of course, i must clean the walls around the courtyard and there is some stucco that needs to be scraped and re-stuccoed and of course, repainted. And then, we must do something with those tiles. 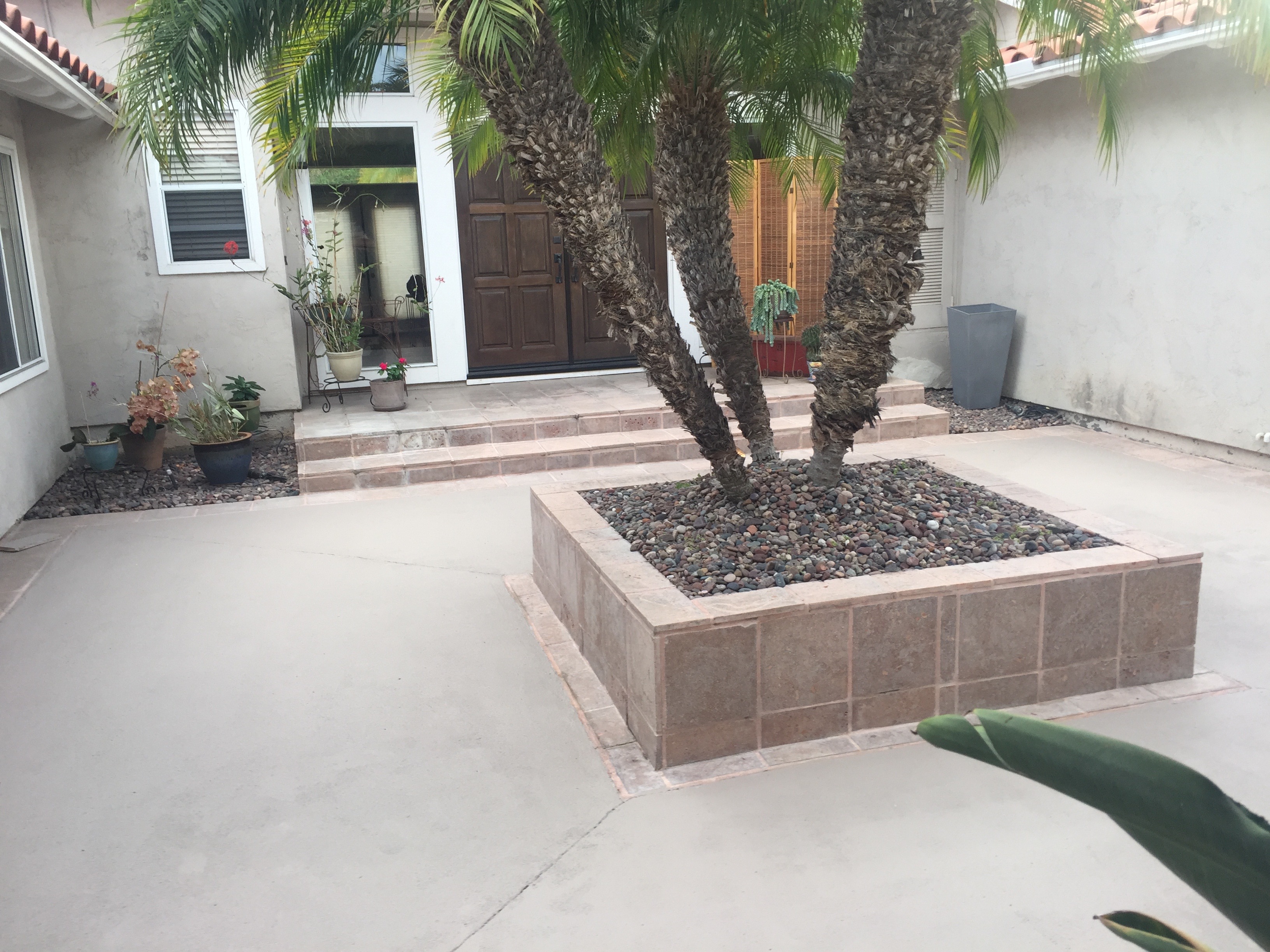 And the goofy guy…er, old goofy guy who did it…er, is still doing it. But it hurts a bit more than it used to. Time for a gin and tonic.

3 thoughts on “The Courtyard Tale, Epilogue”