Growing up, i enjoyed the Looney Tunes cartoons prior to the oater Saturday matinee at the Capitol and Princess Theaters in Lebanon.

i enjoyed the feature with the white hatted good guys triumphing by fighting fair against the black hat bad guys who cheated and shot people in the back. i enjoyed Lash Larue, Rocket Man, and Buck Jones escaping from yet another death peril in the short serials preceding the main event only to face another sure fatal ending until the next Saturday.

i thought the quarter for my ticket, the dime for my popcorn, and the nickel for my coke (did i reverse the prices?) were well worth those serials and Roy and Gene, Bob (Steele), and The Three Mesquiteers.

Then came that magical moment when, several years after 1954 when we acquired our own television, the prominent thirteen-inch console job that sat in the corner of the living room thus becoming the center focus of all things living room, they would occasionally run a Looney Tunes cartoon on the “small” screen.

The only adult who laughed as hard as my sister, brother, and myself was my father. He loved Daffy, Sylvester, Bugs, Porky, Foghorn Leghorn, Elmer Fudd, Pepé Le Pew,  and especially the Road Runner and Wiley Coyote and the Tasmanian Devil (“Why for you bury me in de cold, cold, ground?” remains one of my watchwords).

In my father’s later years, there were several gifts to him on Christmas centering around Looney Tunes. First there were the VHS tapes with collections of the various characters. In the latter stages of VHS gifts, i stumbled upon some car floor mats, which i thought was perfect for Daddy: The Tasmanian Devil going fishing. My father loved them and immediately put them in his Ford Escape. When he decided my mother had too much difficulty getting into the Escape, he sold it to Blythe, my older daughter and moved the mats to the Buick. When he passed away, i inherited the mats, now which proudly adorn my Mazda 3 hatchback and bring memories every time i get behind the wheel.

As with all things electronic, the VHS world ceded its place to the DVD world. So Daddy got his share of those as gifts. His grandson (earlier i wrote “nephew” but Tommy is my nephew and one of the best around)  Tommy Duff gave him a slew of westerns. i gave him a large portion of his Looney Tunes DVD library. When both of my parents left us, i drove a U-Haul across country with things for my daughters and us. The boxes of music cassettes and CD’s and the VHS and DVD videos were stored in garage attic. This late autumn as we began to consider Christmas gifts, it occurred to me there were some perfect hand-me-downs for the little ones. i considered giving them to my grandson Sam, but he is a pre-teen and not likely to be that amused. Two specific little ones were also on my mind.

So this Christmas on Signal Mountain, when Max and Culley Duff, the four-year old identical twin grand nephews opened their gifts, one was a Looney Tune DVD. i don’t think they really had a clue about this treasure. But their father did. You see, Tommy was as big of a Looney Tune fan as his grandfather and his uncle.

Several weeks ago, he shared a photo of the two boys enjoying their gift. Then Monday, he sent me these photos. It moved me. i laughed. i thought about my father. i thought about growing up in a world quite a bit simpler for youngsters. i thought about how lucky i was to grow up where i did and how i did. i was glad the young boys had a chance to share laughter with their father as the three generations of Jewell shared their laughter. 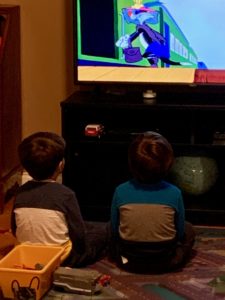 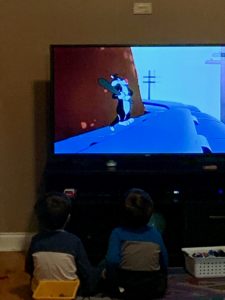 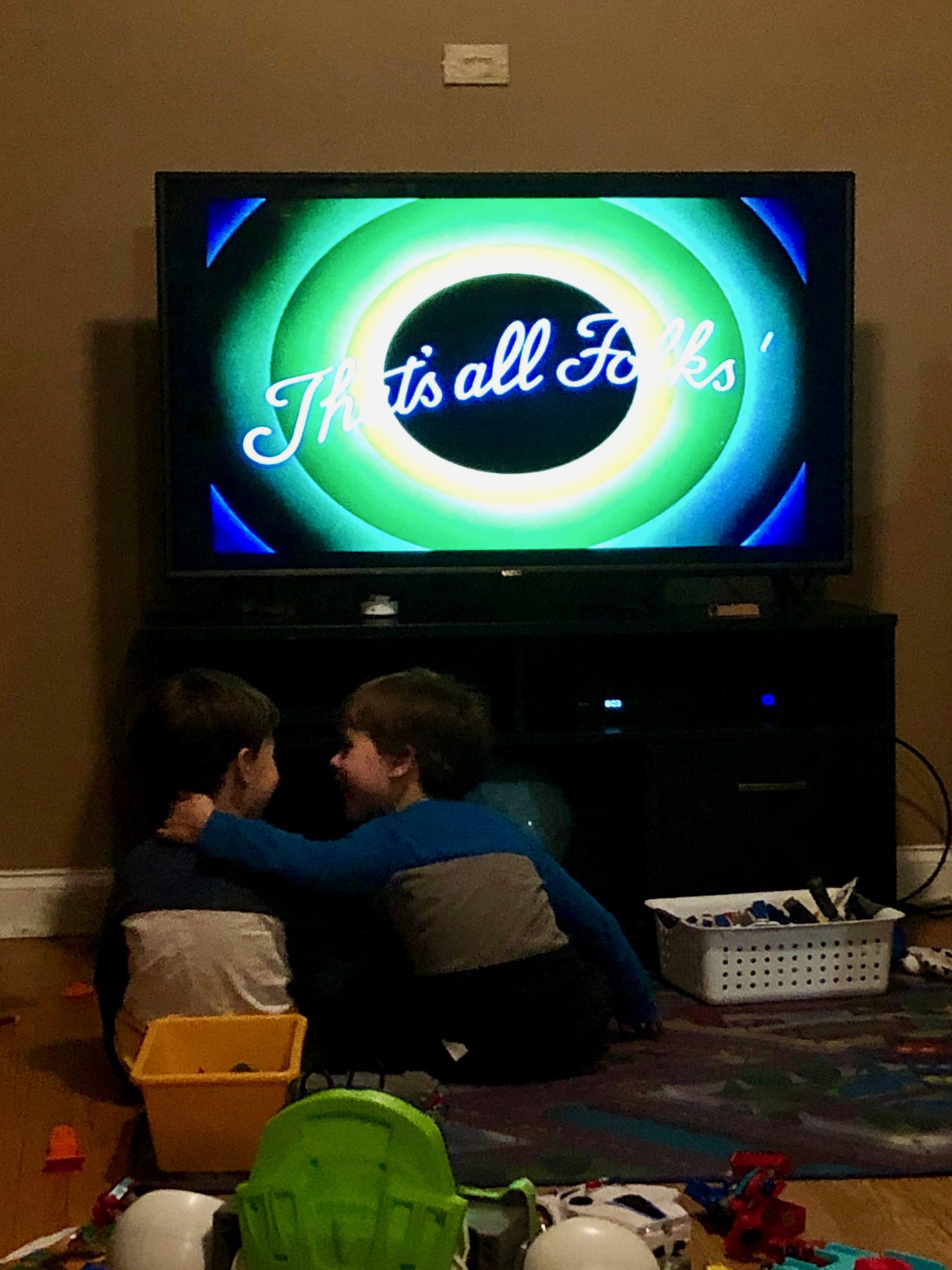 Why for you bury me in the cold, cold ground?

1 thought on “Return to Another Day”