As you might be able to tell from my posts, i’m on a roll.

It’s six in the morning. It’s dark. i’ve been up for about two hours. I’m on my third cup of coffee. The Sunday paper has not arrived and will be late because they print the damn thing in Los Angeles, which means the late scores of games won’t be available (deadlines, you see).

i’ve done most of my stretching exercises, but don’t want to do anymore.

i have a bunch of home tasks to do and have learned when the day is over, i may have actually completed one or two, but because of working on them, i will have added more than i completed: the list just keeps growing.

Some damn insects bit me on the leg Friday and the half-dozen bites itch like hell.

My left shoulder has soreness in it, and physical therapy starts soon. i’m hoping tomorrow’s x-ray proves it’s not a rotator cuff tear.

What happened to the Vols? and Michigan State? and Texas?

Why do almost all sports media ignore San Diego State’s Donnel J. Pumphrey who is the best running back i’ve seen since Gayle Sayers before the latter busted his knees? Pumphrey is now number six on the all-time rushing list and climbing, weighs 180 pounds and runs through giant defenders.

Why, with all of this negativity around  — and that doesn’t include the presidential race and the immoral tactics of both major parties: i’ve excused myself (mostly except for comments) from the disgusting election process — i’m sitting here feeling pretty good.

After all, i live in a good place. Will play golf at least three times this week in great weather, have a beautiful wife, inside and outside, who puts up with me, have two daughters who are talented and caring, a grandson with great promise, a sister and brother with wonderful families of their own.

At the urging of Maureen, i just walked out to the front yard and looked east;  and i see 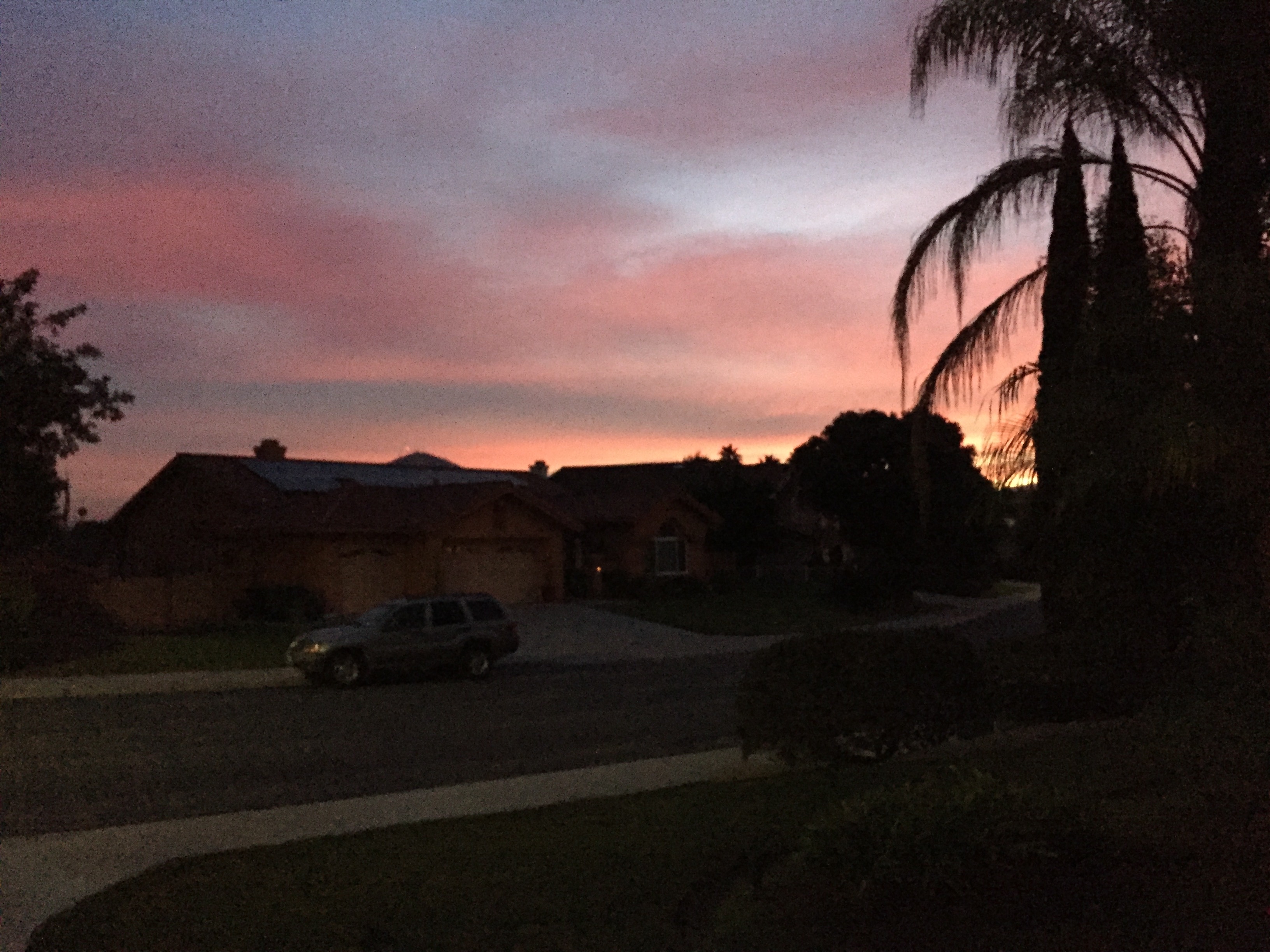 “Red sky in the morning, sailors take warning,” and considering all of those bothersome things above and this dire prediction, as Rhett Butler once said, “Frankly, my dear, i don’t give a damn.”