i received the package last week.

It was a stuffed 10-inch by 13-inch manila envelope inside a white plastic protective envelope. The return address was that of my cousin, pretty much the same as sister Nancy Orr Schwarze.

Nancy has been observing my posts of old photographs. Obviously, she also is going through lots of stuff and decided rather than throwing away some she had she would send them to me. As her note instructed, i will throw away the duplicates from my cache, copy the others and add them to the burgeoning notebooks for posterity.

The two shown here have some mystery for me. Others more inclined toward digging through family trees or with a better memory of mine may have some inkling of who was who linked to whom.

Between deciphering the faded writing on the back and having my sister Martha inform me of my grandfather’s history — Why, oh why don’t i know or remember the things she  and Joe know and remember? — i have solved some of the mystery about this photograph. 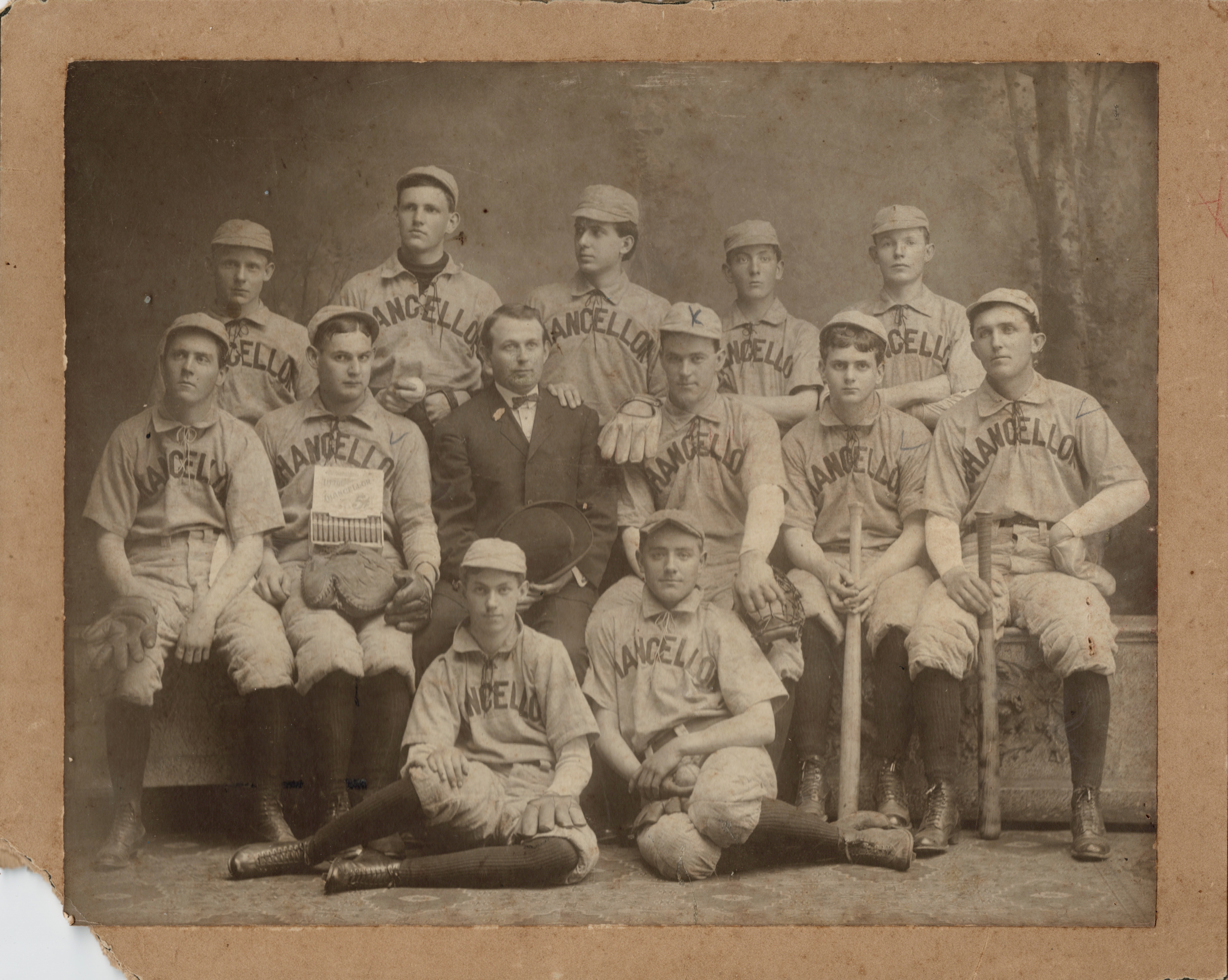 The guy with the “X” on his head is my grandfather, Joe Blythe Prichard. Turns out, according to Martha he played semipro baseball. From what i could make out, this team, Chanchellor, was in Little Rock. The pitcher was Carnesty; first base Demoss; second base Woodard; shortstop Eddins; outfielders Purdorn (?), Eddins (a brother to the shortstop i assume), and McClellan (?). i cannot make out the manager’s and assistant manager’s names. It’s signed “J.B. Prichard” and dated March 22, 00. And folks, that is not 2000; that’s 1900. (i should explain the spellings were difficult and likely contain some errors.) i’m guessing this is mostly a team of Little Rock players, but some could have been from Lebanon.

So my love of baseball goes back a long, long way.

The second photo may be a mystery for Lebanon folks to solve. 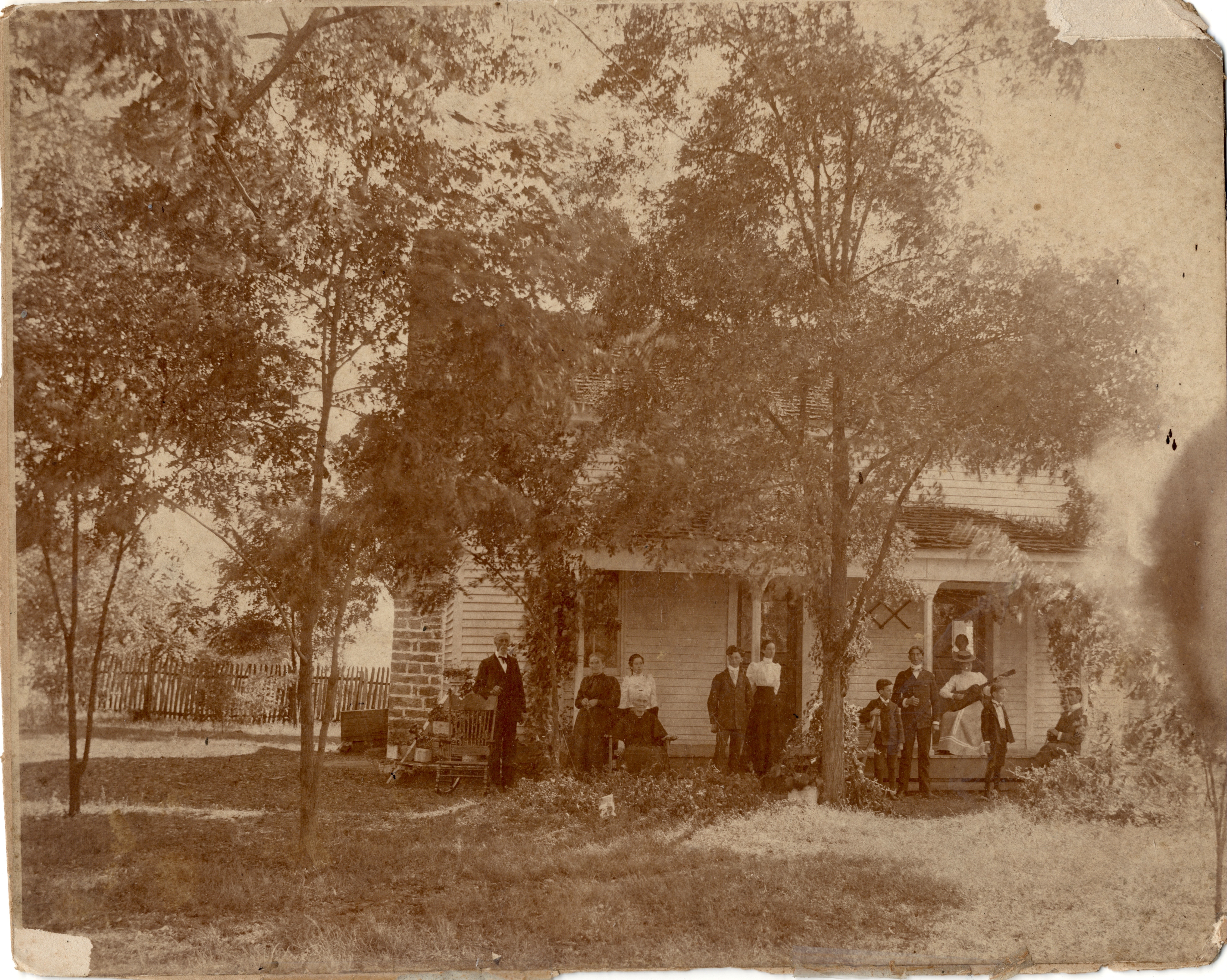 There are no descriptive notes on the back. Martha has photos of family members in similar dress in Lebanon. So i’m guessing this one is in the late 1800’s. i cannot identify any one in the photo. When i look at it, i think of Coles Ferry Pike, but that is just my unrealistic dreaming. i have enlarged the section with the people included.

Can any family member or someone from Lebanon help me solve this mystery.

Thanks, Nancy. This is fun.

1 thought on “Long Ago Mystery This Morning”