One of my all time favorite books is a children’s book, written by an off-the-wall cartoonist (among other things) named Shel Silverstein.

Maureen and i have endeavored to give this book to children or their parents as soon as possible after that child comes into the world. The book is The Giving Tree.

i believe it encompasses some of the most important lessons in life.

In the early 1990’s, i contemplated writing a children’s story about a jacaranda tree and the support it needed with a stake before becoming strong. It wasn’t really a good concept. My attempt to follow Shel Silverstein fell well short. The story lay fallow (lord, i hope that’s right: i seem to never get lay or lie correctly entered) and is in one of my “to work on” folders of which i have many. i am trying to winnow them down.

But as we moved through our landscaping improvements — and will keep continuing, because if you have land, earth around your home that is yours, not some landscape management outfit, this is a continuing, ongoing, mostly enjoyable, and never ending task — we had an interesting side effect. i have presented our two coral trees in previous posts.

One coral tree has grown naturally with no impediments and looks similar to all of the other Mexican coral trees i have encountered in the Southwest corner. 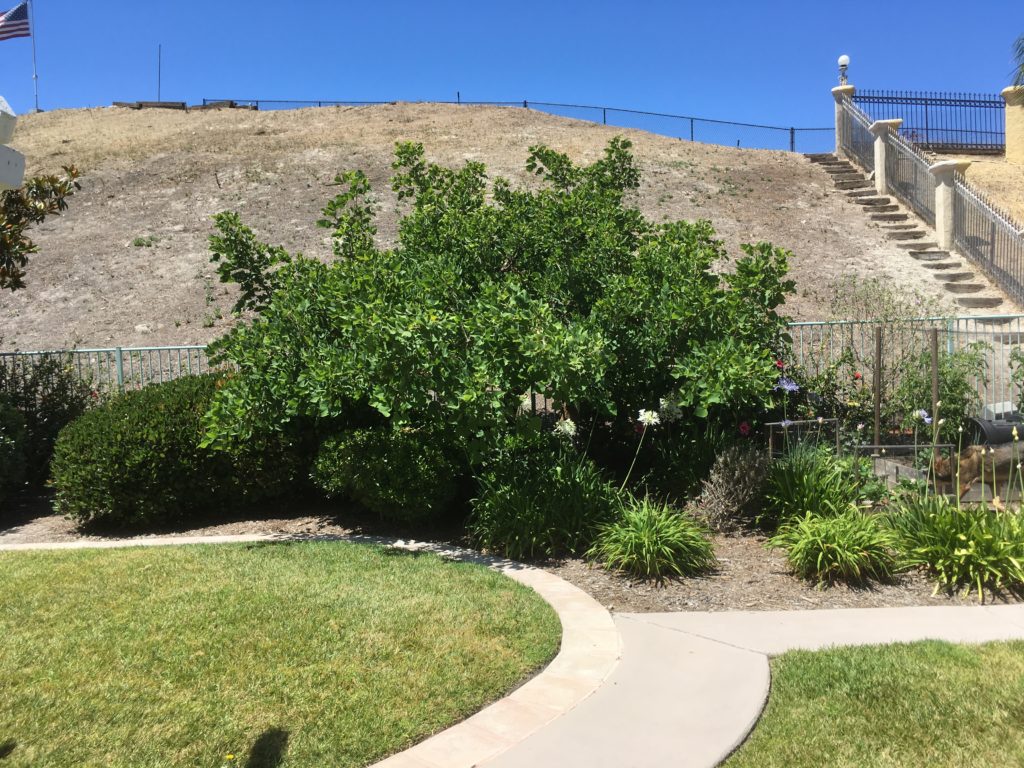 Earlier this spring, the coral blooms were magnificent even in the dark skies of a cloudy day:

On the other side of the backyard was a similar tree. But it was next to a carrotwood tree, which was beautiful but began to take over the backyard and became a problem. It also overshadowed the coral tree. 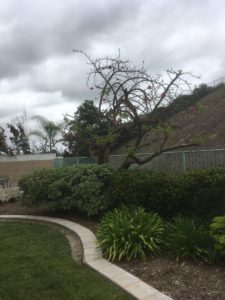 The tree looked scrawny even with the blooms. They are deciduous and lose all of their leaves before the beautiful coral buds dominate the branches. Maureen wanted a tree specialist (what does my little old brain not remember their official name) to cut it back. i refused. i was enchanted.

You see, this little old coral tree had been denied access to what it needed to thrive. It did not ask for assistance, but it strived to work out a way to make it on its own. Somewhere i have a photo of it with the coral blooms. Can’t find it.

But here it is now. A magnificent tree that didn’t deny the other tree its rights, that sought its life on its own, and grew to this:

My story is over. i was going to explain further, but i trust you will reach your own conclusions.