It was a cool 55 when i left Flagstaff just before six. Tom Suby came out to dump some trash from the house above my studio and we said goodbye again. While we were talking, i commented i smelled smoke and there was a smoky haze. He said it was the Kendrick fire, about 10,000 acres. When he realized i didn’t know about the fire, he was incredulous. “You really have been doing anything but writing, haven’t you?” he asked.

Yes, i had isolated myself that much. No television. No news except the exchanges with friends of the Fitzgerald collision, something we Navy surface types will be talking about for a long, long time. But that and some Facebook exchanges. After all, i was trying to get to somewhere.

Friday morning, i had found somewhere i wanted to be and i was taking it home.

It was old Jewell traveling again. My little Mazda 3 was packed pretty full, not jammed like i have traveled many other times, but full. i rolled onto old US 66 and shortly hit I-17, down, down, down the mountain. The vistas of pines in the rolling mountains was beautiful. And rolling down those curves, the highway folks had put up one of those temporary flashing signs that warned, “Look out for Elk.” i took that to mean meeting an elk on the two lanes down could be imminent. i had this thing in me that wanted to pull off at a safe spot and go look for elk. Of course,  i didn’t. Just kept rolling like i always do.

By the time i got to Phoenix, she was rising (okay, who makes that connection?). i called and told her i was coming home and i had found somewhere. By now the mountains and the hills and the pines were but hazy visions on the horizon. The landscape of Arizona is varied and always interesting. If only i could slow and study it some more. Of course, i didn’t. i just kept rolling. As always.

i cut west on state route 101, maybe there a long time but now a four-lane escape from Phoenix traffic, going south to I-10, then a quick jog to state route 85 to I-8 in Gila Bend, the land that i…, no i don’t love it, but i have had a number of adventures featuring Gila Bend, and i’ve always been amazed anyone would choose to live there and now even more amazed because it’s growing.

Now, i was in familiar territory: I-8, the ribbon of highway to San Diego. Been on this crazy route more times than i can count. 80 miles per hour, maybe more if i think the highway patrol isn’t hiding in the bushes somewhere west. Not much there to Yuma except exits to towns that don’t even have dots on the exit signs: Smurr, Theba, Piedra, Tarton, Stanwix, Aztec, Dateland, Mohawk, Tacna, Ligurta. Maybe a gas station and convenience store for the travelers, a couple of houses, most with no vegetation, a couple with tree breaks. That’s it. Not much to El Centro and ’bout the same until the road begins to climb just west of Ocotillo where i had to turn around once and spend an extra night (in El Centro where i dined at a Thai place run by Mexican-Americans, nice folk but their fried rice had a hint of salsa). Then up the mountains past Dos Cabezos until you feel like you just might be on the top of the world, that ribbon of highway launching across spans of nothingness looking down into valleys so deep you can’t see the bottom and looking up to the sky so close it feels like you could touch it. Then down, down, down where the names look familiar where there are now a grunch of casinos on the reservations until i hit the eastern edges of the city and the traffic looks familiar as i jockey for position to get the hell off this ribbon of highway gone lunatic and jiggety jog to home.

i’ve found somewhere, and i am home.

My little Mazda has done good. It will get a detail tomorrow. i was beat, worthless for the evening. Maureen puts up with me and we eat tapas down the hill, watch a bit of the ballgame recorded earlier and go to bed.

This morning, i arise and launch into old routines with the additional unpacking, organizing, washing. You know. Then before Maureen comes out of the bedroom, i assess where i’ve been. The trip home beat me down a bit more than before. But i am older. Someday in the future, i will have to stop such power drives to somewhere.

Somewhere? i found it. It isn’t exactly what i was expecting to find. The sequestered sojourn was not exactly the way i planned. But it did accomplish what i wished to accomplish. i know where i am. Somewhere. i’ll be a bit different now. i’m not sure exactly sure who that will be, but it will be different.

After all, when i walked out the kitchen door to fill Maureen’s garden water pail, i found this: 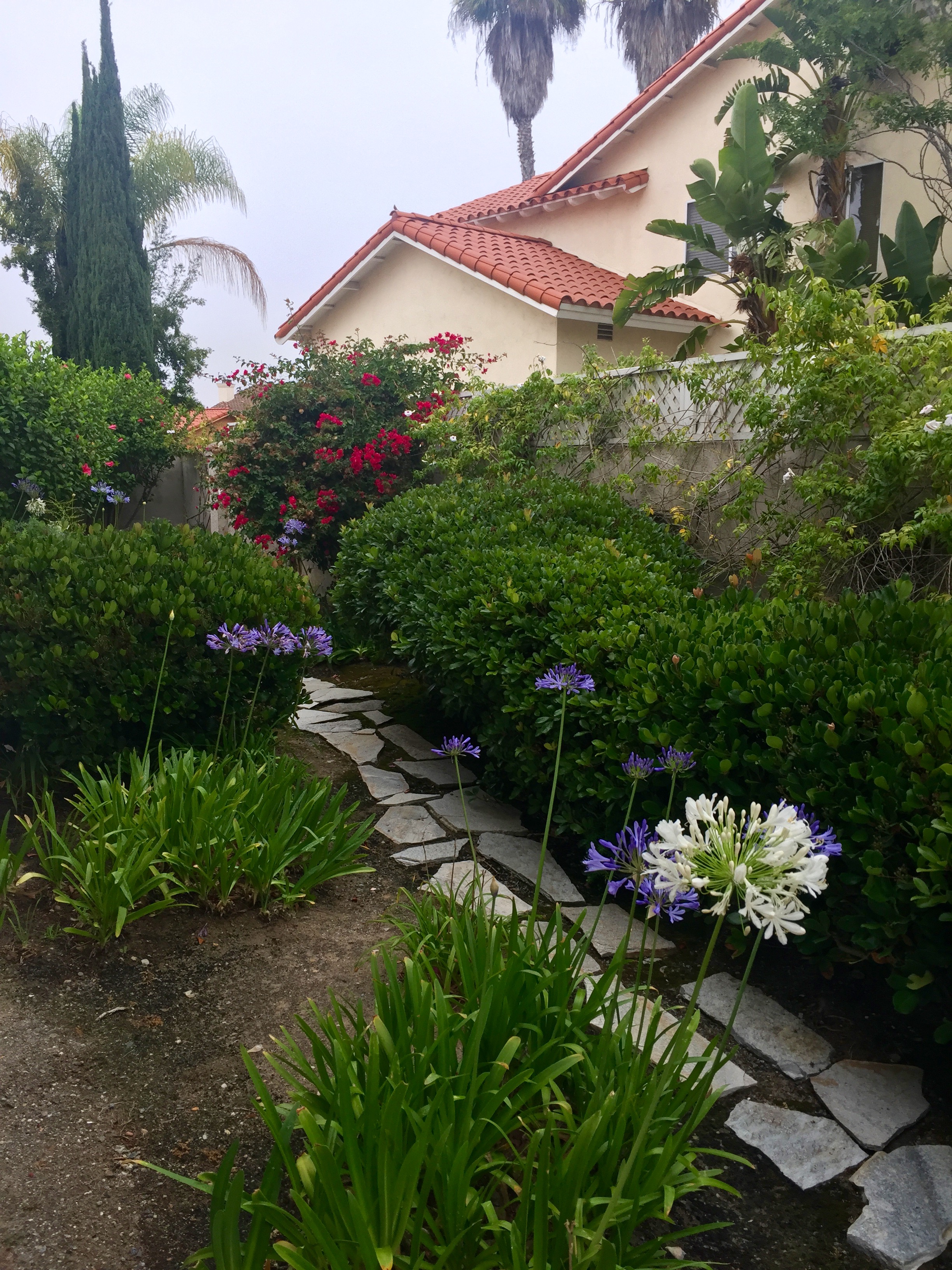