This post began last night, so read “yesterday” when you read “today.”

Maureen went to a movie today.

Therefore, i agreed to go to the beach with Sarah.

Now you can’t just go to any beach if you bring a dog with you. There are at least three, if not more, “dog beaches” in San Diego. The one in Del Mar just made it a requirement to have the dogs leashed all of the time. They haven’t had very many dogs or humans there since then. My favorite is Coronado Beach. It’s close, convenient, and familiar. i used to run it every workday from the Naval Amphibious School across to the beach to the back security fence for the Naval Air Station, North Island, a run just over six miles. But most of all because that is where i would take Cass to retrieve his toy over the breakers and body surf back in for me to throw again, ad infinitum, until i made him stop fearing he has worn himself out and knowing that would not stop him from continuing.

It is an amazing place, this Coronado dog beach. The view is wonderful, even if it is overcast as it was this afternoon. The people are a cross-section of everyone. There were at least 200 dogs, all but one or two unleashed and all enjoying each other and the people. i think i saw just about every breed except a mastiff. i thought i wouldn’t see an Old English Sheepdog, but one romped onto the scene with fur, lots of fur flying right at the end.

Several views of the action: 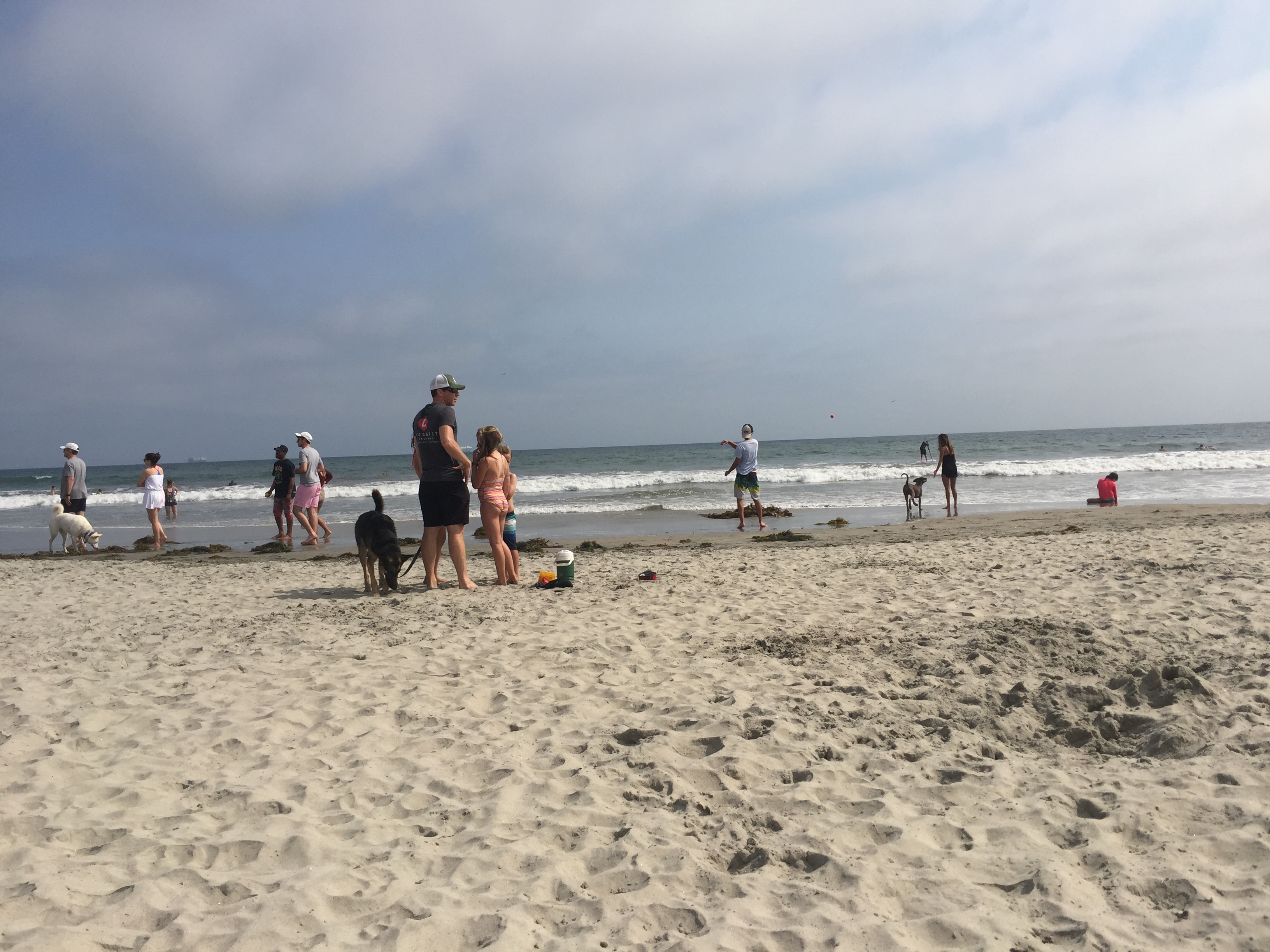 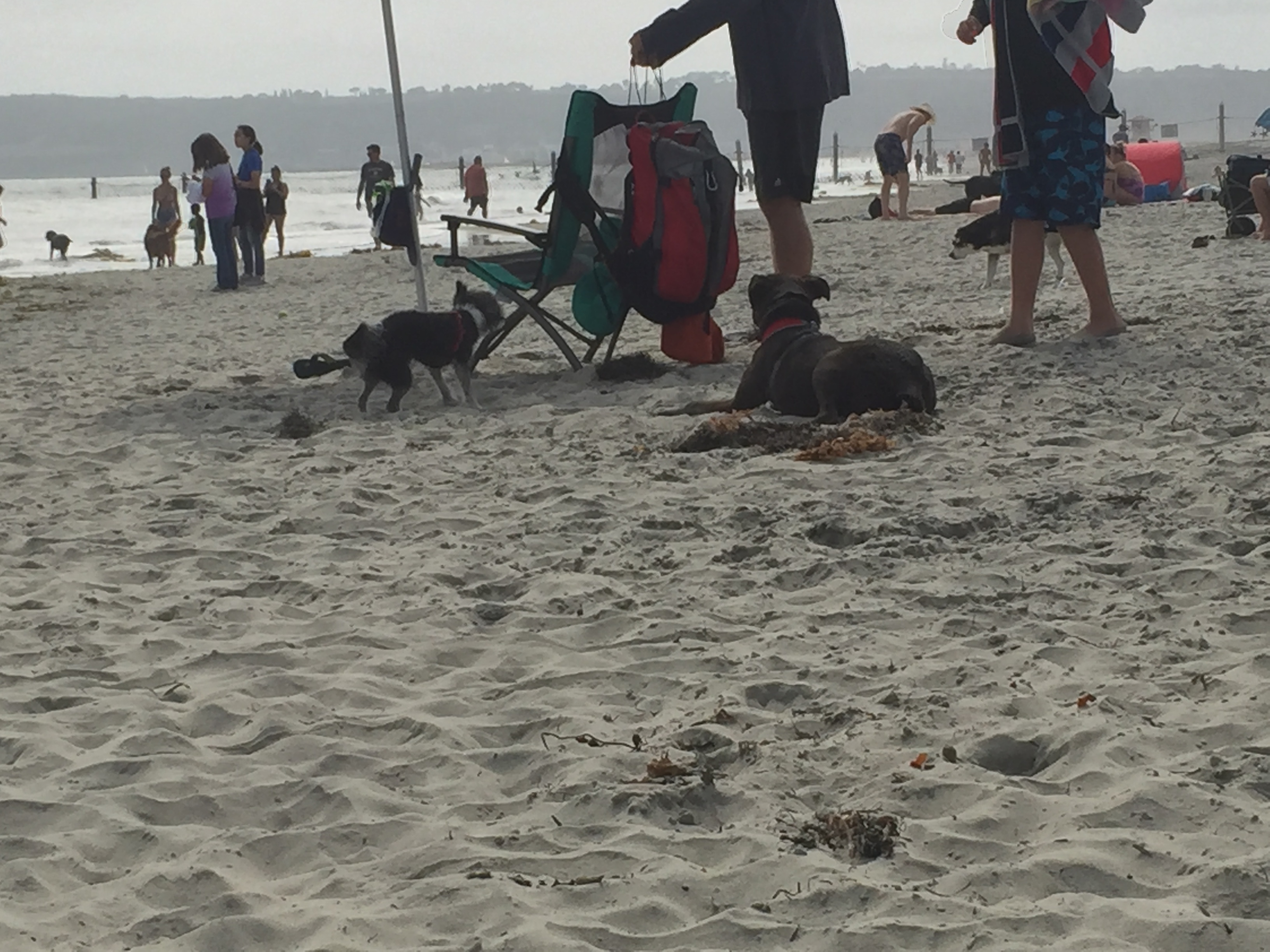 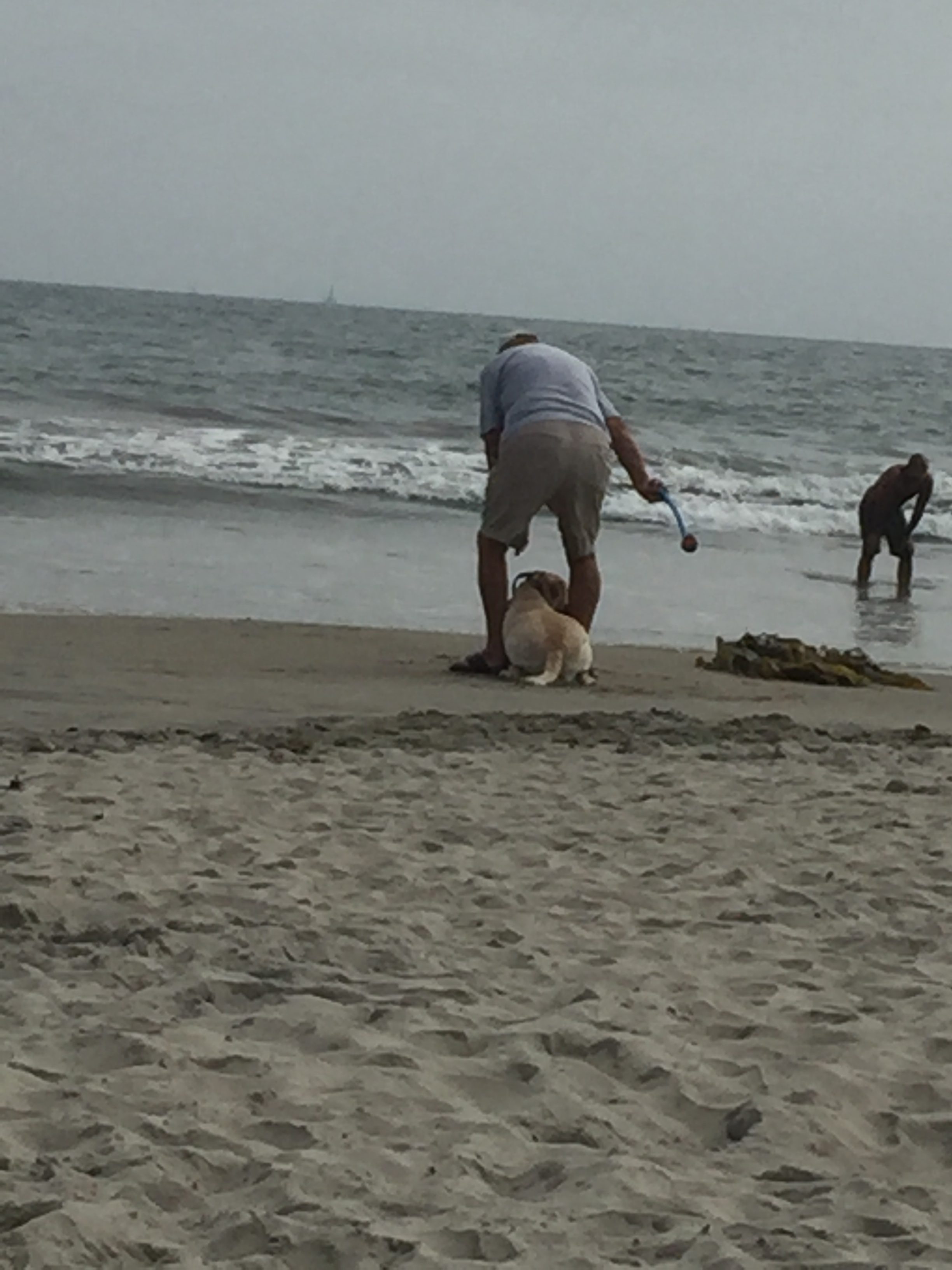 The last photo shows a labrador who aspired to emulate Cass. His master, the older gentleman,  had one of those throw-assist  wands for a tennis ball he would cast into the surf. The lab would bound in, swim to the ball, and bring it back. Then he would drop the toy at his master’s feet, circle around and lie down in between his master’s legs, waiting anxiously for another round. The difference? Cass would require me to wade waist deep and hurl his ball over the last wave crest. Cass would then crash into the wave, fetch the ball, and body surf back in. But never, ever would Cass be as obedient at this one. He would shove the ball into my hand and then jump up and down at me until i threw it again.

Still it was a lovely day at dog beach with my daughter. Some guy even complimented me on my “Trevor Time” Padre long-sleeve tee shirt.

1 thought on “Beach Day, a Special One”