There are likely to be a number of posts like this one coming from me. Some, like this one, i may have posted before, but those earlier posts have either been forgotten or i liked the subject so much, i posted it again because i’m just too damn lazy to look up the old one and repost.

Summer, 1975. The USS Hollister (DD 783) was one of the destroyers in Destroyer Squadron 9, home-ported out of Long Beach. i was her chief engineer. The sea stories gathered in my time aboard, just shy of two years, are almost limitless. But this little radio  “wire note” exchange and what generated it remains one of my favorites.

The reserve squadron deployed in the summer of 1974 to Hawaii and back to its homeport. En route, the U.S. destroyers conducted exercises with the British Navy, notably the HMS Jupiter, a British Navy Leander class frigate.

Upon arrival, i took leave, and my wife Kathie and our two-year old daughter Blythe flew over. We had secured an old housing unit on the back side of Fort DeRussy, the U.S. Army’s “rest and  recreation” area on Waikiki. Our tin roofed house, complete with a momma cat, was adequate, which was all we needed as we spent a wonderful week on the beach and seeing the sights. It was quite rudimentary compared to the megaplex Hale Koa Hotel for military personnel that stands there now amidst the Hilton, Sheraton and Trump resort hotels. But boy, was it wonderful.

While we were enjoying our time, toward the end of our port visit, the Jupiter and DESRON 9 ships put together a picnic over on Pearl Harbor. i was not interested, but nearly all of the officers of the Hollister not on duty attended. There was the usual Navy picnic fare and lots of friendly competition.

The Hollister’s communications officer was Wendell Parker. He was very good at his job. He was also very gregarious. During the picnic, he met his counterpart on the Jupiter. They got along very well and spent nearly the entire picnic talking to each other.

His counterpart was Prince Charles.

The ships sortied together, standing out of Pearl Harbor. i was up to my neck in distillation plant problems (we called them “evaps”), another story. But as the Jupiter headed west and the Hollister with her sister ships turned toward Long Beach, the two comm officers traded this wire note: 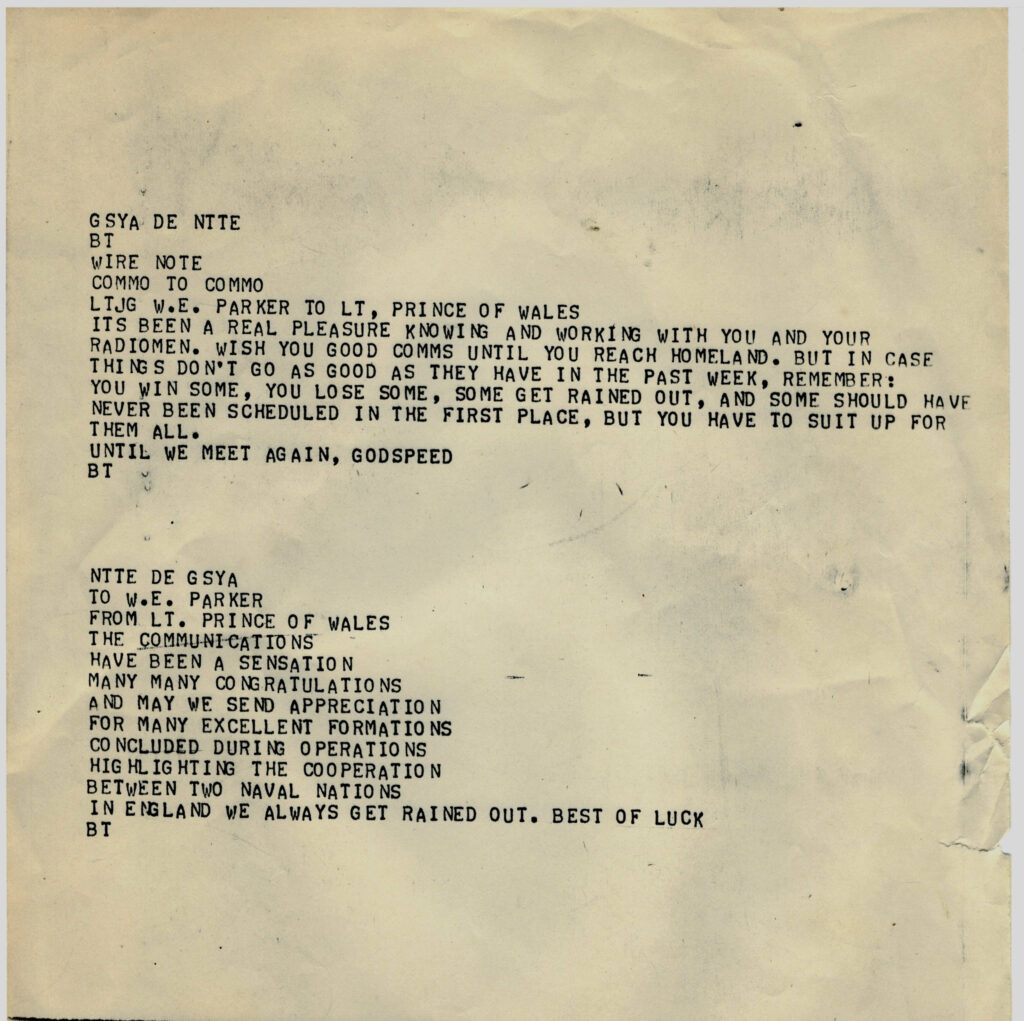 It seems the prince possessed my kind of humor. i was sorry i didn’t get to meet him.

But you know what? i wouldn’t trade it for what i had: 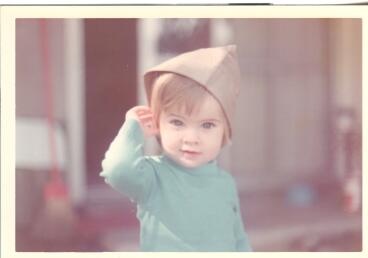