Another note about Memorial Day.

Yesterday, my cousin, Lori Oxendine, posted a photo of this young man on Facebook and told of his and his ship’s heroics in WWII. Later yesterday, i found the program included here (again) among my grandmother’s keepsakes handed down to me from Aunt Naomi (Jewell) Martin, to her son Maxwell, to my father, and finally to me. I am in the process of sorting this box of memorabilia and more from Mother, Daddy, and Aunt Bettye Kate Hall.

The photo on the program is the same as the one Lori posted. i’m sure my cousin Joann has a copy, but this one is special in that it has our grandmother’s writing on the side of the front page. i am imagining Carrie Myrtle Orrand Jewell,”Mama” to me, in that house at the beginning of West Spring Street writing the note to file in those special things she kept: “Jessie’s boy that they took care of when he was young and went into the service.”

i do not know the circumstances around Uncle Jessie and Aunt Alice bringing Tad into their family. Knowing them, they saw someone in need and took action, making Tad a part of their family. The sisters, Myrtle, Joann, and Shirley, considered him a brother.

Lori called him “Tad.” The program lists his nickname as “Tab.” i’m pretty sure Lori is correct. i didn’t know him as he and his ship, The USS Rowan (DD 405) were sunk eight months after i was born.

It makes me shudder to think of the sacrifice of all Americans during that war, and Tad’s hits close to home. i can envision the church on North Cumberland Street: dark wood inside with stained glass  windows. i can imagine reading the typed program, and reciting the litany in unison with the congregation. i can hear the rustling of quiet in the minute of silence at the conclusion. i can picture Aunt Alice, Aunt Naomi, my mother, and Mama Jewell tearing up while Uncle Jessie remained stoic during the service. Here’s the four-page program: 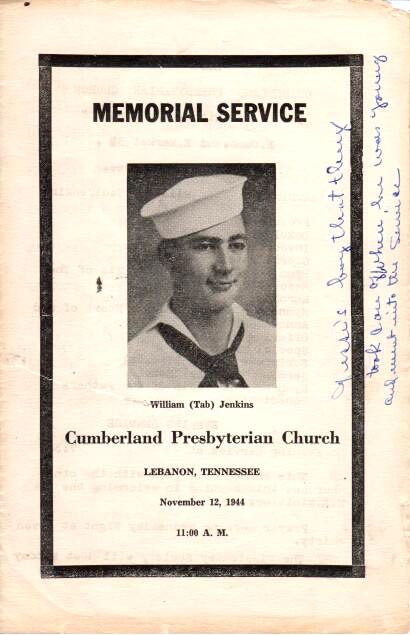 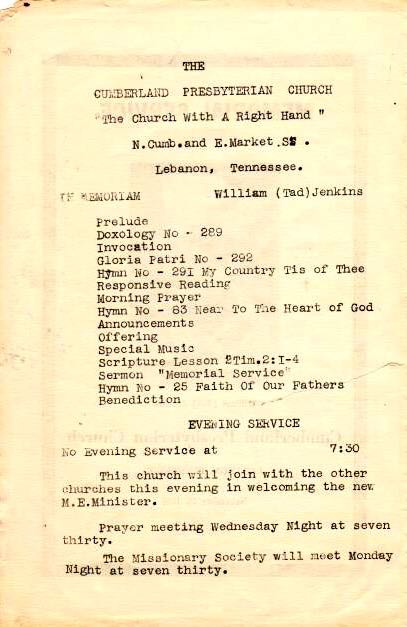 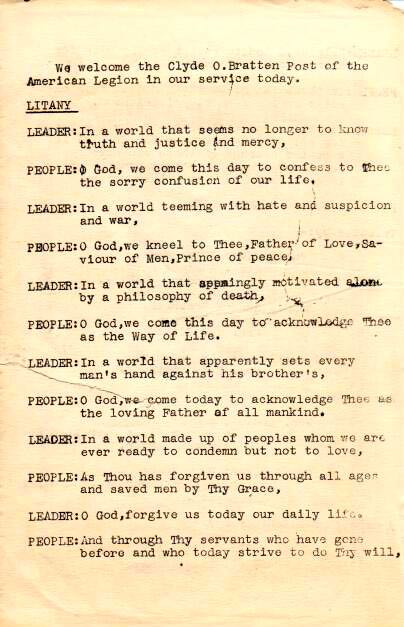 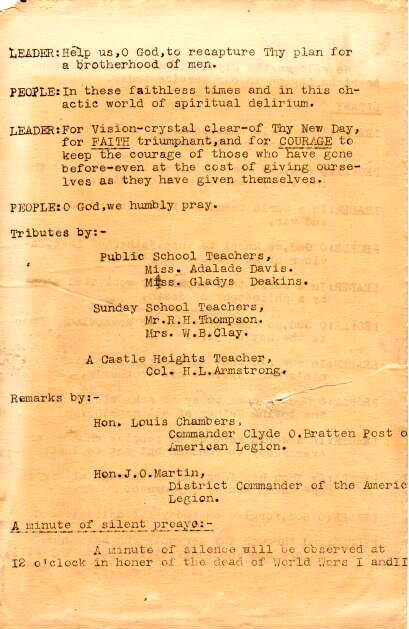 While thinking about how powerful a service this must have been, i wanted to say something more and did another web search. There, just as powerful, perhaps even more so was this newspaper clipping: 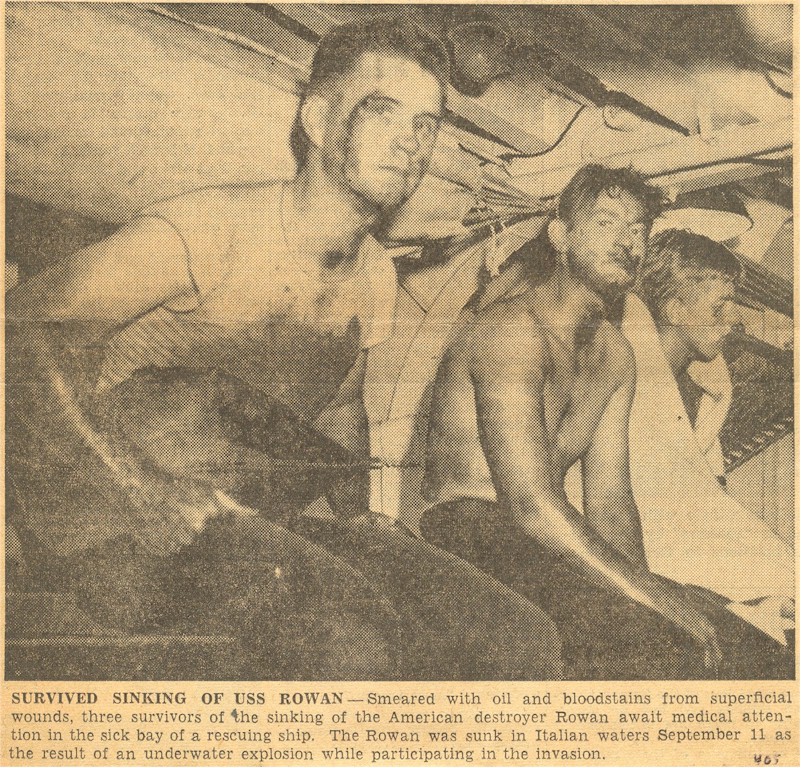 i found myself wishing Tad had been one of the young men in this photograph. At that moment, i was in tune with the agony of World War II.

i am sending the program to my cousin Joann, a wonderful caring lady in her own right, who knew Tad as her brother.