Tonight, i participated in some email banter about a super bowl pool. i commented on my pick of number 19, the hull number of my last ship, the USS Yosemite (AD 19). One of the emailers asked if it was still afloat. In my response, i included the below, written when i learned of Yoyo’s demise in 2003, with my answer in the negative. i was not thrilled to get orders to her in 1983, but she was one of the best ships i had of the eleven at-sea assignments. From 2003: 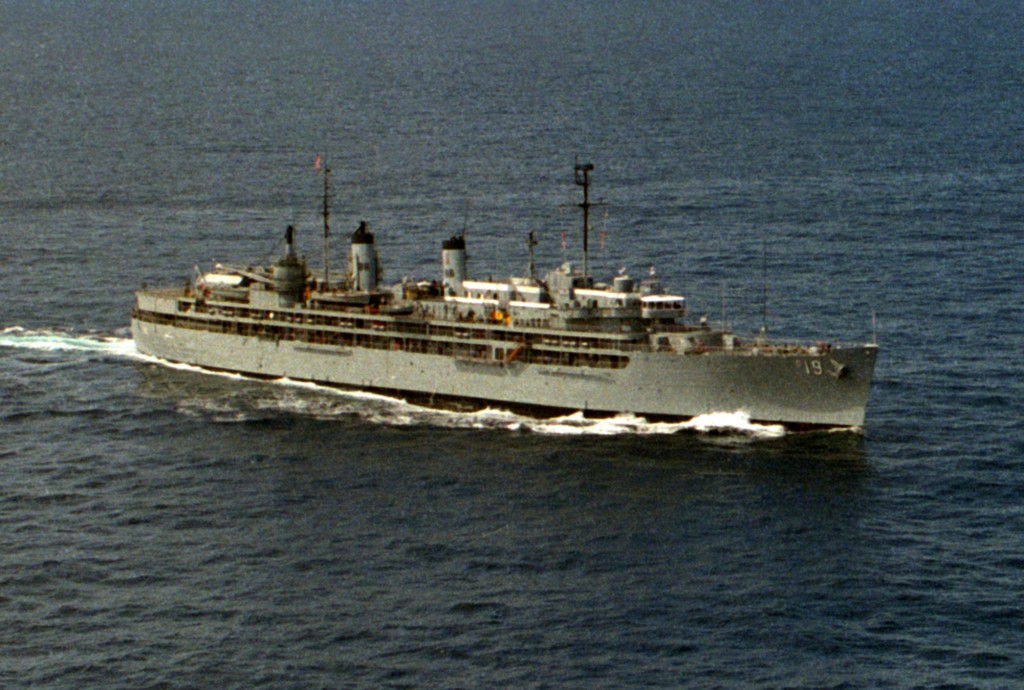 The message subject was “SINKEX,” as in gone. That means she was sunk as a target in a Naval exercise. Since the message came from a destroyer squadron commander, I hope it was a surface ship that shot her down.

Sailors use the feminine gender to describe ships. There is probably some politically correct group out there trying to neuter the tradition. That it is sad because Yosemite and the other ships I served on were true ladies of the sea, elegant, practical and fearsome in their different ways. I loved all of those that carried me as part of their wardrooms.

Yosemite was special. I confess I had to learn to love her. I went to her to serve as executive officer in 1983 for the sole purpose of attaining the necessary qualifications to screen for command at sea. I did not like tenders: they did not go to sea enough. They did not land amphibious troops and equipment; they did not fire guns and missiles; they did not hunt submarines. They did not scream around at twenty-seven knots with the spume of a rooster-tail off the stern and the wake as wide as a four-lane highway extending to the horizon. They did not belch landing craft out of the stern of a well deck in rolling seas.

She steamed like a champion for my tour. We deployed for seven and a half months just a month after I reported aboard. She was the first ship with women as part of the crew who spent extended periods out of port (Most before had transited from port to port and provided repair and maintenance services pier side or moored). She provided repair availabilities for destroyers and cruisers while anchored off Masirah, Oman, and she accomplished in four days what normally took two weeks back in the states. She did that for fifty-five days, took a break and then did it again for forty-five days. She had a crew of 900, including 106 women, and a wardroom of 44, six of whom were female, and gave me a completely different perspective of women at sea: the Captain said it best when he announced, “We don’t have women on this ship. We don’t have men on this ship. We have sailors on this ship and we are going to operate that way.”