i decided to publish this a couple of hours early. That way i can celebrate all day tomorrow.

Today is my father’s 101st birthday.

I wrote very little on his century mark last September. I had lost him just over a year before and lost our mother nine months later. I was still in the stage of realizing what i really had lost. Now it’s time to reflect.

Included here is an article i wrote for The Lebanon Democrat in 2000 as a salute to him on his 86th birthday. In 2004, they moved from their home of 62 years a whopping four blocks away to a “condo” in Deer Park where they lived until fragility, infirmities, and old age required them to stay at Elmcroft, an assisted living facility on what used to be the southwest end of Castle Heights Military Academy.

In 2009, i honored his 95th birthday with a poem, the only one thus far published in my Democrat column “Notes from the Southwest Corner.” i still think it is one of the best poems i have ever written. He was surprised i knew so much about him.

He and my mother were born, raised, lived, and died in Lebanon, Tennessee, a place that seems to have kept most of the folks who were born there, a tribute to a small town. 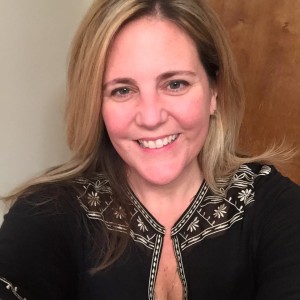 In what i think is an irony, my father and Allyson Odom Collingsworth share the same birthday, just a grunch of years apart. I fell in love with Allyson’s mother, the late Sharry Baird Hager, in our fourth grade class taught by Mrs. Major at McClain Elementary School. I never quite got over her.

That is appropriate because Lebanon seems to me to be a city of love. Oh yes, it has its problems. After all, politicians are a necessity, and politicians mean there are problems. There are criminals, some pretty rough criminals. The place keeps growing and that is not always a good thing, at least in my mind. It may sound a little squirrelly for an old salt to write of a city of love, and there probably is a more appropriate description, but all of my friends there seem to exude that quality.

My father was proud of Lebanon. He loved driving people, including me, around the town to show off the latest business, the latest industry that had settled there. Although he complained about the lack of common sense in new road planning, he was proud of those new roads.

He was part and parcel of Lebanon. I miss him and his Lebanon. I will think of both quite a lot today. i am a very lucky man to have had him with me for so long.

When most folks meet him
they notice steel blue eyes and agility;
his gaze, gait and movements
belie the ninety-five years;
but
those folks should look at his hands:
those hands could make Durer cry
with their history and the tales they tell.

His strength always was supple
beyond what was suggested from his slight build.
His hands are the delivery point of that strength.
His hands are not slight,
His hands are firm and thick and solid,
a handshake of destruction if he so desired
but
he has used those hands to repair the cars and our hearts;

His hands are marked by years of labor with
tire irons, jacks, wrenches, sledges, micrometers on
carburetors, axles, brake drums, distributors
(long before mechanics hooked up computers
deciphering the monitor to replace “units”
for more money in an hour he made in a month
when he started in ’35 before computers and units).

Veins and arteries stand out
on the back of his hands
and beyond;
the tales of grease and oil and grime
cleaned by gasoline and goop and lava soap
are etched in his hands;

His hands speak of him with pride.
His hands belong
to the smartest man i know
who has lived life to the maximum,
but in balance, in control, in understanding,
gaining respect and love
far beyond those who claim smartness
for the money they earned
while he and his hands own smartness
like a well-kept plot of land
because he always has understood
what was really important
in the long run:
smarter than any man i know
with hands that tell the story
so well.

I couldn’t think of a better way to honor him than in this manner. He was an incredible man, and those hands…oh those hands.

4 thoughts on “A Pocket of Resistance: A 101st Birthday”